Starting July 1, California's gas tax goes up. It's an overall 51.1 cents per gallon making the total state taxes and other charges on gas the highest in the country 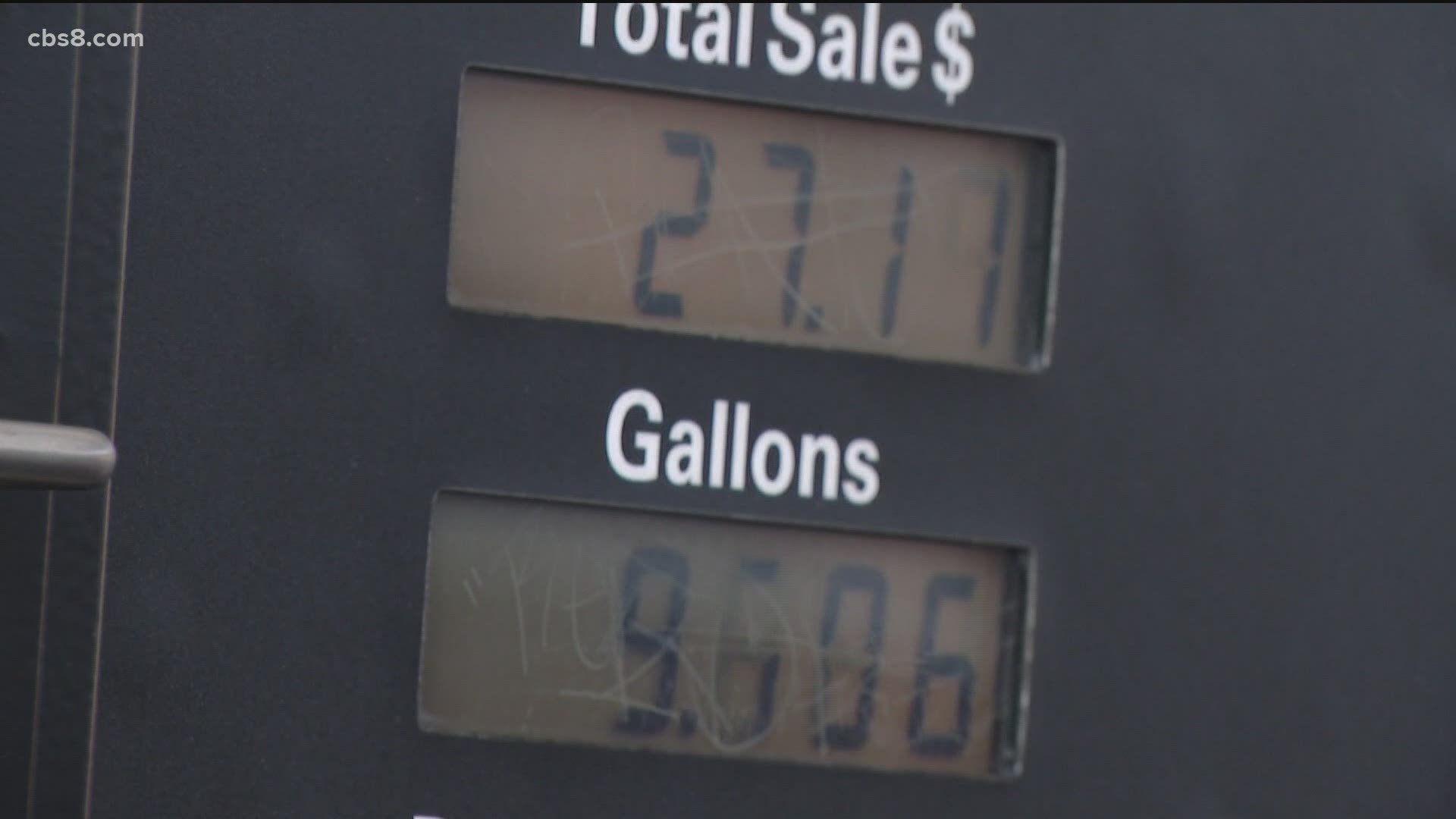 SAN DIEGO — The state of California’s latest gas tax increase won't make a huge dent in the wallet, but it is just another layer on top of the already expensive prices that Californians pay.

Many are mentally preparing for more pain at the pump.

“I try to look away because I don't want to see the damage,” said delivery driver Victor Sanchez, who said it cost $80 to fill up his van.

"I kind of already thought it went into effect, I didn't know it was going to get that much worse,” said Orange County resident Justin Brown.

This automatic increase is due to Senate Bill 1 that was signed into law in 2017 and incrementally raises the fuel excise tax each year to help fund road and bridge repairs. It is an overall 51.1 cents per gallon making California's total state taxes and other charges on gasoline the highest in the country.

"Nowadays, it is just like a fact of life, you know that California is expensive on gas,” said Steven Ramirez, Santee resident, who now gets ethanol gas in an effort to save money.

So just how much will this new tax increase cost Californians?

"We don't anticipate it is going to have a major or significant impact on people’s wallets at the pump. It's about $0.006 cents per gallon, and for that typical 14-gallon size fuel tank, that means you're paying about 8 cents more per fill up, so not a huge difference," said Doug Shupe, AAA Spokesperson for Southern California.

That bump in tax is on top of the federal gas tax we all pay at 18.4 cents a gallon. The average in San Diego is $4.26 for a gallon of regular unleaded gas.

"Now as we get closer to the Fourth of July, the demand for fuel is putting upward pressure on the prices at the pump,” Shupe said.

Justin Brown said due to the spike in gas prices, he is not getting on the road for Independence Day.

"I'm going to try to not go anywhere for the Fourth of July, I think I'm going to stay home and ride my bike," he said.