On social media, #PresidentPelosi began trending Thursday morning, following a tweet from President Trump about wanting to delay the election. 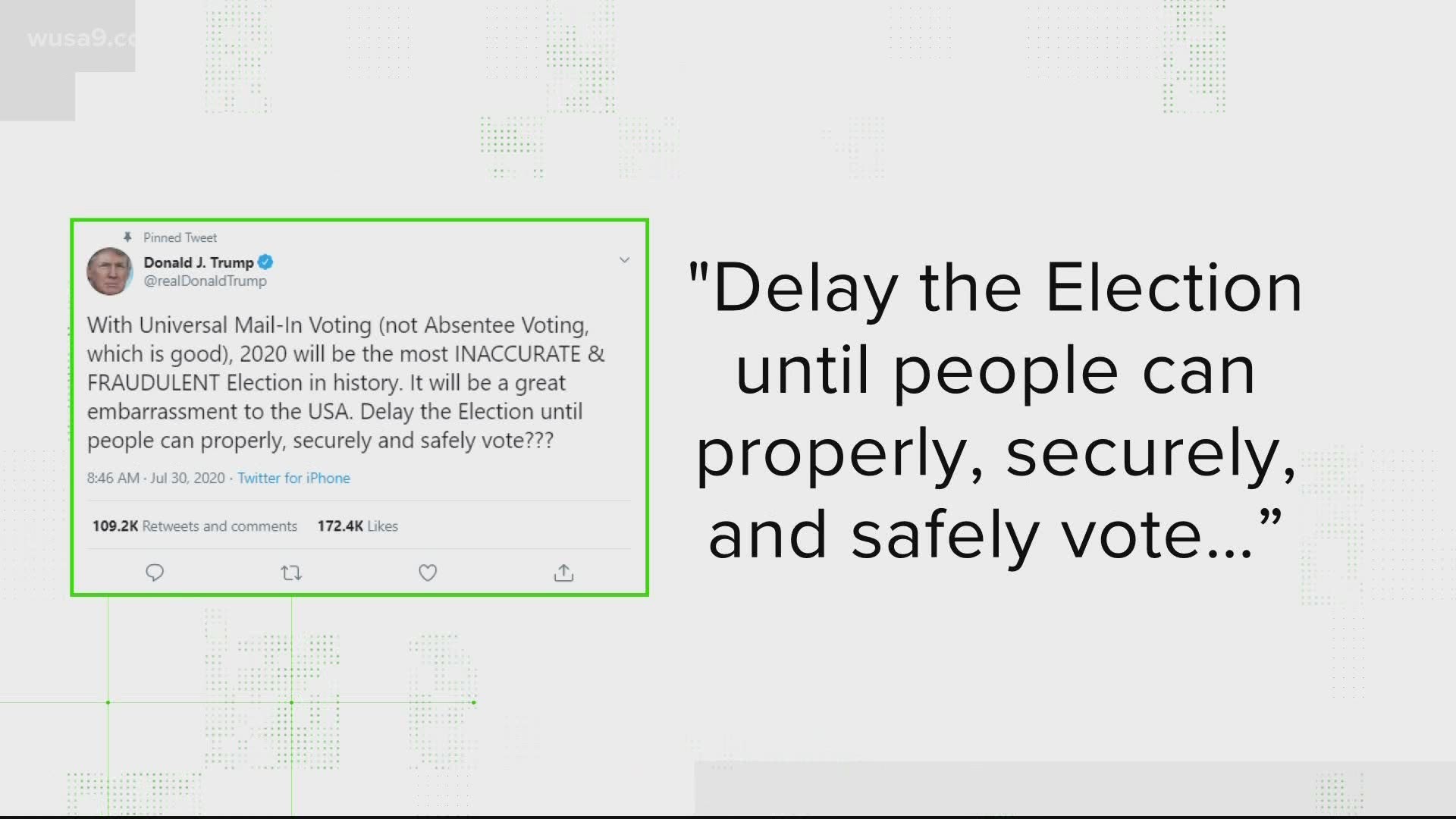 If Congress took the unlikely action of delaying federal elections, would Nancy Pelosi become president on Jan. 20, as rumored on social media?

No. The Constitution mandates that a presidential term ends on Jan. 20, meaning that President Donald Trump and Vice President Mike Pence would be out of the office at that point. House Speaker Nancy Pelosi would be next in line.

However, she would be out of the office on Jan. 3 if federal elections were delayed. Next in line would be the President Pro Tempore of the Senate, which is currently Sen. Chuck Grassley (R-IA).

It's worth noting that this process could change since only 65 senators would remain in the Senate on Jan. 3, 2021 if the federal elections are delayed. Since a majority of the remaining senators would be Democrats, they could select a new President Pro Tempore of the Senate. Governors could also replace these vacant seats, with appointed senators.

Our experts emphasize that delaying an election would be unprecedented, so it's unclear exactly how the transition of power would work. It's possible that states could hold elections of their own, under continuity powers.

But under the traditional succession rules, Rep. Pelosi would not be available, since she would be out of power if federal elections would be delayed.

Gary Nordlinger, Adjunct Professor at The Graduate School of Political Management at The George Washington University

20th Amendment of the United States

President Donald Trump shocked many on social media Thursday morning when he suggested a desire to delay the upcoming November elections.

"Delay the elections until people can properly, securely, and safely vote," he tweeted.

Soon after the statement, social media erupted with comments and questions about whether this could actually be done. As reported by the Verify Team in the past, the president does not have the constitutional authority to delay an election on his own.

Only Congress has the power to hypothetically delay an election.

The Presidential Election Day Act, which passed in 1845, mandates that the election be set for the 'Tuesday next after the first Monday in the month of November.' It's possible, although highly unlikely, that Congress could vote to amend this, therefore delaying the election.

If Congress did decide to delay the election, it would create a constitutional crisis, since the 20th Amendment mandates that the president's term must end on Jan. 20 at noon, no matter what.

"You can change all these dates," Gary Nordlinger, a professor of politics at The George Washington University, told WUSA9. "But you cannot change the 20th of January for the oath of office for the incoming president."

According to the Presidential Succession Act, the House Speaker would be next in line, following the president and the vice president. This would suggest that Democrat Nancy Pelosi would become president on Jan. 20.

This is why #PresidentPelosi was trending for hours on Thursday morning.

However, all members of Congress run for re-election every two years. If federal elections are canceled, Rep. Pelosi would also be out of office, starting on Jan. 3.

For this reason, we'd have to move to the fourth in line, which would be the President Pro Tempore of the Senate, Chuck Grassley (R-IA). Senators run for re-election every six years, and so numerous senators, including Grassley would still be in office January 2021.

However, there's yet another wrinkle to this.

Without federal elections, 35 senators who are up for re-election would be out of office as well. In this remarkable, unprecedented moment, there would be just 65 senators, in which Democrats would have the majority.

If this majority remains, Democratic senators would choose the new President Pro Temp of the Senate, and thus select the new president. A CRS Report for Congress titled "Continuity of Government" outlines that governors are able to appoint new senators, in the case of emergency vacancies. This suggests Republicans may be able to hold on to their majority in the Senate.

Meanwhile, that same CRS Report outlines what would happen in the case of a vacancy in the house.

"The Constitution provides that in the event of vacancies in the representation from any state," it reads. "The governor of the affected state shall issue writs of election to fill such vacancies."

So it is possible that governors can call for an election for new House members. Hypothetically, they could hold elections of their own, select new members, and those members could vote for a new House Speaker before Jan. 20 when the President's term finishes.

Legal expert Paul Smith of Georgetown University said that it is highly unlikely that Congress would decide to delay an election. He also suggested it would be dangerous.

"The election was held in the Civil War," he said. "When half the country was in insurrection... this is a scary time, but it's not that kind of scary time. We need to have democracy maintained."