The pour will be the final one over I-5 as well as along the elevated trolley railway that will terminate at University Town Center. 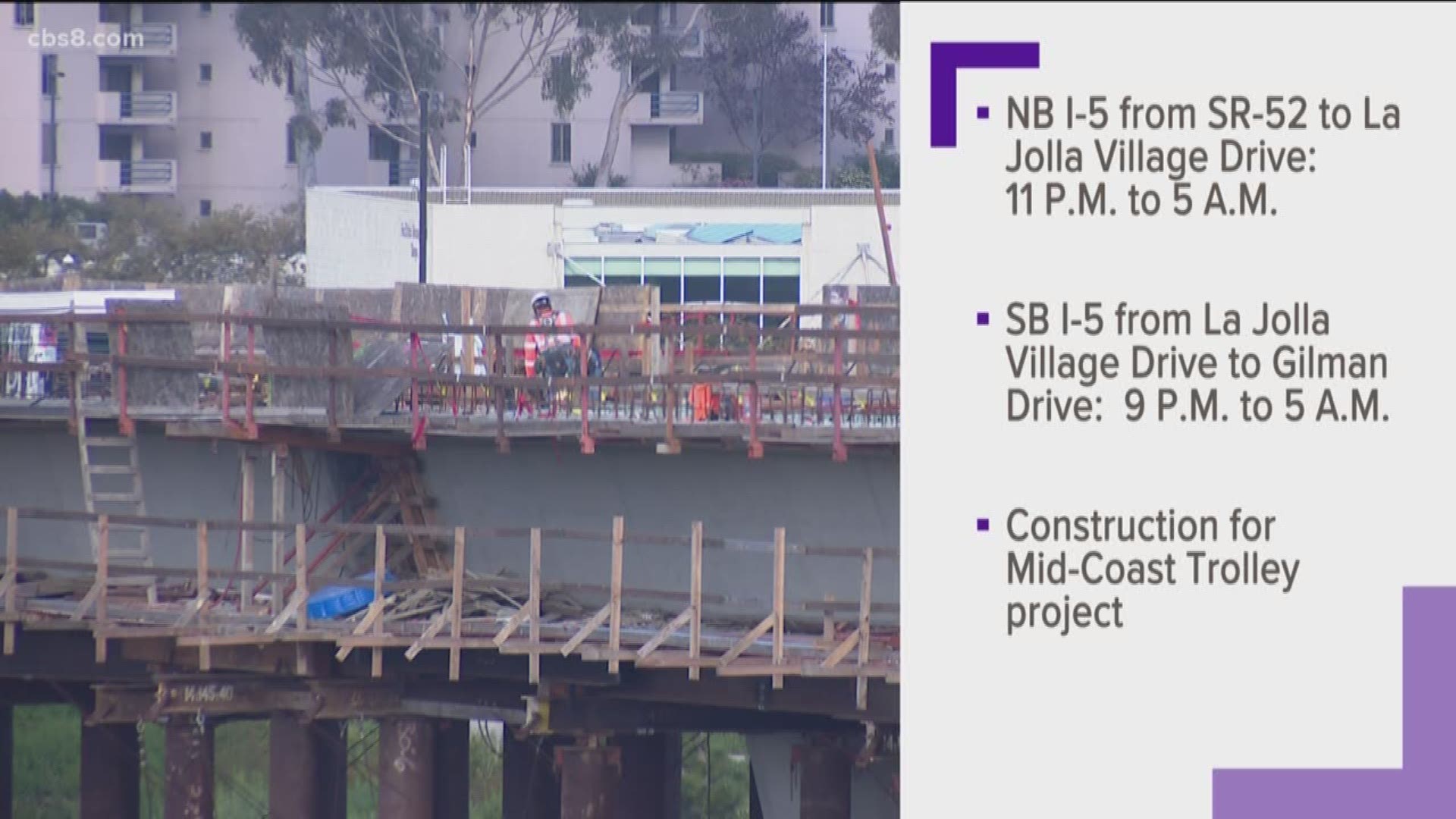 SAN DIEGO — The San Diego Association of Governments will close portions of Interstate 5 in La Jolla today to conduct the largest concrete pour of the Mid-Coast Trolley project since it began in 2016.

The concrete pour for the deck of a trolley overpass south of Nobel Drive will necessitate the closure of northbound I-5 from state Route 52 to La Jolla Village Drive from 11 p.m. Monday to 5 a.m. Tuesday morning and the partial closure of southbound I-5 from La Jolla Village Drive to Gilman Drive from 9 p.m. today to 5 a.m. Tuesday.

Crews will pour 650 cubic yards of concrete to form the 670-foot deck. The overpass will span nearly 40 feet across the freeway and is one of two trolley overpasses spanning I-5, according to SANDAG. The pour will be the final one over I-5 as well as along the elevated trolley railway that will terminate at University Town Center.

The extension will add trolley stops in Mission Bay Park, UC San Diego and Westfield UTC, among other areas. SANDAG is receiving $1.04 billion in funding from the Federal Transit Administration to complete the project.

The extension and related projects are intended to reduce traffic congestion as the county's population increases. Construction is scheduled to be completed in 2021.