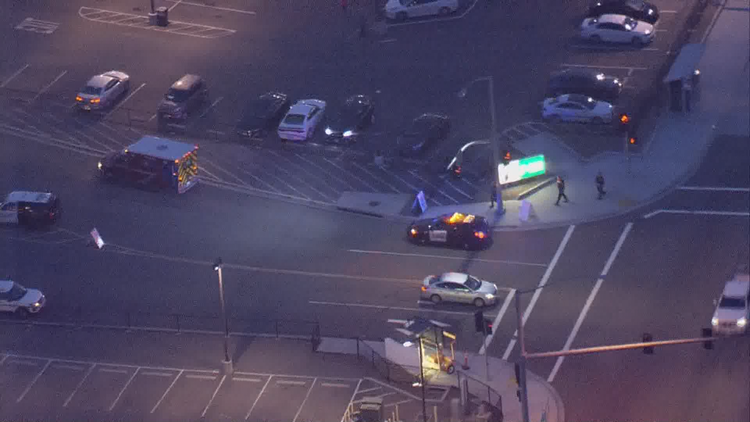 SAN DIEGO — Authorities responded to a hit and run accident that left a pedestrian injured near the San Diego International Airport Tuesday morning.

The accident happened near Liberator Way and North Harbor Drive shortly after 6 a.m.

Chopper 8 flew over the scene and saw multiple police cars and at least one ambulance. Harbor Police say the hit and run vehicle may be a dark 4-door sedan.