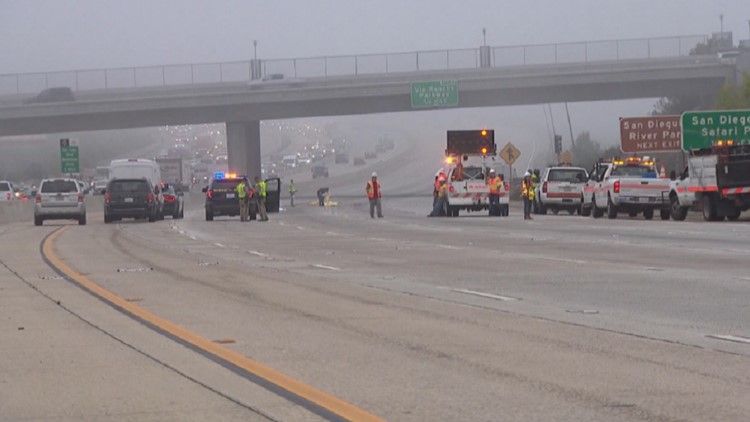 Pedestrian struck, killed on I-15 in Rancho Bernardo, shuts down northbound lanes

SAN DIEGO — All lanes were reopened on Interstate 15 in the Rancho Bernardo area after a pedestrian was struck and killed Friday morning, authorities said.

Upon CHP arrival it was determined that the unidentified pedestrian had been struck several times by passing motorists. The circumstances leading up to the crash were under investigation, Bettencourt said.

The CHP issued a SigAlert around 4:35 a.m. shutting down all northbound lanes south of West Bernardo Drive. Two HOV lanes were opened for all northbound traffic.

The San Diego CHP is asking for any motorists that may have seen something to contact investigators at (619) 220-5492.