Cruises set to return to San Diego in September

Holland America announced its first voyage is scheduled to leave the Port of San Diego Sept. 18. 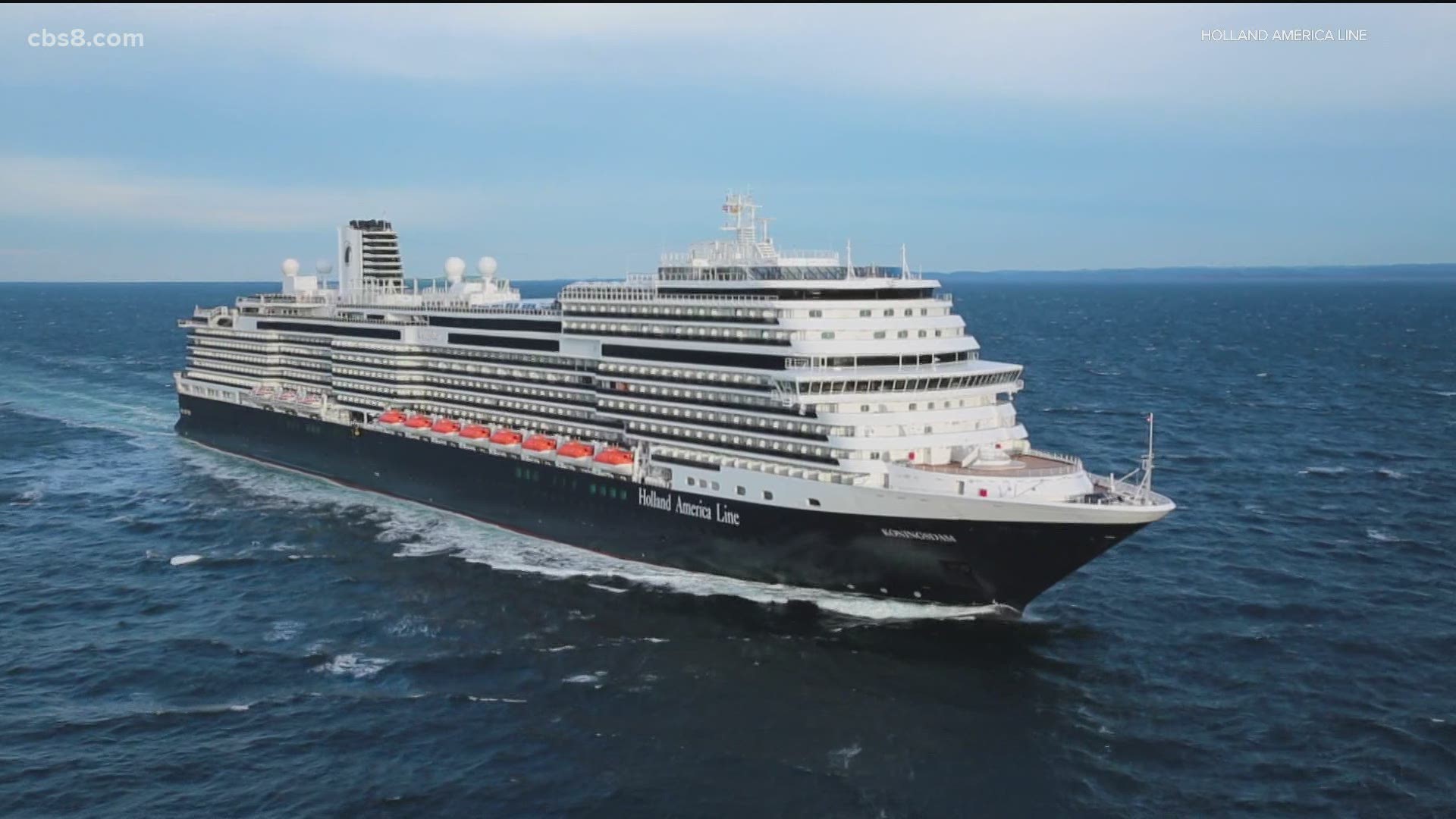 On Monday, Holland America became the first cruise line to announce its return to the city's port.

The last time a cruise ship left San Diego for a voyage was back in March of 2020.

Between then and now, officials say our local economy has lost about $280 million.

"This is yet another sign in the resurgence of our economy post pandemic that we're launching new and safe travel options for people to recreate and to come to San Diego and to have a good time," San Diego Mayor Todd Gloria said.

Starting in mid-September, through April, Holland America is set to host 40 cruises sailing round trip from America's Finest City, with another three that will begin or end here.

"For the upcoming 21-22 season, the cruise line will bring nearly 92,000 guests to the city which will result in more than $35 million in direct spending," he said.

During the pandemic, cruise ships were forced to halt operations after COVID-19 spread rapidly on various carriers, leading to several illnesses and deaths.

Holland America Line President Gus Antorcha said the company has since invested in a number of measures to ensure everyone's safety.

To be allowed on board, guests must show proof they've been vaccinated.

All crew members will be vaccinated as well.

"As well as for the crew initially, we're gonna ask them to wear masks," Antorcha said.

Antorcha said crew members, many of whom haven't worked this entire time, are excited to welcome back guests.

Shabby Tavakoli is happy as well.

She owns Seaport Fudge Factory in Seaport Village and says not having cruise ships in San Diego has been devastating.

"Last year when they disappeared for the past 15 months, it was horrendous on the business, on Seaport Village and all of the downtown eateries and shops," she said.

"For us to come back, we need all sectors including cruise ships to come back to San Diego," San Diego Tourism Authority President and CEO Julie Coker said.

The Holland America cruises will be fully operational with restaurants, entertainment and excursions.