A storm of freezing rain and gusty winds spewed an inch of frozen precipitation throughout the Pacific coastal city of Vladivostok. 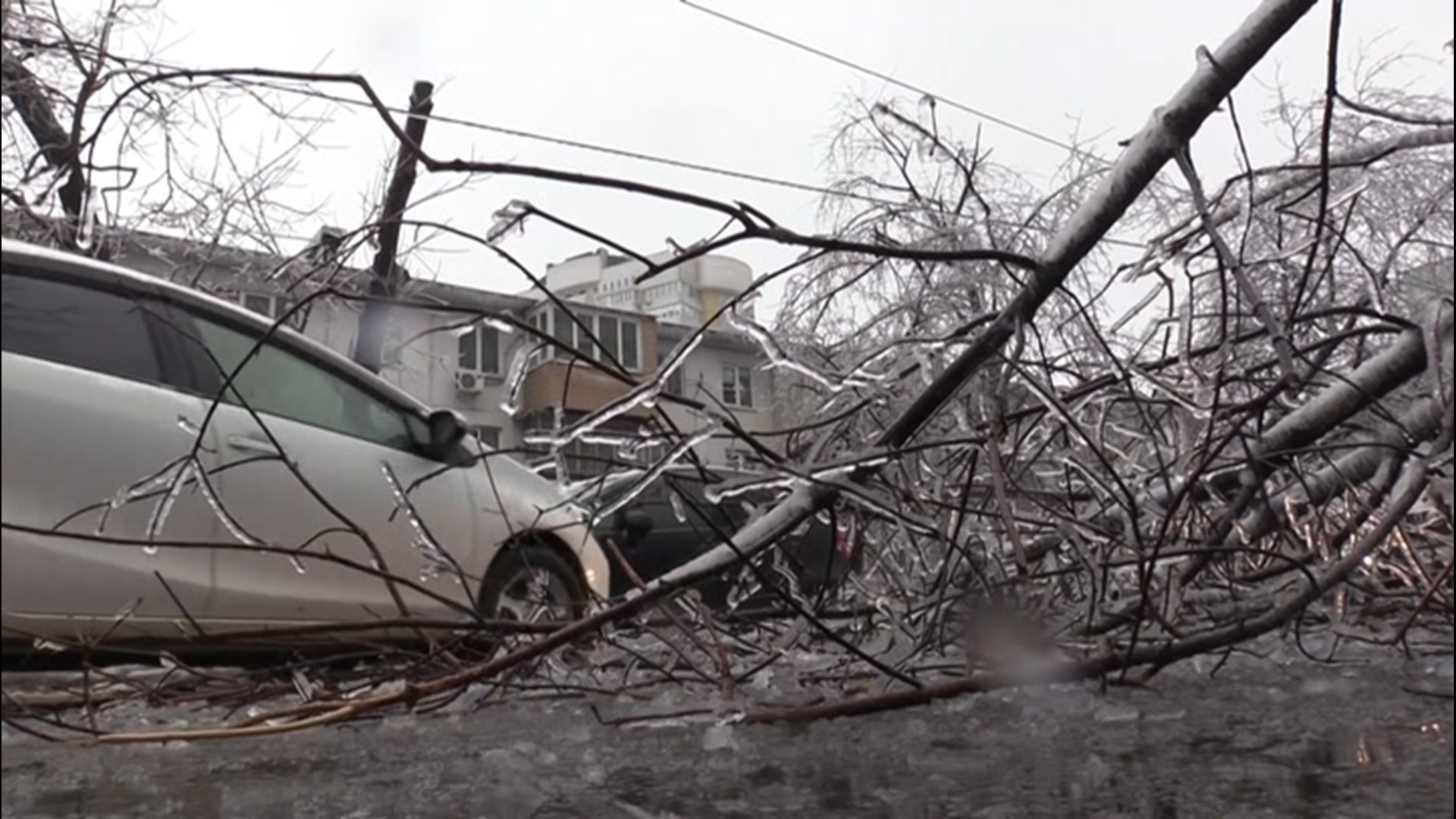 Many have joked about 2020 ushering in the end of times based on how the year has unfolded. Recent photos and videos emerging from Russia had some suggesting that a frozen apocalypse might already be underway.

A storm of freezing rain and gusty winds spewed an inch of frozen precipitation throughout the Pacific coastal city of Vladivostok, one of the largest cities in the far east region of Russia. The weight of the ice caused power lines to droop over roads and trees to fall on Thursday, leading to power outages to about 150,000 residents in the region, according to local media.

The destructive ice storm triggered a state of emergency in Russia's Far East, The Siberian Times reported. The news outlet referred to the event as "weather apocalypse."

State of emergency in Russian Far East as ice rain causes collapse of key systems. Weather apocalypse leaves 120,000 people without electricity, many without heating and water at -1C https://t.co/RGfQwKxK7B pic.twitter.com/yGQQxl1aSN

The power plant Vostochnaya Combined Heat and Power Plant also announced that electricity generation would have to be halted due to the conditions.

"The Energy Ministry exercises special control over power supply in the Primorsky Region: a portion of power transmission line turned off due to heavy snow with wind; Vostochnaya CHPP halted electricity generation, and power supply to a portion of consumers has been disrupted," according to the Russian News Agency.

The ice caused headaches for travelers in the easternmost parts of Russia, as airport runways and planes needed to be de-iced while drivers had sheets of ice covering their windows, even after rolling them down.

The snow and ice also set the stage for a near-death experience for one very lucky man in Vladivostok. A security camera captured footage of a man scraping snow and ice from the windshield of his parked car. The man, apparently hearing a noise above him, abruptly stopped and looked up, then fled from the car just in time. A second later, a huge concrete slab came crashing down on the vehicle, leaving it in total ruins. The man escaped unharmed.

It's not clear if the weather played a role in the slab suddenly falling from above, but the wintry outburst created the scenario that put him in what was a potentially deadly situation and the shocking scene was all part of the chaos unfolding around the city on Thursday.

According to AccuWeather Meteorologist Adam Douty, the storm occurred from Wednesday night into Thursday, and the frozen precipitation can be blamed on a difference between surface and atmospheric temperatures.

"Observations show that 25 mm (an inch) of precipitation fell during the time, much of which fell as freezing rain," Douty said. "As the storm strengthened and tracked just to the south of Vladivostok, it was able to pull low-level cold air southward from northeastern China and eastern Russia, while milder air moved in aloft."

Once that rain reached the frozen surface, Douty said it immediately froze due to the low overnight temperatures, amid bitterly cold conditions that he said should be expected to linger in the area for most of the foreseeable future.

With overnight temperatures expected to fall as low as -16 C (4 F) over the weekend, a dangerous situation could unfold for those that remain without heat or electricity.

"Other than a high of 1C (34 F) on Saturday, temperatures are expected to largely remain below freezing through Monday," he said. "However, the return of some sunshine could help to begin melting the thick layer if ice from some surfaces."