The shortest month of the year will offer plenty for stargazers to view. 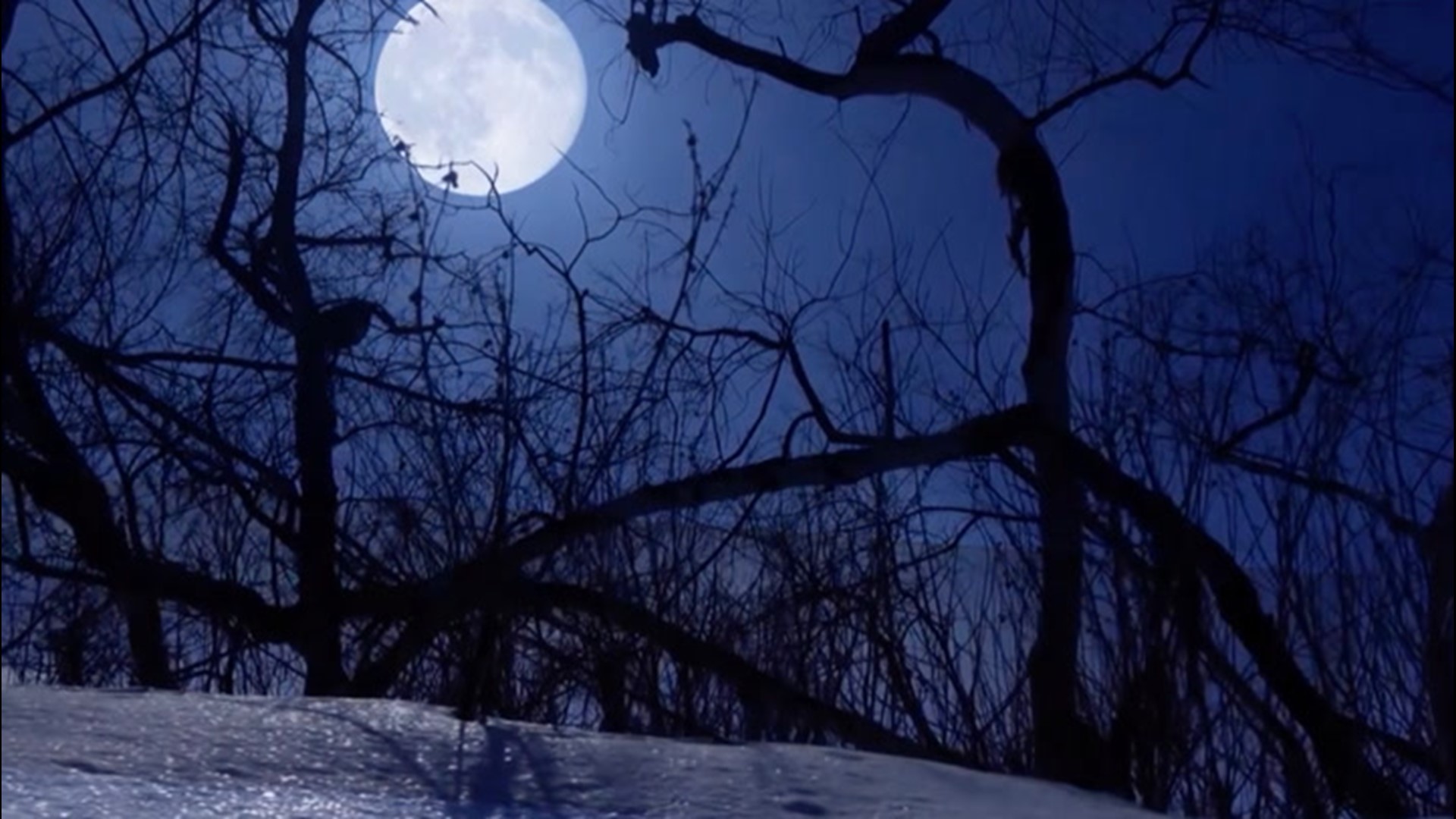 The shortest month of the year will bring three unique stargazing opportunities for people across North America, including an eclipse-like event with one of Earth's closest neighbors and the moon.

Here are the top three astronomy events to look for throughout February:

Stargazers stepping outside on Saturday, Feb. 8, will look to the skies to see an unusually large full moon, a phenomenon that has come to be known as a supermoon. The term supermoon has become popularized in recent years as a full moon that falls near perigee, the point in the moon's orbit when it is closest to the Earth. As a result, the moon appears slightly larger than normal, although the difference can be difficult to detect for the casual observer.

Supermoon or not, February's full moon has taken on many different nicknames throughout the years including the Snow Moon, the Hunger Moon and the Bone Moon.

A rare celestial alignment will be visible in the early-morning sky during the middle of February, but only for people across North America under cloud-free skies.

Shortly before sunrise on Tuesday, Feb, 18, Mars will disappear behind the moon in an event known by astronomers as an occultation. The Red Planet will reappear on the other side of the moon a little over an hour later. The start and end times of this event will vary depending on the viewer's location.

Once every four years, February features an extra day, the only time when Feb. 29 appears on the calendar.

The reason why this extra day exists is because there are 365 days in a calendar year, but it takes approximately 365.25 days for the Earth to make one revolution around the sun. To make up for this difference, one extra day is added at the end of February once every four years.

Not only does leap year bring one extra day, but also one extra night. This is a great opportunity to take in the winter sky before the stars and constellations begin to change throughout the spring. The constellation Orion shining in the night sky. The three stars in line in the middle of the image are known as Orion's Belt.

Orion is one of the most popular constellations that is only visible in the Northern Hemisphere from late fall to early spring. It will become visible after nightfall in the southwestern sky before setting around 3 a.m. local time. An easy way to find it is to look for three stars lined up close to each other, the part of the constellation known as Orion's Belt.

Just below and to the left of Orion is Sirius, the brightest star in the night sky.

Not only is this a good time of year to see the winter night sky, but it is also great for stargazing in general. This is because there is less moisture in the atmosphere during the winter, providing a clearer view of the heavens when compared to the mild and muggy nights during the summer.

Looking back at January:

The year kicked off with a brief, but intense meteor shower in the sky over North America. The annual Quadrantid meteor shower reached its climax during the early-morning hours of Jan. 4, bringing dozens of meteors per hour to those under cloud-free skies.

Less than one week later, the full Wolf Moon rose in the night sky. For most of the world, this full moon also brought a penumbral lunar eclipse, the first of four this year. However, the eclipse had ended by the time the moon rose over the Americas.

In addition to her historic spacewalks, Koch set another spaceflight record, surpassing NASA astronaut Peggy Whitson for the single longest space mission by a woman. Koch has been on the ISS for over 300 days and is not expected to return to Earth until early February.

January was a busy month for SpaceX with the company launching 120 satellites into orbit. The company also took the next step into launching astronauts into space with a successful in-flight abort test, proving that their Dragon spacecraft can keep astronauts safe if there is an issue during a launch.

In late January, scientists revealed a close-up view of the sun's surface never seen before. It was the highest resolution image ever taken of the sun by using a powerful telescope sitting at the top of the Haleakala Observatory on the Hawaiian island of Maui.