The 2020 Atlantic hurricane season has already been one for the record books. 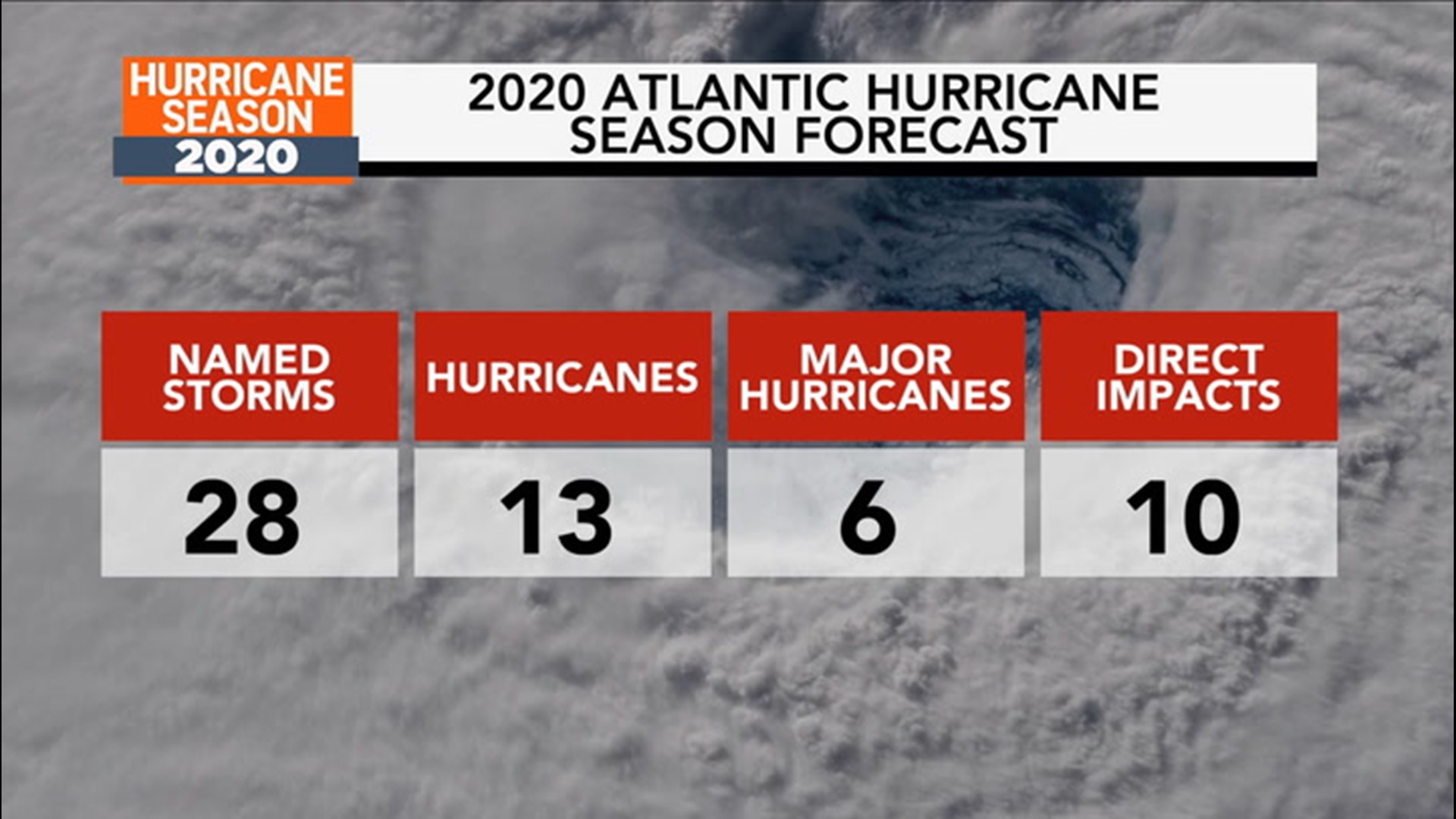 The 2020 Atlantic hurricane season has already been one for the record books, including the number of storms that have formed so early in the season and the number of landfalls that have occurred in the United States, and even more records may soon fall, despite a brief lull in tropical systems churning across the basin.

There were no tropical cyclones spinning across the Atlantic on Thursday for the first time since Sept. 6, or 18 days ago. Additionally, the National Hurricane Center did not identify any invest areas that they were monitoring on Thursday for the first time since late August. The current break in Atlantic tropical activity won't last long though, and indications are pointing to development picking back up in early October, forecasters warned.

Storms have been forming at a record pace this year, with Tropical Storm Cristobal as well as every named storm from Edouard through Beta beating previous early-formation records in the Atlantic. Most of the records that have been knocked off the list had been set during the historic 2005 hurricane season, which generated a record-setting 28 named storms in one year. The 2005 season was the only other year in which Greek letters had to be used, with storms Alpha to Zeta being named.

This season is on pace to tie or perhaps break the record number of storms to achieve tropical storm status or greater. Thus far, there have been 23 such storms this year. AccuWeather meteorologists predicted that 2020 will tie the previous seasonal record set with a total of 28 named storms now projected. More storms are likely to be given Greek letters for names in the coming weeks and perhaps even into December, beyond the official end of the Atlantic hurricane season on Nov. 30.

There is another troublesome record that the 2020 season has broken. The U.S. has already experienced nine landfalls from tropical systems so far this year, which ties 1916 for the most in one season.

Hyperactivity came to a screeching halt in the Atlantic during the middle of this week with the final demise of Paulette after it had regenerated near the Azores, the slow weakening of Beta over the interior southern United States and Teddy evolving into a non-tropical storm over the cold waters of the North Atlantic. However, AccuWeather meteorologists say it is way too early to expect the Atlantic to remain quiet for the rest of the year.

"The disturbances that roll off the coast of Africa during October and November are generally not as robust as they are from late August to mid-September," AccuWeather's top hurricane Expert Dan Kottlowski said.

These somewhat weaker disturbances originating from Africa can be more adversely affected by dry air and wind shear during the latter part of the hurricane season.

Even though the area from Africa to the islands of the western Caribbean still bears watching during October through November, areas of concern can also emerge farther west near North and Central America. The remainder of this year is expected to be no exception.

As residents continue to clean up from previous systems, especially Laura, Sally and Beta, meteorologists are watching the western part of the Caribbean closely.

The weather pattern is expected to flip across the U.S. as extreme heat develops in the West and unseasonable cold pays a visit to portions of the Great Lakes and East late next week. At the same time, a gyre is expected to develop over Central America.

A gyre is slowly spinning wind pattern that rotates counterclockwise. The spin from the gyre tends to create an area of low pressure. Sometimes the low pressure area can become more organized and grow into a tropical system, especially if a tropical disturbance from Africa is injected into it or a non-tropical weather system happens to stall nearby.

"We believe that during the first week or two of October, atmospheric conditions will be conducive for tropical development in the area from the western Caribbean to the coast of Central America," Kottlowski said.

However, there will be some protection or a natural guard in place for the United States and much of North America through the end of September.

"Strong wind shear developing over the U.S. Gulf Coast now will expand to include the prime development area of the central Atlantic through much of next week," Kottlowski said, adding that this will act as a strong deterrent against tropical development near the coast of the U.S. and also southeastward through the middle of the Atlantic.

There will still be some small pockets of low wind shear and moisture scattered about the Atlantic basin, which could be just enough to allow pop-up tropical systems to take shape.

A large area where wind shear will be moderate to start off and trend much lower during early October will be around Central America, or where that gyre is expected to form.

Should a tropical system develop in waters surrounding Central America during early October, steering breezes could allow such a system to move and accelerate over the islands in the western Caribbean and perhaps along the East Coast of the U.S. in the days that follow.

Such a system might be strongly affected by wind shear but could transition to a fast-moving, powerful subtropical or non-tropical storm.

Interests should not let their guard down, especially from Central America, northward to the Eastern Seaboard of the U.S. and Atlantic Canada. Forecasters urge those who live in hurricane-prone locations to have a plan in place and remain prepared should a system develop, especially during these uncertain times amid the pandemic, which has added challenges to storm preparations.