Severe thunderstorms are expected in portions of the Midwest. 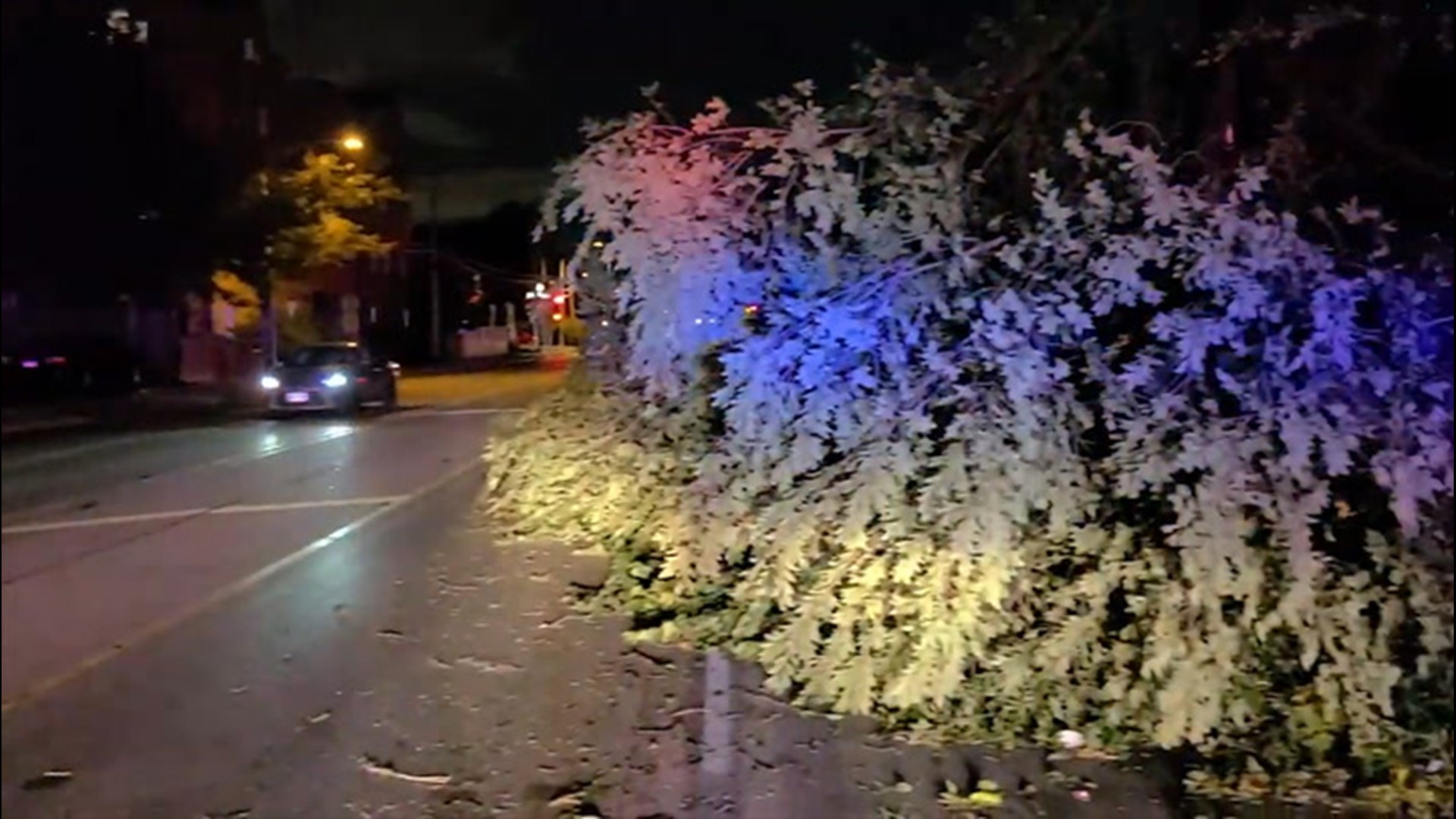 In the wake of a massive derecho that rolled across the Midwest on Monday, the same atmospheric disturbance will spark up additional rounds of heavy thunderstorms along its path once again during the day on Tuesday.

At the derecho's peak intensity, wind gusts in excess of 100 mph were observed across portions of eastern Iowa during the afternoon on Monday. Numerous reports of 70- to 90-mph wind gusts also brought along a wide swath of damage reports across northern Illinois, including the Chicago metro area as well.

Luckily, a thunderstorm complex of that magnitude is not expected on Tuesday. However, AccuWeather meteorologists will be monitoring a few separate areas for severe thunderstorm activity once again.

Amid hot and increasingly humid conditions, portions of the interior Northeast and New England will be one area to closely monitor for the threat of potentially heavy thunderstorms.

Ahead of the storm system that will eventually trigger these storms across the Northeast, a southwesterly breeze will bring a surge of moisture northward, putting the fuel needed for explosive thunderstorm development in place.

Anyone with outdoor plans across portions of upstate New York, including Ithaca, Syracuse and across the Adirondacks, will want to have a secondary plan of action prepared just in case thunderstorms develop overhead. As the afternoon progresses, this threat will translate eastward.

It is possible that another complex, or broken line of thunderstorms could develop once again during the afternoon. This threat could extend from the Champlain Valley and much of interior New England, southwestward into northeastern Pennsylvania.

In similar fashion to the events on Monday -- although not as intense -- damaging wind gusts and locally flooding downpours will be the primary concern from these thunderstorms. Although not as likely, reports of hail are also a possibility.

As the afternoon progresses into the overnight hours, thunderstorm activity is expected to weaken somewhat as they approach the Interstate-95 corridor across the Northeast and New England.

In the wake of the thunderstorm activity across the Northeast, a brief reprieve of the heat will be in store for some across the interior.

Another area of potentially threatening weather during the day on Tuesday from the same storm system will be along the trailing edges of the drier push of air across the middle and lower Mississippi River Valley.

Across this zone, plenty of atmospheric moisture will remain in place, providing fuel for potentially drenching thunderstorms. Areas from eastern Oklahoma, Arkansas, southern Missouri, Tennessee and northern Mississippi could come into play.

While locally severe wind gusts and hail are possible, the most expansive threat across this zone will be from heavy rain that could lead to flooding.

Mother Nature will be keeping busy across the country, as a threat for severe weather will unfold in another region of the country.

A weak disturbance at the jet stream level of the atmosphere will be streaking eastward out of the Rockies and into the High Plains during the day, which will set the stage for explosive thunderstorm development during the afternoon hours.

Areas along and east of the I-25 corridor in Colorado and Wyoming will be first in line for this threat as storms erupt in the area. Large hail, damaging wind gusts and torrential rainfall rates will be possible here.

There may be enough atmospheric support in place across the northern portion of this zone for severe weather to support yet another complex of thunderstorms during the evening and overnight hours.

This could prove dangerous for motorists traveling along I90 in South Dakota overnight, as wind gusts could be strong enough to tip over high-profile vehicles.

A jet stream pattern conducive for a multi-day threat for severe weather will likely remain in place across the northern and central Plains in the coming days. While a derecho of the same caliber that was observed on Monday is not expected over the next few days, it cannot be completely ruled out.