The month wrapped up with only a tenth of an inch of rain in San Diego. Monthly rainfall totals have been below average since June of 2020. 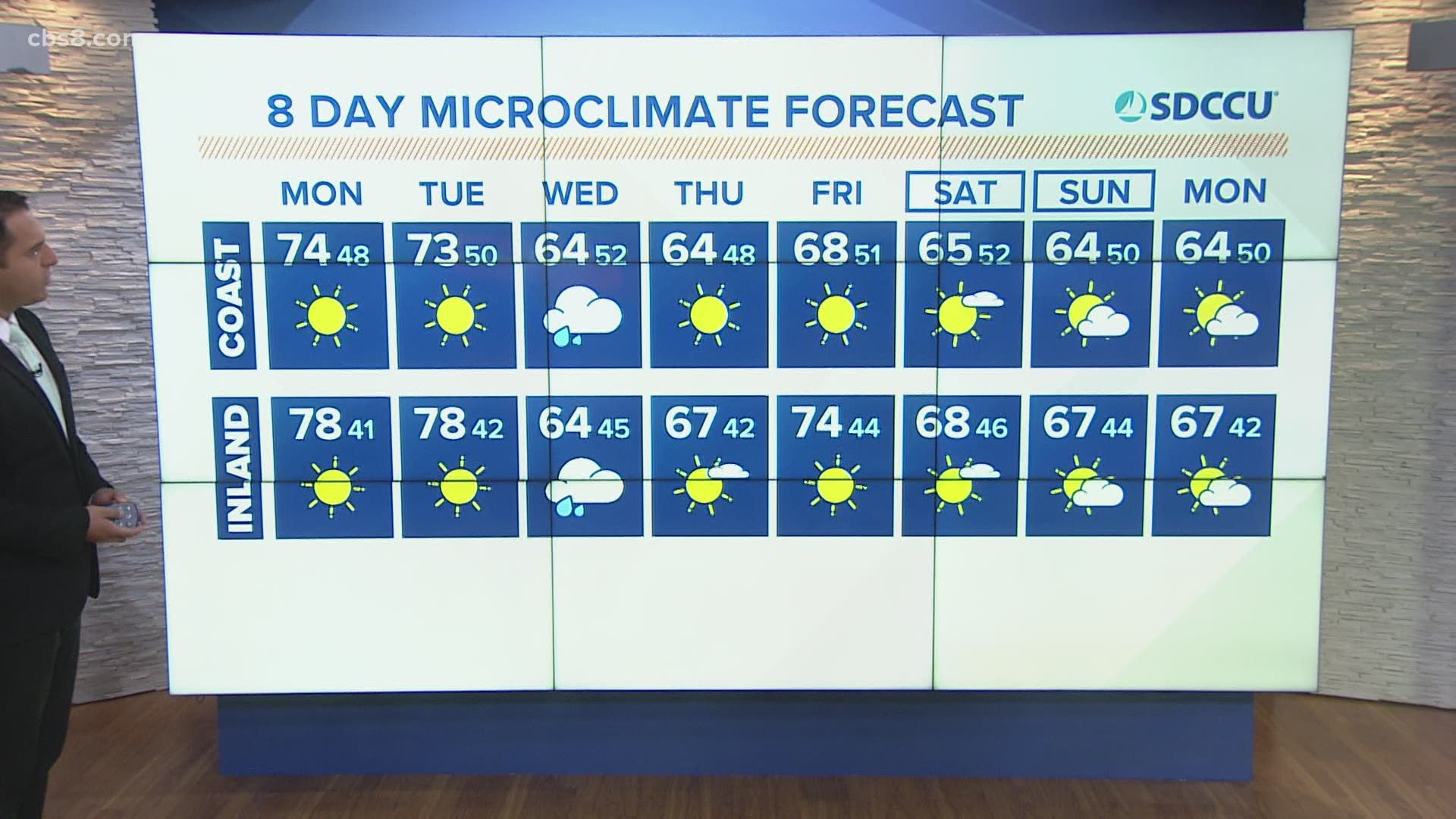 SAN DIEGO, Calif — Rainfall totals came in more than two inches below normal in San Diego for the month of February 2020. A normal February would see 2.27 inches of rain, whereas February 2020 only brought a tenth of an inch. That makes the rainfall deficit for the month 2.17 inches.

Monthly rain totals have been below normal since June of 2020, when totals were only .07 inches above normal. The "water year" measures rainfall from October of one year to the next. So far our water year (starting in October 2020), has been 4.48 inches below normal. We normally would have seen 7.36 inches of total rain in San Diego by this time in the water year, where we have only seen 2.88 inches.

February also saw above normal high temperatures by about two degrees. The normal February high temperature would be 65.0 degrees and this year the average for the month was 67.6 degrees.

According to the National Oceanic and Atmospheric Administration Drought Monitor, San Diego is abnormally dry, along with 99.3 percent of the state of California. Consecutive months of below average precipitation can affect soil moisture, crop germination, irrigation delivery, and the length and intensity of the wildfire season.

The start of March looks to favor some wet weather, especially toward the middle of the week. In a normal March, San Diego would expect 1.81 inches of rain. Last March (2020), San Diego recorded 2.15 inches -- about 0.34 inches above normal.