Warmer temps will arrive by Wednesday & Thursday as the marine layer become more shallow. But, another trough of low pressure will bring back seasonal temps Friday. 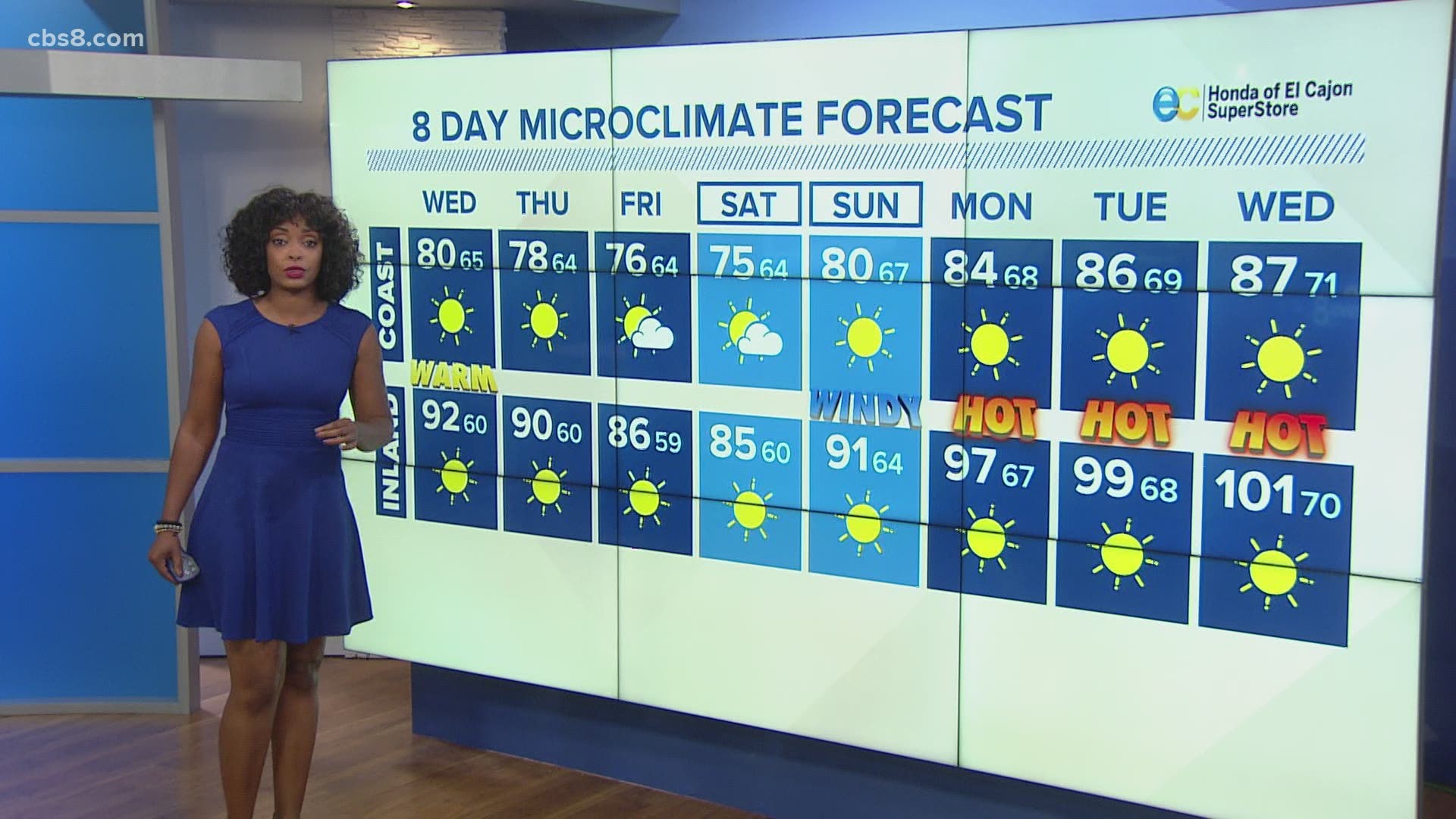 SAN DIEGO — Kicked off the Fall season with afternoon highs near to slightly above seasonal today. The widest temperature gap was along the inland valleys, where temps peaked 5° to 7° warmer than usual.

As a ridge of high pressure replaces a trough of low pressure over the West, warmer temperatures will return through Thursday. Daytime highs will  be 5° to 10° above seasonal norms.

By Friday and Saturday, the ridge will be replaced with yet another trough of low pressure over the West. This will knock our temperatures back to near seasonal as a stronger onshore flow picks up. The marine layer also deepen and extend back over the inland valleys.

The trough will be nudged out on Sunday as a stronger ridge of high pressure builds in over the State. Expect a warming trend to take us into next week. Daytime highs will peak 10° to 15° above seasonal through next Wednesday. There is even a chance of record heat.

A surface high pressure will also trigger offshore air flow. Winds could gust up to 40 mph inland on Sunday. Coupled with dry air and warmer than usual temperatures, expect elevated fire weather concerns, especially for the inland valleys and mountains.