Gusty winds cause 2 semi trucks to overturn on I-8 in Descanso, force school closures

The National Weather Service issued a high wind warning that is in effect until 4 p.m. Wednesday, which means gusts could be over 90 mph. 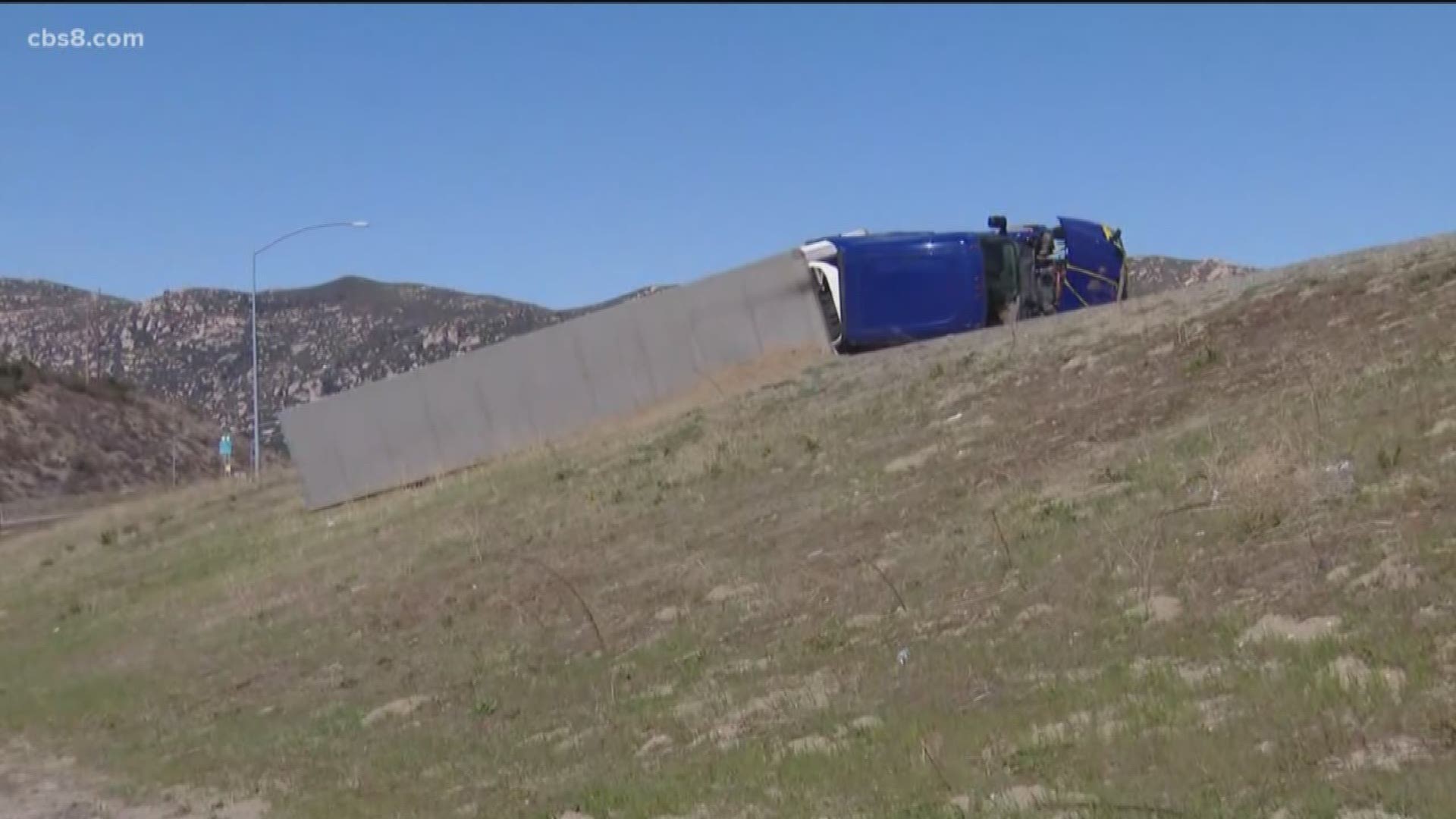 SAN DIEGO — Strong winds are wreaking havoc across San Diego County Wednesday morning as high pressure continues to build this week. Drivers will have a tough time, especially in the mountains, due to the high winds.

A semi truck flipped on its side on Interstate 8 at Japatul Valley Road in Descanso around midnight and another semi was also toppled on its side near Buckman Springs off ramp. According to the California Highway Patrol, this could happen to any high profile vehicle, especially if they're not fully loaded.

High winds blew down a 75-year-old pine tree onto two houses in Encinitas Wednesday morning. The power pole and power lines were also taken down. One house has the majority of the damage, while the other has little damage, Deputy Chief, Robert Ford said. No one was injured. 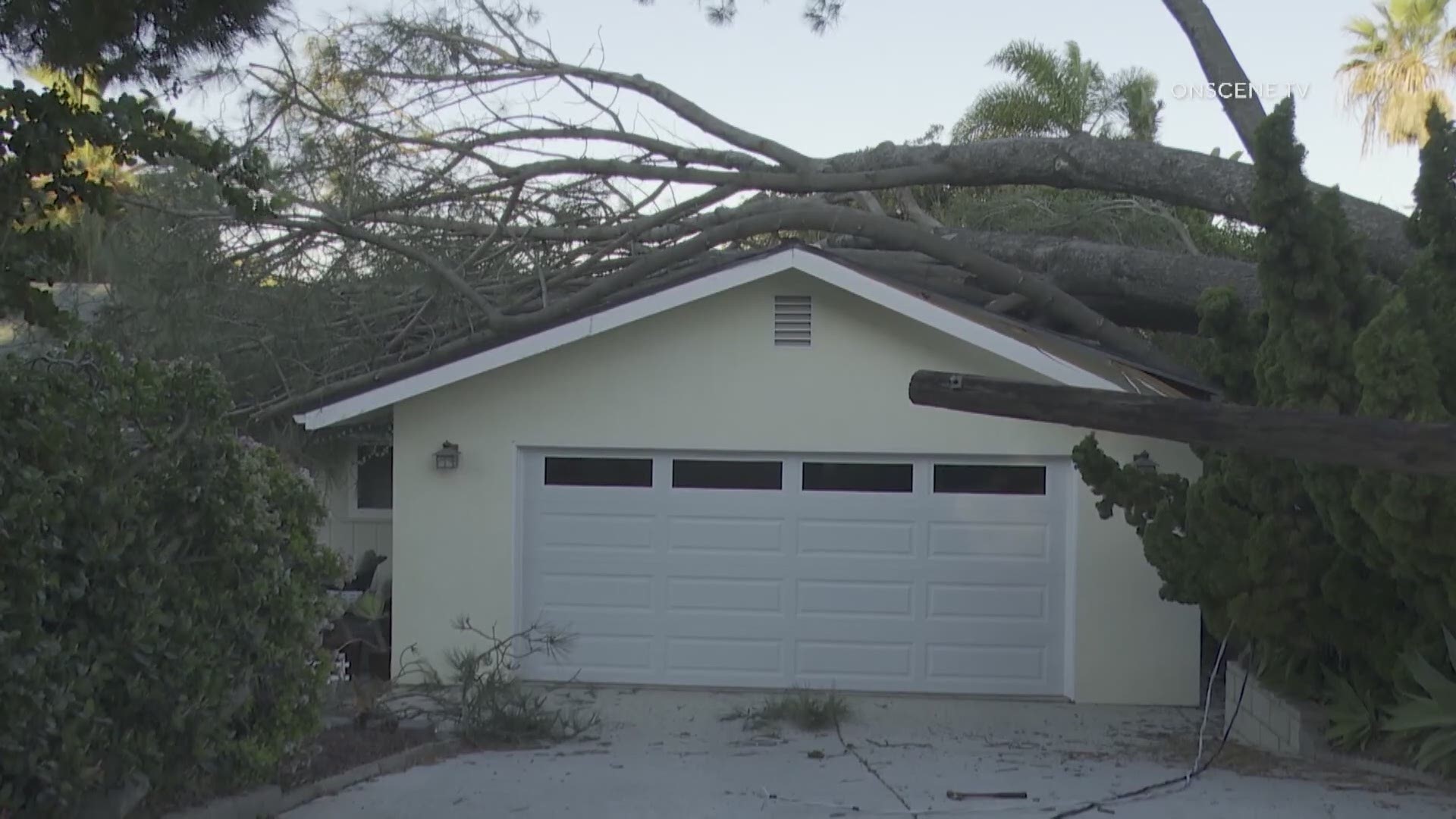 About 1,500 people lost power in the East County overnight, according to SDG&E outage map.

The National Weather Service issued a wind advisory that will be in effect from until noon Thursday in the mountains and valleys. There's also a high wind warning that is in effect until 4 p.m. Wednesday, which means gusts could be over 90 mph.

Winds out of the east will be between 20 and 30 mph, with gusts possibly reaching 55 mph near the foothills and portions of the adjacent valleys Wednesday morning, forecasters said.

NWS officials warned that winds could be strong enough to blow around unsecured objects and knock down tree limbs, potentially causing power outages.

Conditions will also be hazardous for high-profile vehicles traveling on highways through mountain passes.

Temperatures in the valleys and the deserts are expected to remain in the high-70s to low-80s through Sunday, when a storm system is expected to arrive and bring showers throughout the county into Monday, forecasters said. 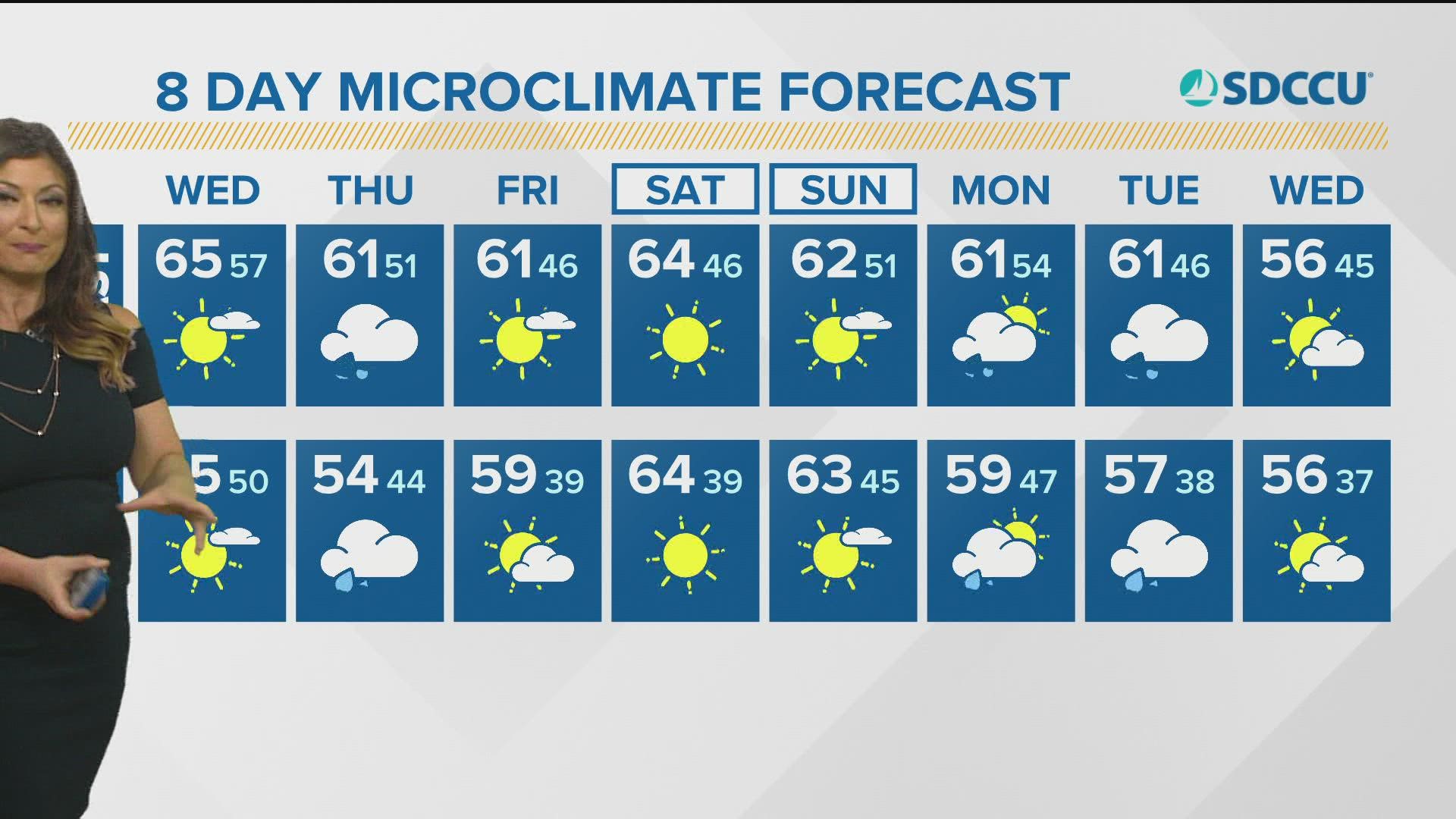