Warmer than usual temps and a westerly breeze will continue this weekend. Stronger onshore flow will bring a chance for light showers next week. 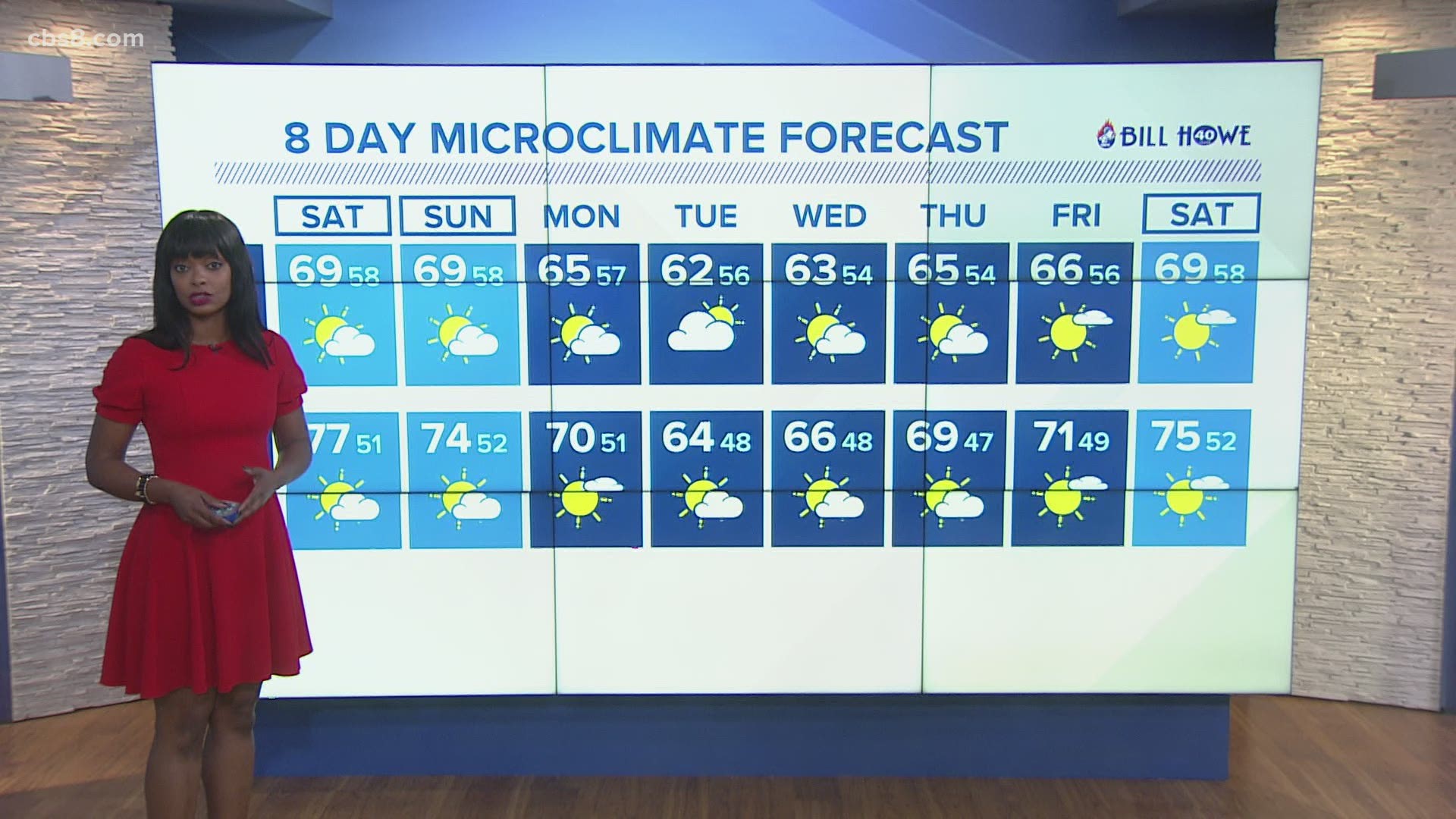 SAN DIEGO — So nice, we did it twice! Only minor changes when it came to temperatures today compared to Thursday. The only big change was calmer winds in the mountains and desert after the passage of a low well to our north.

For the rest of the night, expect a continued onshore flow to push in low clouds and patchy fog through Saturday morning. There will be a repeat performance Saturday night through Sunday morning.

As high pressure continues to sit to the south of us and the storm track stays well to the north, mild weather will stick around for the weekend. Daytime highs will remain warmer than usual inland with steady temperatures along the coast stabilized by the afternoon sea breeze.

Models show a low pressure system moving in from the the Pacific Northwest and making a dip south over Nevada and Utah next week. This will translate to cooler temperatures, near to below seasonal, and the return of gusty winds on Tuesday and Wednesday.

With a deepening of the marine layer on those days, there is also the potential for drizzle and light showers those mornings. Models suggest a trace along the coast, hundreds of an inch inland and potentially up to 0.10" along coastal mountain slopes. No significant rainfall is expected over the next 8 days.

Drought continues it's expansion with the latest monitor released today.

All of San Bernardino County, as well as LA & Ventura Counties, have been upgraded to "Severe Drought" status.

Unfortunately, significant precipitation is not expected thru at least the next 7 days. #CAwx pic.twitter.com/cmpOMIFbD7