Partly cloudy skies are expected Friday and temperatures will remain above average throughout the county. 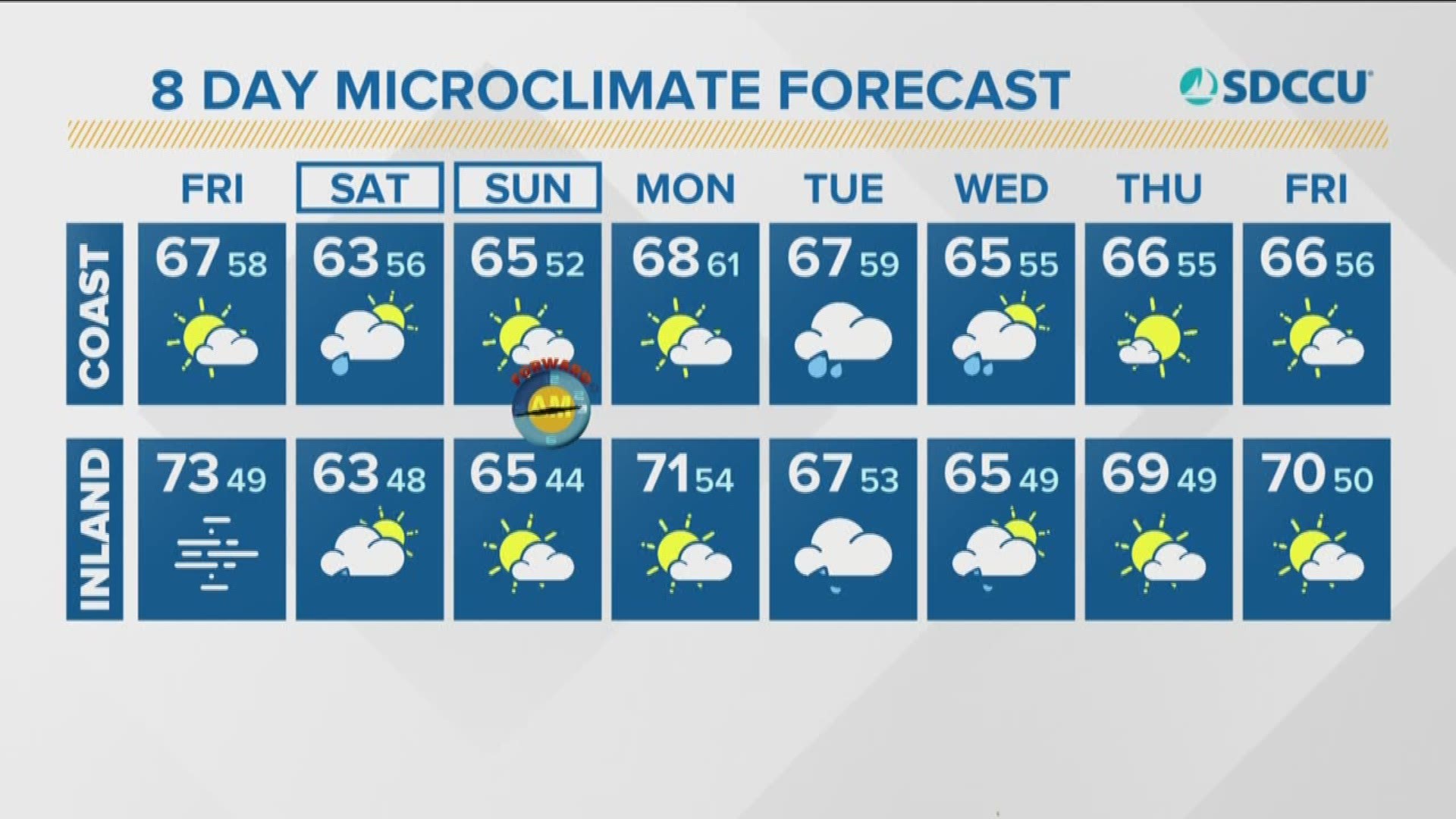 SAN DIEGO — A storm system that could bring a chance of rain through Thursday night crept toward Southern California Friday.

Partly cloudy skies are expected Friday and temperatures will remain above average throughout the county, but the mercury will drop on Saturday as a storm system moves in from the southwest, according to the National Weather Service.

A dense fog advisory warning of visibility of one-quarter mile or less will last until 9 a.m. Friday in coastal areas.

The system will bring a chance of rain from Saturday morning through Sunday afternoon everywhere except desert areas, forecasters said. Rainfall totals this weekend are not expected to exceed one-tenth of an inch.

The brief break in rainfall will last until late Monday morning, then a chance of rain will last through Thursday afternoon throughout the county. 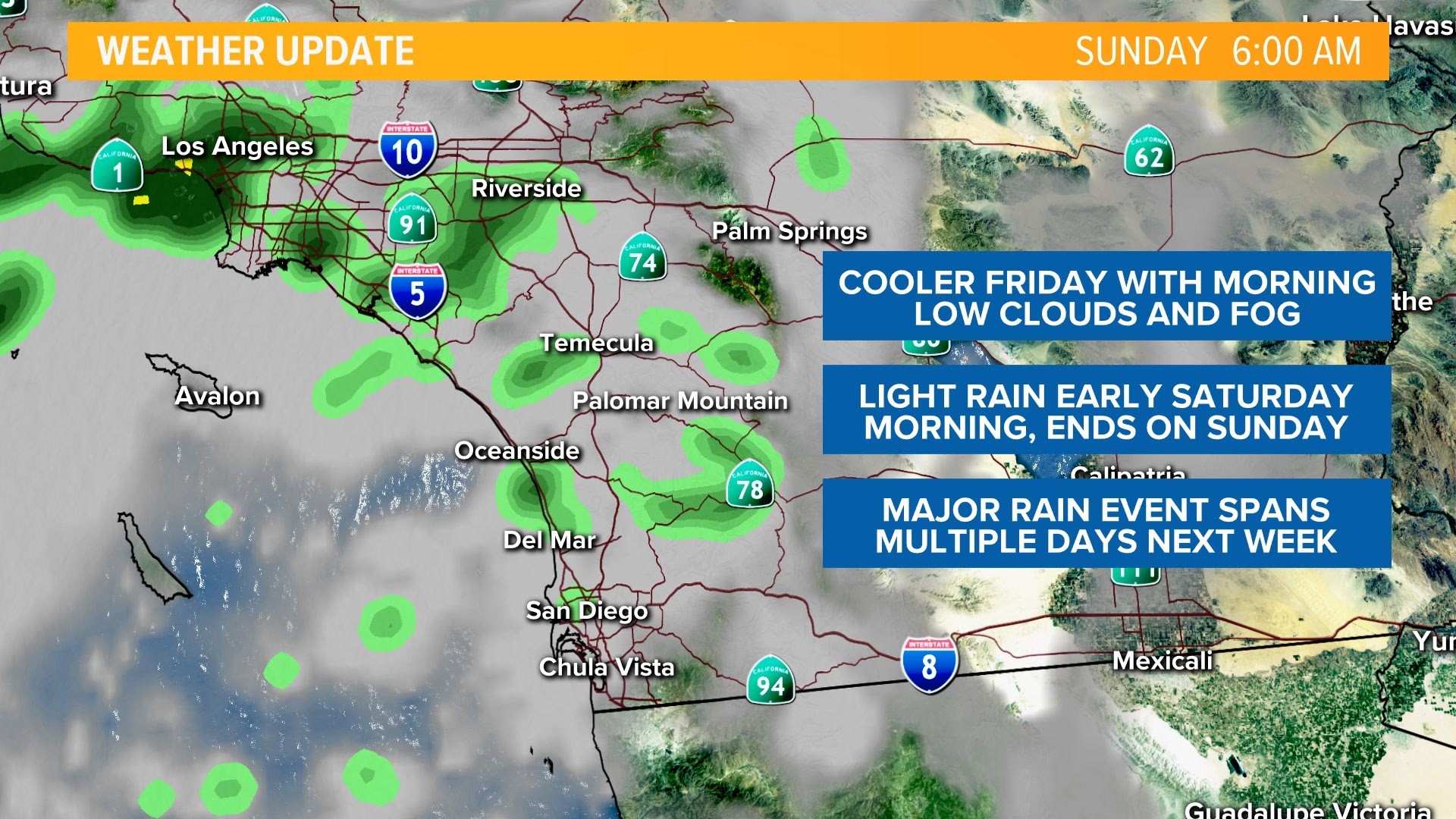 RELATED: Mild Friday ahead of a cool and wet weekend

Rainfall totals from Monday through Thursday are expected to reach 2 inches in coastal and inland valley areas, up to 5 inches in the mountains and 1.5 inches in the deserts, according to the NWS.

High temperatures could reach 66 degrees near the coast, 67 inland, 75 in the western valleys, 72 in the mountains and 86 in the deserts.