As astronomical summer officially begins, San Diego will see its latest sunsets, including in the 8:00 hour for the first time of 2021, before losing daylength. 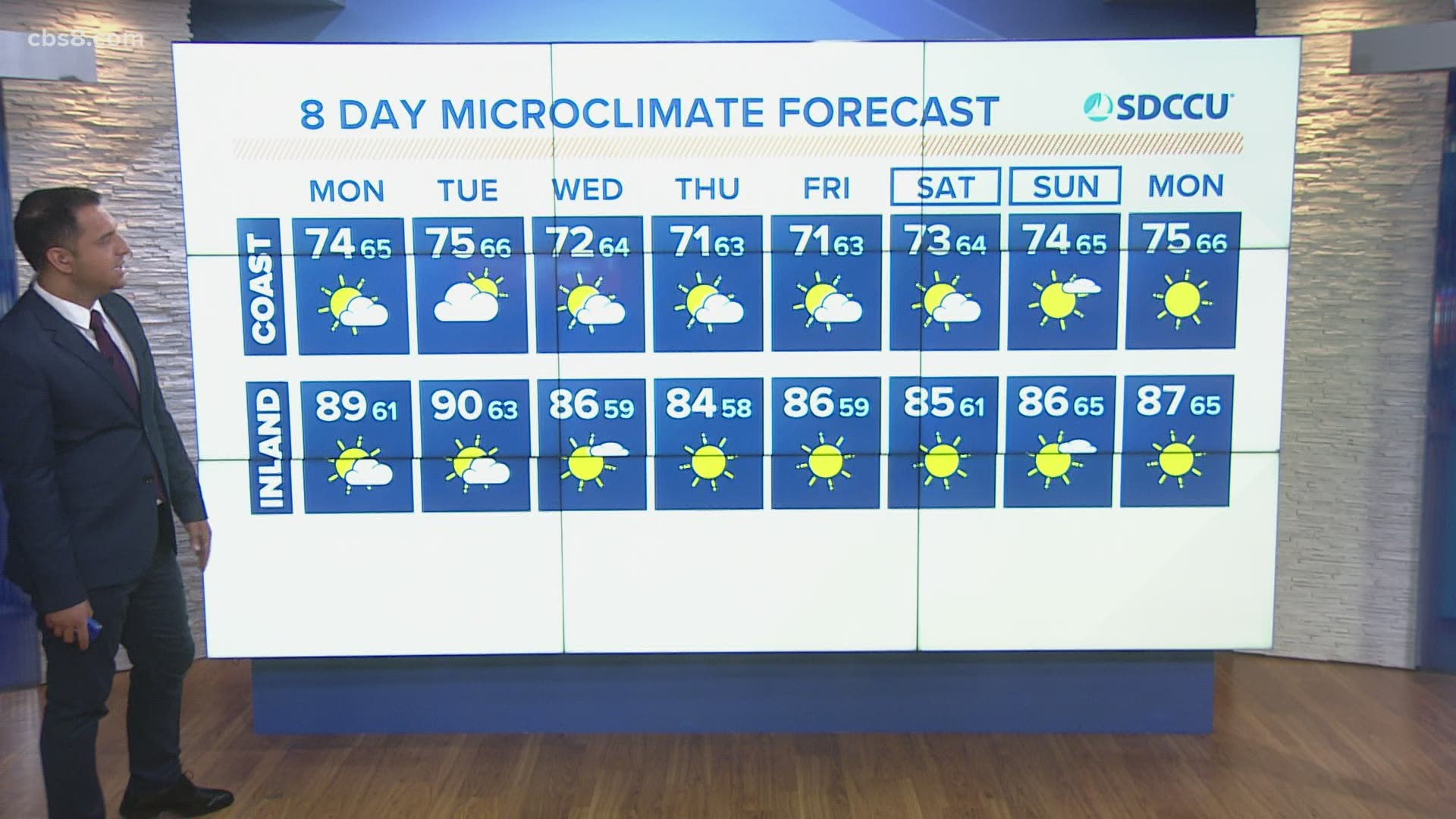 SAN DIEGO COUNTY, Calif. — With astronomical summer officially underway, the longest days of the year have arrived in San Diego. Sunday, June 20 marked the first sunset in the 8 o'clock hour this year.

We'll see nearly a month of longer days before San Diego begins losing daylight by the middle of July. Up until astronomical summer began on June 20, we've been seeing a progressive increase in day length. However, beyond the summer solstice, while we'll see a stint of long days, we will also start losing time.

That means for a few weeks the sunset will come within about a minute of 8:00 p.m. in San Diego before late 7:00 p.m. sunsets return by mid-July.

Daylength through the month of June has been well beyond 14 hours with the summer solstice showing day length of about 14 hours and 18 minutes. By the middle of July, that day length will drop to about 14 hour flat.

Come the start of the fall season in September, daylength will have dropped to just over 12 hours, with the sunset coming around 6:45 p.m.