Lake Cuyamaca received 2.32 inches over a 24-hour period, while the city of Vista received .34 of an inch. 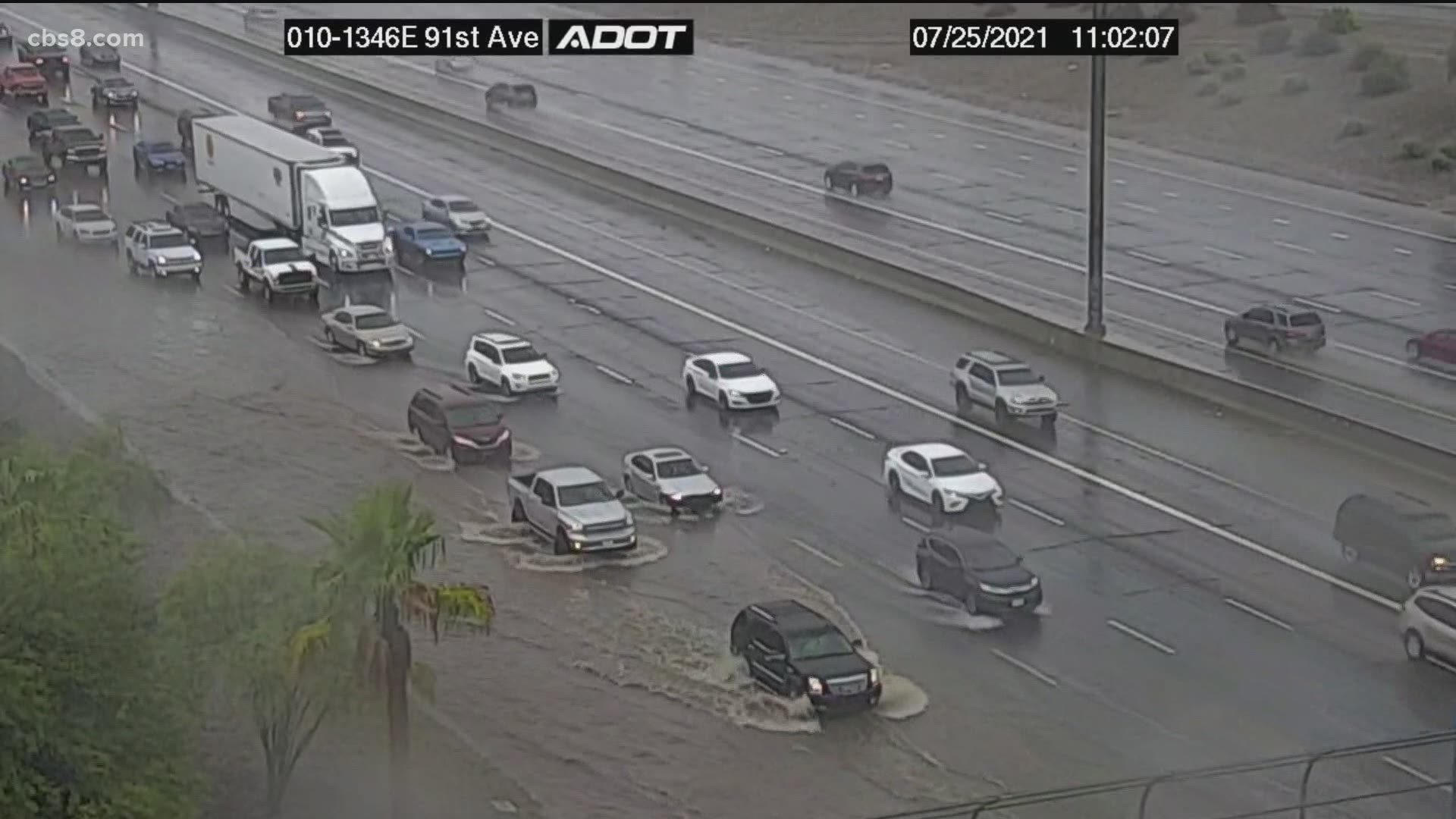 SAN DIEGO — After several days of hot and humid weather, San Diego County residents awoke to rare rainfall Monday, with Lake Cuyamaca receiving 2.32 inches over a 24-hour period, while the city of Vista received .34 of an inch, according to the National Weather Service.

There were no reports of any serious flooding; however, the NWS has issued a flash flood advisory until 7 p.m. for the desert and mountain areas.

An upper-level disturbance in the easterly flow resulted in showers for the county and other parts of Southern California, NWS officials said.

Other communities with rainfall included Birch Hill, with 1.10 inches; Rincon Springs, with .83 of an inch; Agua Caliente, with .23 of an inch; and Oceanside, with .22 of an inch.

The storm caused its share of vehicle spinouts and minor collisions on state and federal highways in the county, according to the California Highway Patrol dispatch center.

Forecasts call for more scattered showers and thunderstorms to move from east to west across the region Monday, mostly moving out of San Diego County.

Warmer and drier weather is expected to move in mid-week, then a little more monsoonal moisture and return of afternoon thunderstorm chances for the latter part of the week.

WATCH RELATED: VERIFY Wildfires can create their own storms