A red flag warning was originally set to expire at 5 p.m. Monday, but was extended through 5 p.m. Tuesday for the San Diego County mountains and western valleys. 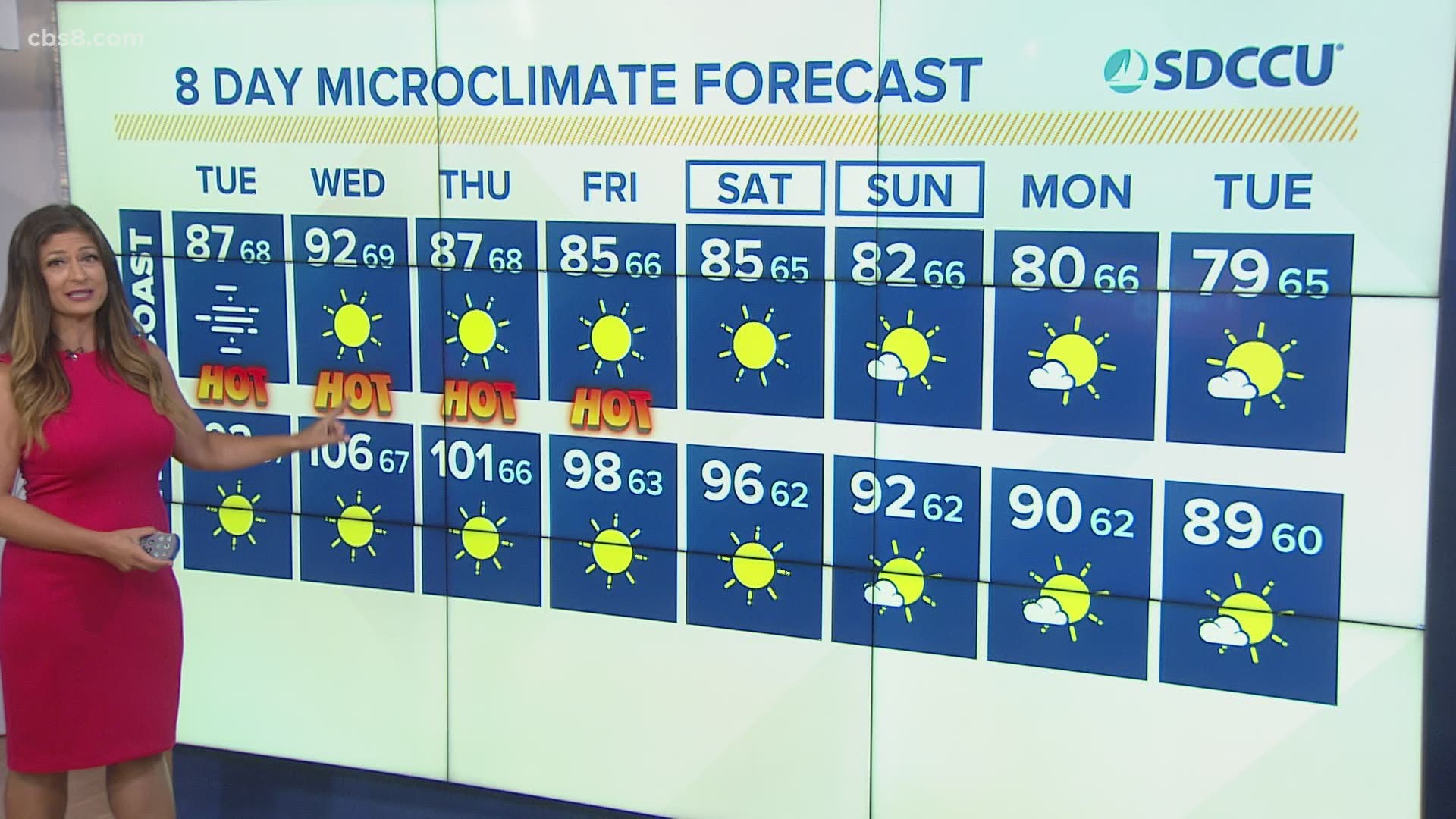 SAN DIEGO COUNTY, Calif. — Santa Ana winds will sweep through parts of San Diego County Tuesday as temperatures heat up and humidity remains low, significantly raising the risk of wildfires throughout the region, according to the National Weather Service.

A wide area of high pressure will remain over the western United States Tuesday, ushering in hot and dry weather in Southern California through Thursday, NWS said.

A red flag warning was originally set to expire at 5 p.m. Monday, but was extended through 5 p.m. Tuesday for the San Diego County mountains and western valleys.

Forecast highs for the week have been increased by a few degrees.

Wednesday is looking hottest west of the mountains. We expect widespread highs above 100 F, locally above 105 F, across inland valleys. 🌡️ #cawx pic.twitter.com/lpS4EaPaPQ

Sustained winds out of the east and northeast are expected to be between 15-25 mph, with gusts possible reaching 35 mph, NWS said. Daytime humidity is expected to drop to 8-12 percent Tuesday throughout the region.

The red flag warning means that outdoor burning is not recommended, and any fires that develop will likely spread rapidly, according to the NWS. Winds will weaken on Wednesday, but humidity will remain low throughout the region amid hot temperatures.

A heat advisory is also in effect from 10 a.m. Tuesday through 8 p.m. Thursday in coastal areas and the western valleys.

Temperatures are expected to peak on Wednesday and residents are advised to drink plenty of fluids, stay in an air-conditioned room, stay out of the sun and check up on relatives and neighbors, according to the NWS.

High temperatures Tuesday are forecast to reach 84 degrees near the coast, 97 inland, 105 in the western valleys, 94 in the mountains and 106 in the deserts.

Due to the coronavirus, mandatory mask-wearing and social-distancing protocols are enforced in the facilities.

A full list of the locations can be found here.