Former San Diegans in Texas have power again, but supplies are scarce

Despite power and water being back on for many in Texas, much of the state is under a boil water advisory. Two former San Diegans speak out after being in the dark. 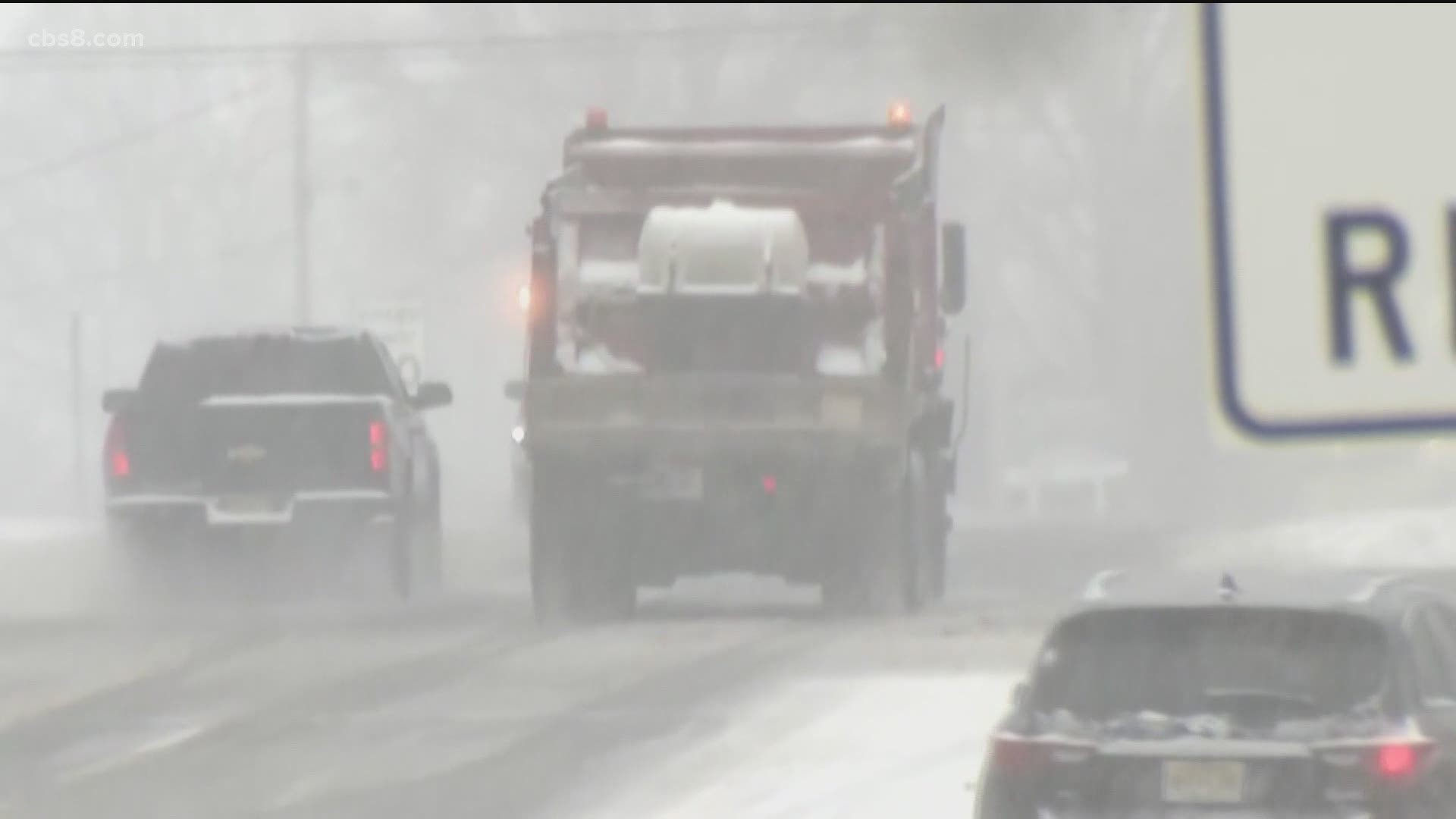 SAN DIEGO — After surviving a second round of snow in San Antonio, military mother of five Connie Saniel is grateful for power and water.

"This morning we woke up and we had both, and it was like Christmas morning today," Saniel said.

The Saniel family from Fallbrook had a snowball fight in Texas, but now that the power has been on, supplies are still scarce.

In East Texas, former San Diegan John Culea is thawing out from the storm.

"Patti and I were without electrical power for about 26 hours, we had no water,” Culea said.

Viewers may remember Culea’s familiar face as a TV reporter and anchor right here on News 8 from 1980 to 2000. John and his wife Patti left America's Finest City for Lufkin, Texas.

"When we left San Diego, I told people this was not in my contract,” Culea joked. “I was expecting hot weather, but not this.”

Culea certainly did not sign up for the series of snow that he feels local leaders were not prepared for.

"Frankly it has been a disaster, Texas bragged about being an energy leader, so a number of them are eating crow today because they did not manage this well at all,” Culea said.

His reaction to Texas Senator Ted Cruz's family getaway to Cancun was that it “was an unfortunate decision, and I know that he regrets it."

Despite the record cold, he was inspired by the warmth of Texas hospitality.

"We did not come prepared, we didn't have a supply of wood, so the neighbors gave us some wood. It epitomizes there is something about Texans who come together in a special way,” Culea said.

With nearly half of Texas under a boil-water advisory due to frozen and broken pipes, Saniel’s family isn’t taking any chances.

“Filled up water jugs just in case because really over the last couple days, it’s been a kind of like you never know, but relying on each other was a beautiful sight to see," Saniel said.