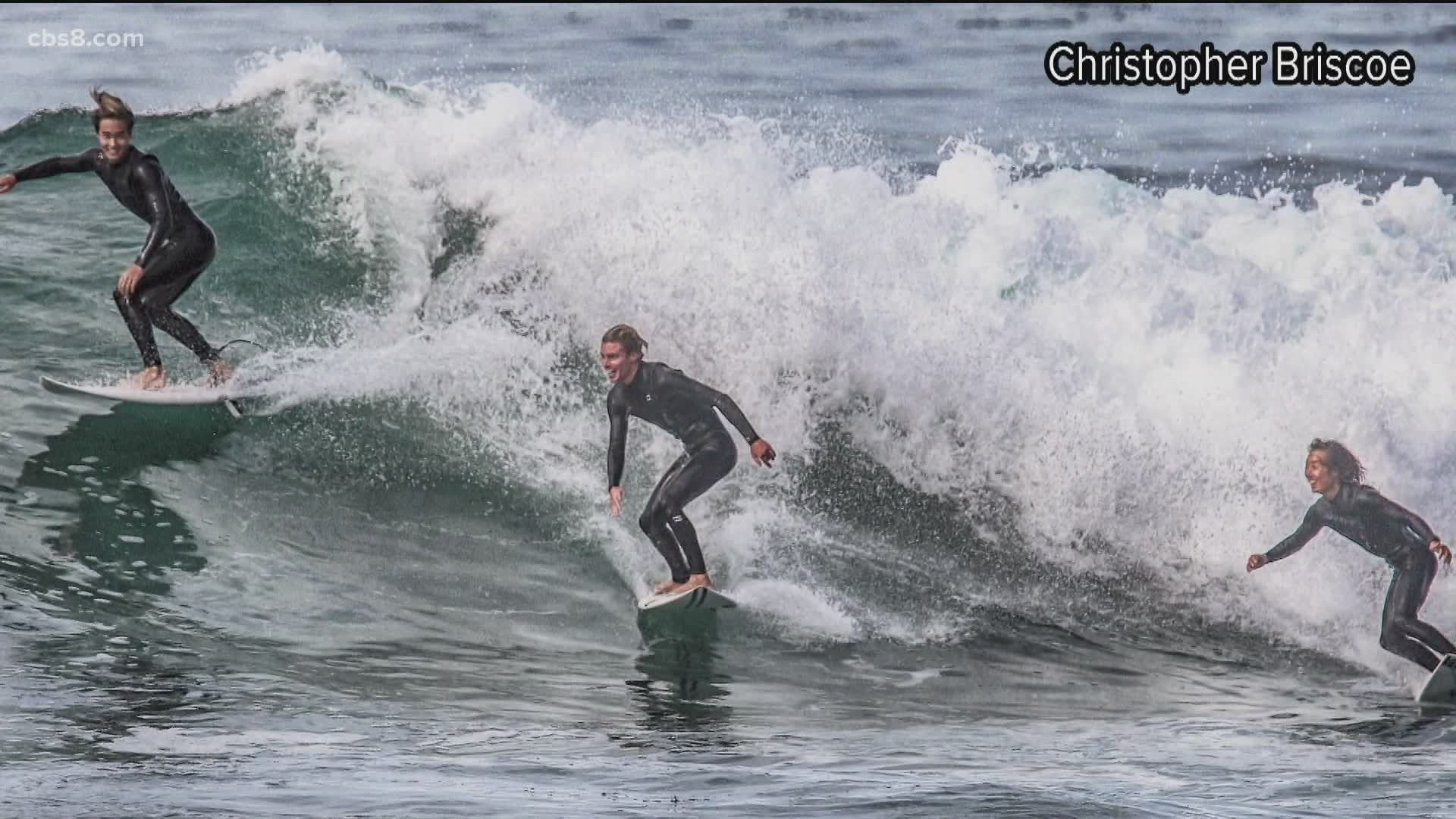 SAN DIEGO — Windansea Beach, just south of La Jolla, is known for its legendary break and big swells. Not to mention, it's also a favorite spot for some of San Diego’s finest surfers.

Big waves hit all of San Diego’s beaches, with reported six to eight foot swells hitting the coast. The 10-15 feet waves in Ocean Beach closed the pier around 2 p.m. on Wednesday and will stay closed until at least early Thursday morning.

While the big waves brought out surfers, photographers like Christopher Brisco sat on the shore capturing the action from afar with a telephoto lens.

“It’s like a ballet in the water. It’s so many forces coming together. Guys and girls scanning the horizon, waiting for that wave," said Brisco.

So no matter what’s was happening back on shore, San Diego surfers could forget their problems and catch a wave on this December day.

“In my opinion, when you’re out in the water, you forget everything on land," said Setzler. "When it’s big like this, what is there to worry about?”