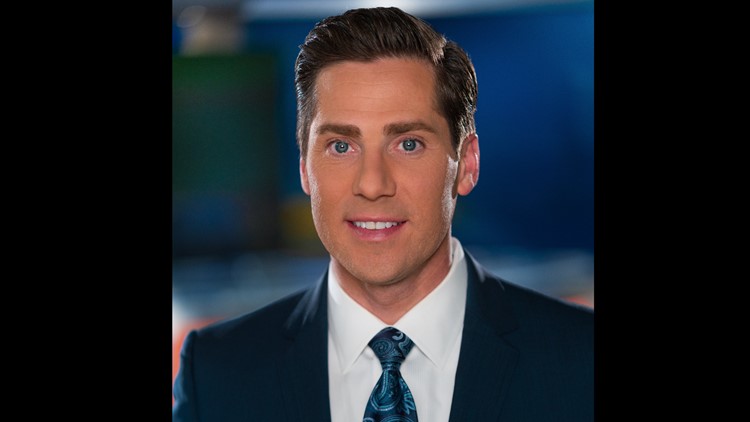 Eric Kahnert is a morning anchor for KFMB-TV in San Diego, California.

"The day I graduated from USC, I told myself I would return to Southern California to work and raise my family here. I'm ecstatic to be living that dream!"

Award-winning journalist Eric Kahnert is thrilled to share his passion for reporting stories that make a difference with San Diegans, as the anchor of CBS News 8 This Morning and News 8 at 11 a.m.

Prior to joining News 8 in 2017, Eric held main anchor duties at KMGH, the ABC affiliate in Denver, Colorado, where he received multiple Emmy® awards for anchoring and reporting. Viewers turned to Eric for some of Colorado's biggest news, investigative, weather and sports stories, including the Aurora theater shooting trial, and numerous destructive and deadly storms and wildfires. Eric also served as weekend anchor at KUSA, the NBC affiliate in Denver, where his live reports were featured on Dateline NBC and CNN. He also anchored at KSTP, the ABC affiliate in Minneapolis, Minnesota, where he grew up.

Eric’s breaking news coverage on the anchor desk helped CBS News 8 win the coveted Golden Mike Award in 2017.  The Radio & TV News Association awarded the show the Best 60 Minute Newscast in Southern California, the first time a San Diego station won the award over a Los Angeles station in 14 years. A news anchor who also enjoys and excels at reporting in the field, Eric was nominated for an Emmy in the Best Reporter category in 2017, along with a nomination for his story on the growing sport of hockey in San Diego.  Eric anchored hours of non-stop coverage during the devastating Lilac Fire, which also contributed to a 2017 Emmy nomination in the station breaking news category.

A proud Trojan, Eric has a degree in Broadcast Journalism from the University of Southern California, where he anchored and reported for USC's prestigious Annenberg TV News. Eric was also a member of USC's Skull & Dagger Honor Society, Pi Kappa Alpha, and named "All American," as three-year captain of the University's Division II hockey team (no, not all of Eric's teeth are originals!).

Dedicated to serving the community, Eric is proud of his partnership with Special Olympics.  He is one of the first journalists in the country to mentor and train two developmentally disabled adults to become on-air local news reporters.  He also produced a weekly franchise raising awareness among teenagers and adults on the deadly effects of distracted driving. He's already enjoyed getting involved with many charities and fundraising efforts here in America's finest city.

Eric and his wife, Allison, enjoy trying new things around San Diego with their three young children.  When he's not enjoying quality family time or volunteering, you'll catch him playing hockey or attempting to play a round of golf.