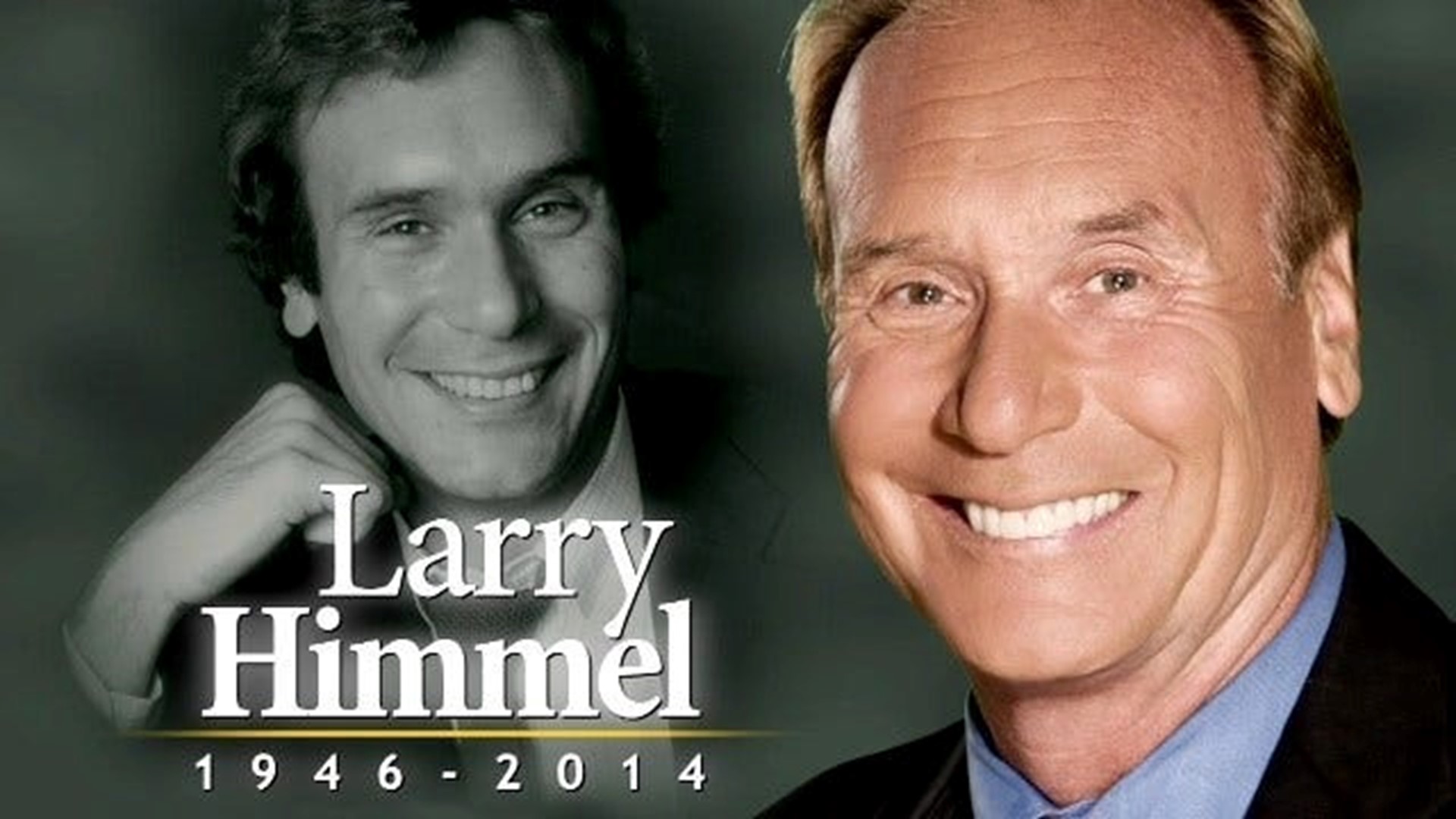 "I've managed to live my entire life without having a real job!"

Making it look easy. That's what CBS News 8 Feature Reporter Larry Himmel did best. Since 1979, he entertained San Diegans with his warmth, wit and humor. "My biggest influence is Soupy Sales," he said.

His background was nothing to laugh about. Chicago-born Larry scored high in the academic world, earning his master's degree in Speech from Bradley University in Peoria, Illinois.

His first broadcasting gigs were in radio. In 1969, he was the night DJ at WSIV radio in Pekin, IL. After a brief stint teaching seventh-grade English, he returned to radio on WJOB in Hammond, Indiana. Two years, Larry was spinning the hits at a top-rated radio station in Chicago. Then he was off to Canada at CJOM-FM in Windsor, Ontario. Seeking "fame, fortune and sunny weather," he left the Canadian chill and headed west to San Diego.

After a series of short-term radio gigs, Larry almost gave up on broadcasting altogether. He became a bartender at a small pub in Ocean Beach. Everyone knows there is no better place to get showbiz material than a bar. Six months later, Larry was off to radioland fame when he became "The Cruiser" on KGB-FM, a gig that lasted six years.

As Larry's fame grew, so did his schtick. In 1977, he began spinning the jokes at the La Jolla Comedy Store as a stand-up comedian. Two years later, he scored his most important laugh -- with the CBS News 8 executive producer, who was in the audience. Larry had found his ticket to the news biz. In 1979, CBS News 8 hired him to do his famous "Larry Himmel at Large" commentaries. The rest, as they say, is showbiz history.

What was his most memorable TV moment? "Interviewing people at a nudist camp."

Amidst all of the humor, there is a serious side to Larry's reports. "Truth can be told in humor so much more easy than just by putting the facts in front of someone," he explained.

Larry's great sense of humor, sharp wit and gifted story telling ability earned him lots of loyal viewers, and some big kudos from his colleagues. Larry, respected as one of the best feature reporters in the industry, was the recipient of more than a dozen Emmy Awards. His CBS News 8 "In the Neighborhood" reports are legend in San Diego television.  As KFMB-TV's favorite utility guy, Larry would be seen forecasting the weather on CBS News 8 and covering the San Diego Chargers during the football season.