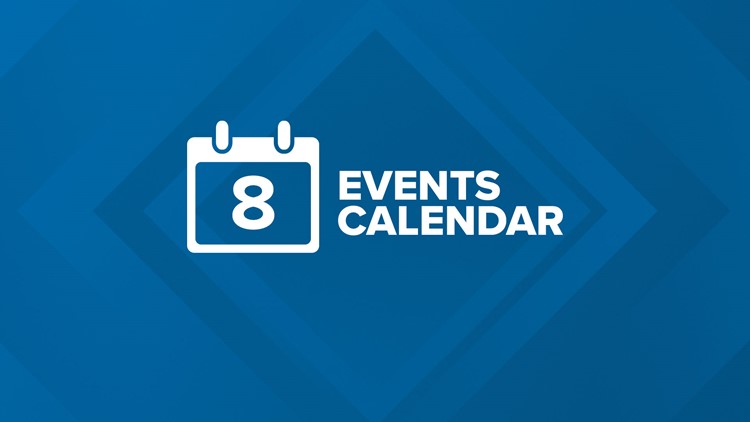 JANUARY IS NATIONAL BLOOD DONOR MONTH
SAN DIEGO BLOOD BANK IS ASKING YOU TO HELP SAVE LIVES IN OUR COMMUNITY BY SCHEDULING AN APPOINTMENT TO DONATE BLOOD. DONORS OF ALL BLOOD TYPES ARE NEEDED. VISIT SANDIEGOBLOODBANK.ORG OR CALL 1-800-4MY-SDBB.

JANUARY 23-26
Disney on Ice presents Mickey’s Search Party at Pechanga Arena!
Join Mickey Mouse and his friends at Disney On Ice presents Mickey’s Search Party, a brand-new adventure filled with world-class skating, high-flying acrobatics and unexpected stunts! Help them follow Captain Hook’s treasure map and look for clues in the search for Tinker Bell in immersive, fantastic worlds. Explore the colorful spirit realm of Coco in Miguel’s Disney On Ice debut, sail away with Moana as she bravely saves her island, see Belle in the sky above you as the enchanted chandelier comes to life, and sing-along with Elsa in the icy world of Frozen. Make memories with your whole family during Aladdin, Toy Story and The Little Mermaid as the search party becomes an all-out magical celebration on the ice, in the air, and all around! To purchase tickets visit https://www.disneyonice.com/mickeys-search-party

FEBRUARY 1 &15
Monster Jam & Monster Jam Pit Party
Don’t miss all the excitement that is Monster Jam as these high-powered trucks and expert drivers take over Petco Park on TWO Saturday nights in February! You’ll see Grave Digger, Max-D, El Toro Loco, Whiplash and many more of your favorites!* Plus -- at the Monster Jam Pit Party, you can see the massive trucks up close, meet your favorite drivers and crews, get autographs, take pictures and enjoy other family-friendly activities. It’s an unforgettable part of the Monster Jam experience where special connections are made and lifelong fans are born. This. Is. Monster Jam. Add the Pit Party Pass OR the Pit Party Early Access Pass at the end of your ticket order. If you’ve purchased tickets already but didn’t purchase your Pit Party Early Access Passes OR your regular Pit Party Passes yet, you can still purchase them online in advance. To purchase tickets, visit www.MonsterJam.com

FEBRUARY 8
Monster Energy AMA Super Cross
Don’t miss your chance to experience the most competitive and highest-profile off-road motorcycle racing championship in the world - Monster Energy AMA Supercross, an FIM World Championship. Every week, the greatest athletes from around the globe seek to outperform each other on custom-designed tracks inside the most prestigious stadiums in the country. Plus -- Supercross FanFest is a festival for the fans that takes place outside the stadium while athletes are practicing and qualifying inside the stadium. FanFest runs from 12:00 p.m. to 6:00 p.m. Times subject to change. A Supercross FanFest pass must be accompanied by an event ticket. Ages 2 & up require a ticket. To purchase tickets, visit www.SuperCrossLive.com

FEBRUARY 29
Colin Hay
at The Magnolia

APRIL 4
Beatles vs. Stones
at Belly Up Tavern

APRIL 25
Patton Oswalt: I Love Everything
at Balboa Theatre

MAY 15
Red Hot Chili Peppers
at Belly Up Tavern

MAY 24
Journey + The Pretenders
at North Island Credit Union Amphitheater