Pete the chameleon rescued by drone in Pacific Beach

The reptile has an eye infection and can't see, so he got lost and was found on a roof where his owner used a drone to rescue him. 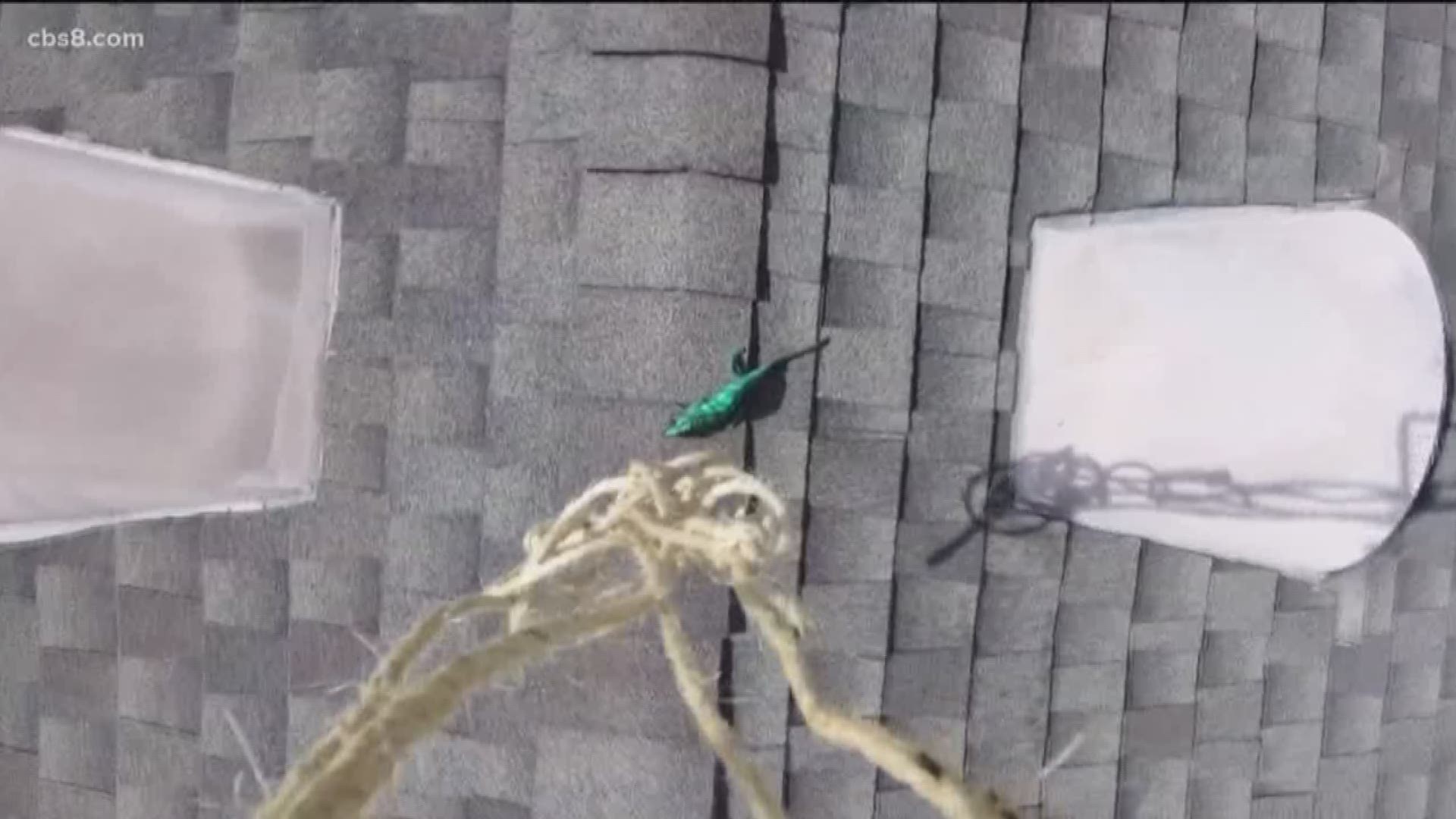 SAN DIEGO — A pet lizard is getting a lot of attention on social media after he was rescued by his owner with a drone.

Pete the chameleon's owner, who lives in Pacific Beach, said the reptile is temporarily blind due to an eye infection and because of it, gets loose from his enclosure.

Pete the chameleon was spotted on the roof of an apartment building by a drone. His caretaker, Vincent Kay, posted the edited video on social media and it received lots of likes, views, and comments.

“It was funny. When he finally grabbed on, it was just that you couldn't stop laughing,” said Vincent Kay.

Kay said he has had Peter, who is a Panther Chameleon, for a year. Usually, the reptile eats crickets in his enclosure but with an eye infection he can’t see and is lost.

Kay said he has to give him antibiotics daily.

“He has such a cool story. If he can get back to this infection we are great, we are cruising,” said Kay.

Kay, who is a microbiologist, said Pete crawled through the netting on Friday. He became worried on Sunday when he saw Pete’s green tail hanging over the ledge of his apartment complex, which was five stories high.

“I saw crows lined up on that wire and I could not let it happen,” said Kay.

He said  the landlord wouldn’t give him access to the roof, and he couldn’t find a ladder tall enough. Instead, he used a drone and dangled some rope.

In the video, Kay can be heard saying he is sweating, “I got really close the signal stops.”

Abbie Alford
"It is exhausting and watching this was exhausting and im not very o... ptimistic I guess about the next four years," said First-Time Voter Madeline Austin. The election process for CBS 8 - San Diego News First-Time Voters is having a big impact. Many are undecided. Watch these voters with all differeing candidate support.

It could take several months for Pete’s eyes to heal.

Kay made headlines last year when his pet hybrid lynx was seen wandering around Lake Murray, the cat was eventually rescued by an unknown woman.