Lost French bulldog from the Bay Area found in Tijuana

The man said he called the dog owner after seeing lost dog fliers on social media. 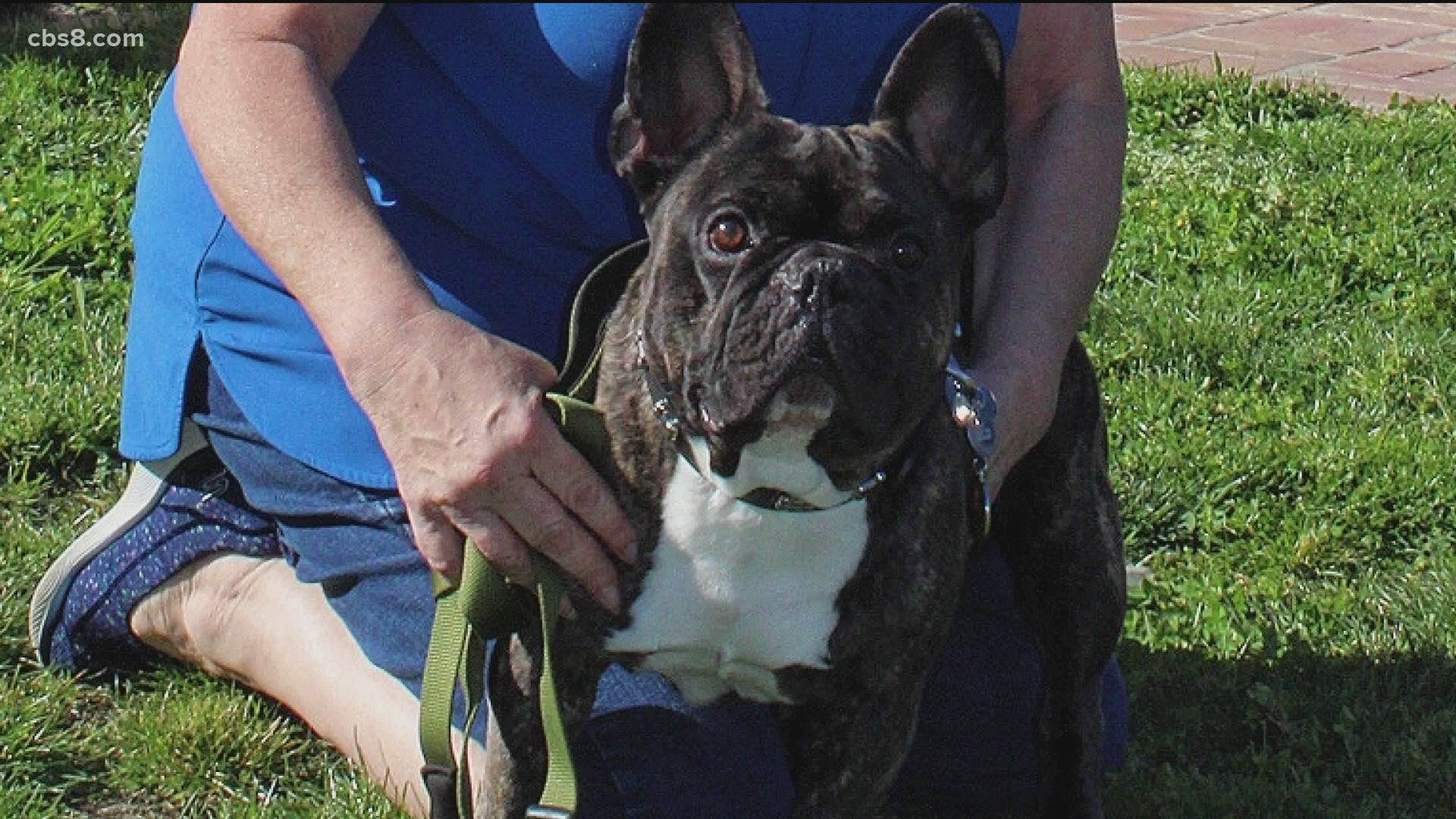 SAN DIEGO — A family in the Bay Area has been reunited with its four-year-old French bulldog after the dog was found by a man, who had been deported to Tijuana.

The dog, named Brody, was reunited with the Campbell family after a three-week ordeal.

“He’s been my baby for 4 years. I don't go anywhere without him,” said Debbie Campbell of San Lorenzo, who has owned Brody since he was a puppy.

When Brody wandered out of an open front door on February 3, the family immediately started posting missing dog photos on social media.

“By a long, strange, miraculous chain of events, we have him back,” said Audra Campbell, the dog owner’s daughter.

On Friday, the Campbells received a telephone call from Benjamin Gonzalez in Tijuana; telling them he had purchased the dog from a street venter in downtown Tijuana.

He said he paid $1,000 for the dog and was hoping to breed the dog with a female French bulldog owned by a friend.

“Try to make a little bit of money, you know, life is hard out here in Tijuana,” Gonzalez said.

Life is hard for Gonzalez because he was deported to Mexico two years ago, after serving a 14-year prison sentence.

“I was deported for voluntary manslaughter,” Gonzalez said.

Gonzalez was age 20 when he committed his offense in 2005 in Oakland. He lived in the United States since his family brought him across the border when he was two years old, he said.

“I took the wrong path.  I made mistakes and I'm paying for my mistakes now,” Gonzalez said.

Gonzalez had the dog in his possession for about two weeks, when a family member texted him a screenshot of a lost dog that looked like the same dog Gonzalez had purchased.

“Just having him here at my house, and just looking at how he was acting, he was real sad. I can relate to him. He's out here with no family. I'm out here no family. If he can go back, I just wanted to take him back home,” said Gonzalez.

He called the Campbell family they confirmed the dog was Brody by a serial number that had been tattooed on the dog’s leg by its original breeder.

“He never asked for a reward.  He never mentioned money.  He just wanted to do the right thing,” said Audra Campbell.

The happy reunion was caught on cell phone video and Brody apparently had no problem remembering his long-lost family.

"Benjamin did not have to do what he did and we are eternally grateful for him. He's got a heart of gold," Audra Campbell said.

Gonzalez sent his girlfriend across the border with the dog over the weekend. The girlfriend met the Campbell family at Fashion Valley mall to give them the dog.

The family said they decided to give Gonzalez $1,000 since that was the purchase price he said he paid for the animal on the streets of Tijuana.