At Lions, Tigers & Bears, an animal’s birthday is celebrated on the day they arrived at the sanctuary. 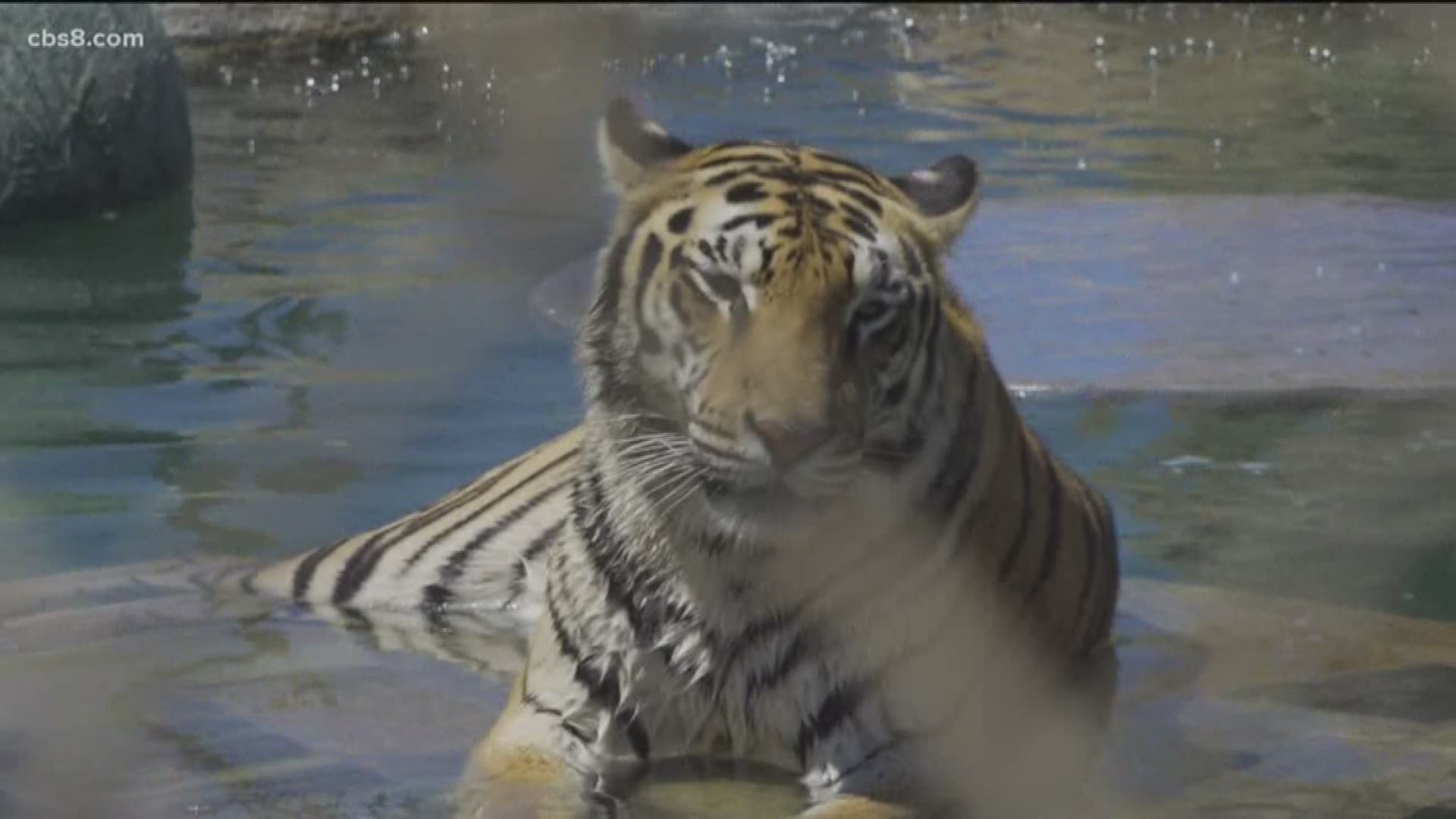 SAN DIEGO — Moka, the Bengal hybrid who was confiscated at the border almost two years ago, this week celebrated the end of his first full year at Lions, Tigers & Bears Sanctuary in Alpine.

At Lions, Tigers & Bears, an animal’s birthday is celebrated on the day they arrived at the sanctuary. In Moka’s case, he arrived one year ago and has adapted so well he has gained about 200 pounds.

The animal sanctuary is much different compared to where Moka was found.

“He was confiscated coming over the border. A lot of you probably saw him on the news. They found him on a floorboard in a car,” said Bobbi Brink, founder of Lions, Tigers & Bears.

The 18-year-old driver was sentenced to six months in prison for trying to smuggle the tiger through the San Ysidro port of entry.

“Most people do not know the trade is second to drug and human trafficking in our country,” said Brink.

Initially, Moka was brought to the San Diego Zoo and then later transferred to the Alpine area sanctuary where he will live for the rest of his life.

To celebrate Moka’s day of arrival, he will be able to tear open some special gifts.

Brink said Moka is a bit timid, but happy to share space with a white tiger rescued from Louisiana named Nola.

“He is just growing – your typical fun loving tiger. They will romp and play for hours,” said Brink.

At Lions, Tigers & Bears, Moka – whose real age is about two – will like live to the age of 20. Brink feels fortunate to have him in Alpine. She said other exotic animals in his situation often end up being raised in places they should not be raised.

“Moka is one of the lucky ones that gets to stay at Lions, Tigers & Bears. There is no federal tracking of these animals,” said Brink.