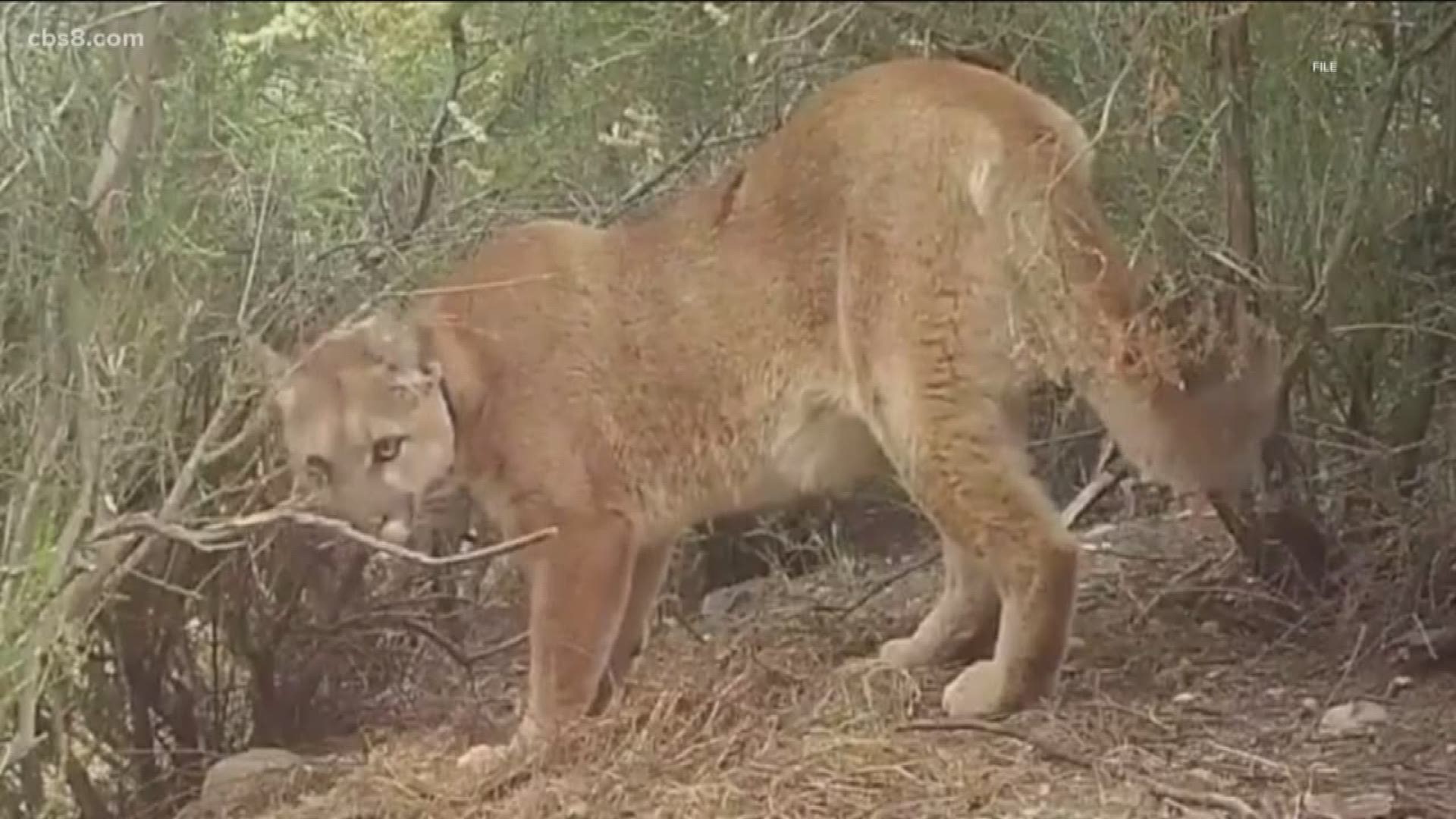 SAN DIEGO COUNTY, Calif. — With fewer people out and about, mountain lions are getting a little more comfortable in the North County area.

San Diego Zoo Safari Park said since the park's temporary closure due to the coronavirus pandemic, they've noticed a 50 percent spike in the number of mountain lion sightings on their land.

"We've actually lost a couple gazelles," said Steve Metzler, Henshaw Curator of Mammals at the park. "We believe it was from predation due to mountain lions."

"We respect the mountain lions, they deserve to be here. We want them to be in these surrounding areas, but we also need to protect our wildlife," he added.

The park is 1,800 acres. Half of that land is devoted to conservation efforts.

"This is a fairly new occurrence for us because typically the mountain lions would stay in peripheral areas, but they've been coming closer," he said.

"It's a lot of animals like gazelles, species of wild sheep, deer things like that," he said. "Some of which are endangered, critically endangered."

It's not just in San Diego that animals are changing their habits.

"What we're finding with the mountain lions here is very similar to what we're seeing all around the world," said Metzler. "With the change in human activity means the wildlife activity is changing."

"We're seeing goats and sheep in England venturing into the center of towns," he added.

Mountain lions are a specially protected species in California.

Metzler said they had to get special permits from the California Department of Fish and Wildlife to implement the changes.

RELATED: Yosemite National Park is closed to visitors and now the bears are thriving

RELATED: 5 mountain lions together on video in rarely seen moment