Experts said even just the images of puppies or other cute animals have been found to help release oxytocin, known as the love hormone. 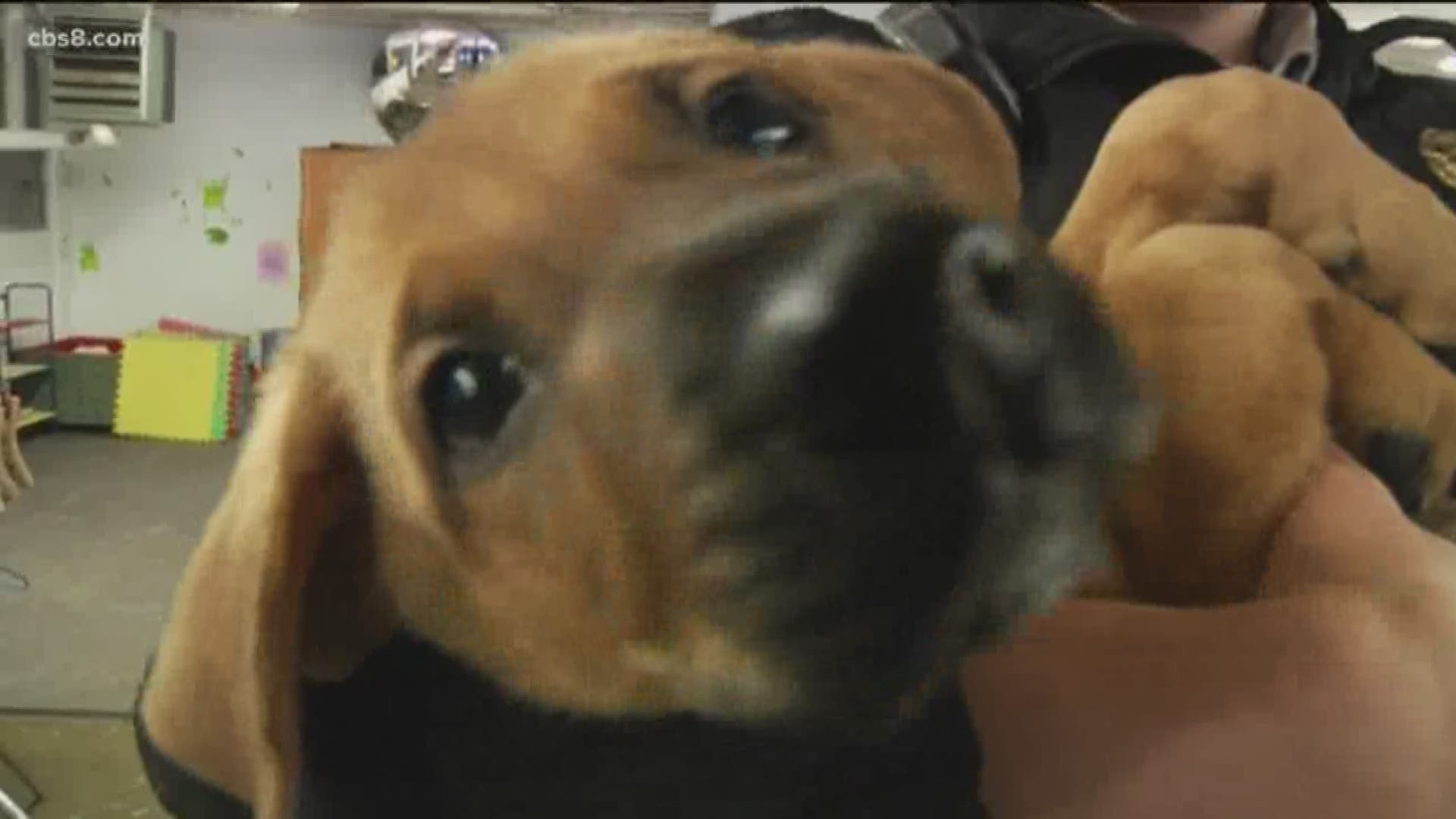 SAN DIEGO — In the wake of the mass shootings in Texas and Ohio, a special team of therapy dogs have been flown in to help victims and first responders heal.

In San Diego, Ricochet has become a local celebrity, but owner Judy Fridono said the Golden Retriever offers much more than just a surfing side-kick.

Ricochet has worked as a therapy dog for more than ten years, bringing peace to those going through a difficult time – including veterans with PTSD and children with special needs.

“Ricochet’s talent is healing people. We don’t have words to help them, but the dogs don’t need words,” said Judy.

It is this kind of healing that is being offered to the victims and first responders of the recent mass shootings.

“They are out trying to get that person who is going through the worst thing possible. When people are still in shock, the dogs can come and comfort them,” she said.

Experts said even just the images of puppies or other cute animals have been found to help release oxytocin, known as the love hormone.

“They are not going to be anxious or stressed. They are going to have a calming affect which rubs off on the person,” said Dr. Nicholas Ladany, PhD.

Therapy dogs do have to go through training, like the one offered by Paws'itive Teams, and a certificate process, but Judy said dogs like Ricochet are born with a special skill-set.

“She has a soul vision. She can see into your soul and help you heal,” she said.