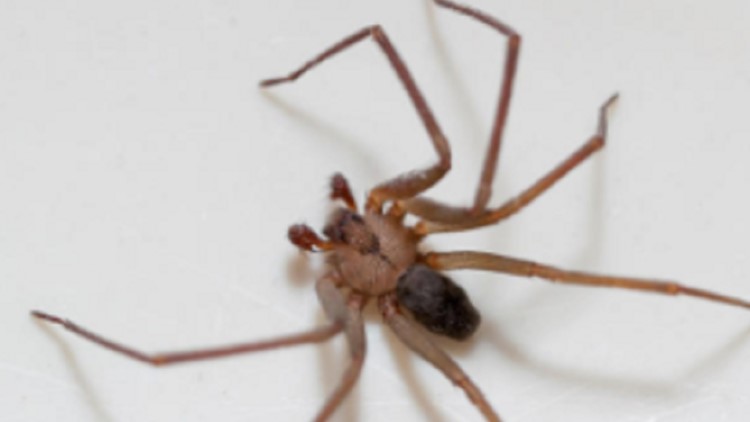 Woman thought she had water in her ear, doctors pulled out a spider

KANSAS CITY, Mo. — Most people know how it feels to have some water left in your ear after a shower or a dip in the pool. But a Kansas City woman was horrified to learn that in her case, that waterlogged feeling was actually caused by a venomous brown recluse spider lodged in her ear.

Torres said she didn't panic at that point, but shortly after, the medical assistant gave her a cringe-worthy reason that would freak anyone out. "She came back in and told me it was a spider," Torres said.

The medical staff used tools to get the spider out. Doctors told Torres it was a highly venomous brown recluse spider — which fortunately did not bite her.

"I never thought they would crawl in your ear or any part of your body," Torres said. She has no clue where the spider came from, but now she's taking precautions to prevent any other arachnids from burrowing in her ear.

"I went and put some cotton balls in my ear last night, because I did not have any ear plugs," she said. "I'm pretty terrified of spiders."

According to the CDC, the brown recluse is one of two venomous spiders found in the U.S., along with black widows. "Spiders are usually not aggressive and most bites occur because a spider is trapped or unintentionally contacted," the CDC says. So, Torres got lucky — she could've received a bite that would cause itching, pain, and irritation, or even, in rare cases, death.

It wasn't too long ago that doctors found a spider spinning a web inside a man's ear in China, The Sun newspaper in the U.K. reports. The patient went to the doctor complaining of an "itchy crawling sensation" inside his ear and doctors saw the insect deep in his canal. They took video of the web-spinning spider, which went viral in May.

Ear-dwelling spiders have made headlines other times before. In 2012, doctors in Chinafound a spider that had been living in a woman's ear for 5 days. And in 2007, an Oregon boy complaining of a faint popping sound "like Rice Krispies" ended up having two spiders removed from his ear.