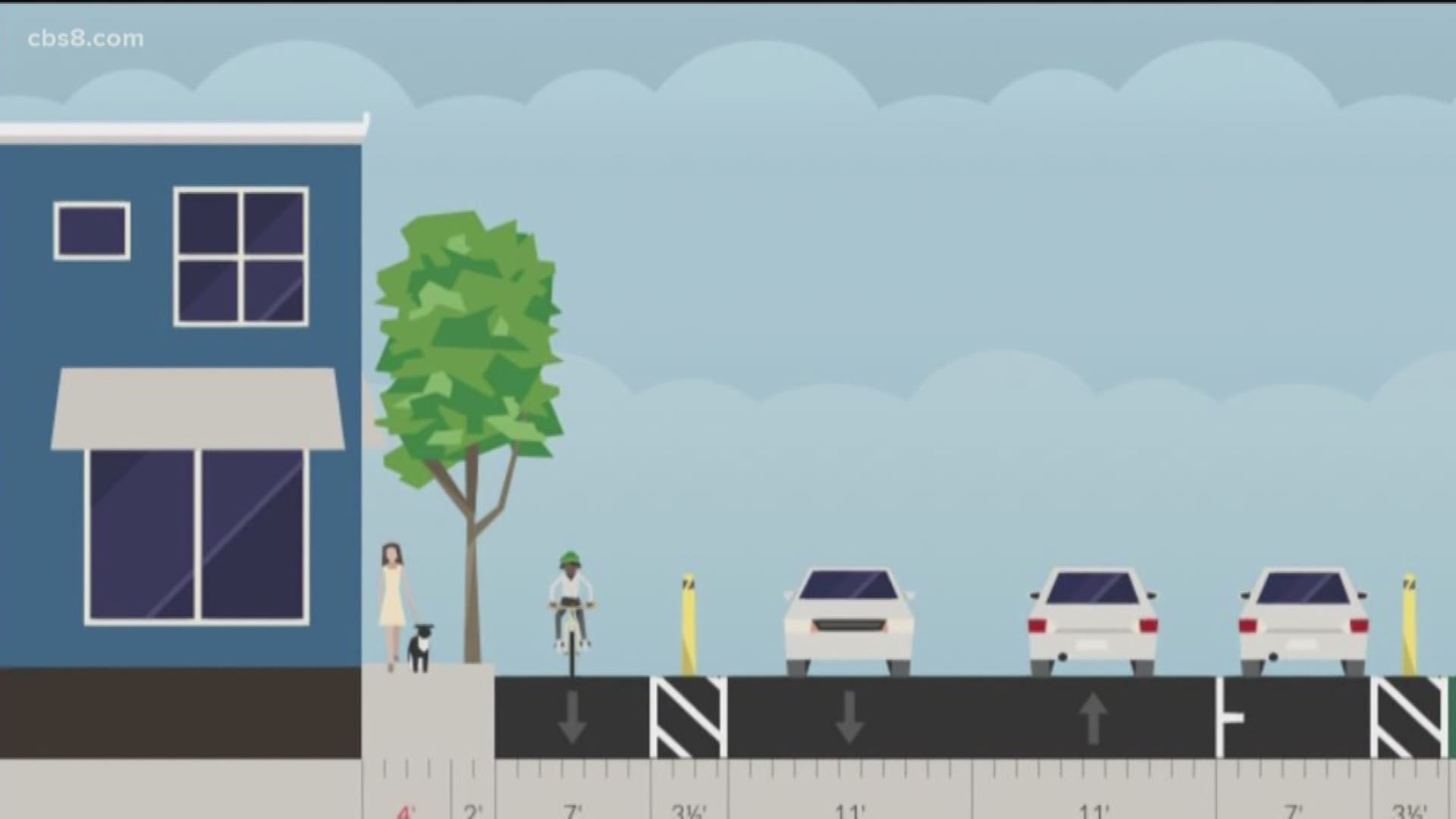 SAN DIEGO — Local cycling activists with the San Diego Bike Coalition and BikeSD, as well as community members formed a human barrier along 30th Street in North Park to protect bike riders during a family-friendly ride on Saturday.

Dozens of families with children rode along to demonstrate the need for a protected bike lane. They are asking the city of San Diego to install physical barriers in the form of a concrete curb, planters or flexible posts to help separate bicyclists from moving cars.

Organizers say the added protection will not only help encourage more people to get on their bikes, but it would also help boost business in the North Park community. On April 16, the North Park Planning Committee will have a meeting regarding protected bike lanes at 6:30 p.m. An engineer from the city of San Diego is expected to present possible bike lane designs at the meeting. The public is encouraged to attend.