Fans of Hodad’s showed up to celebrate the iconic burger joint's 50th anniversary and the late Mike Hardin's birthday. 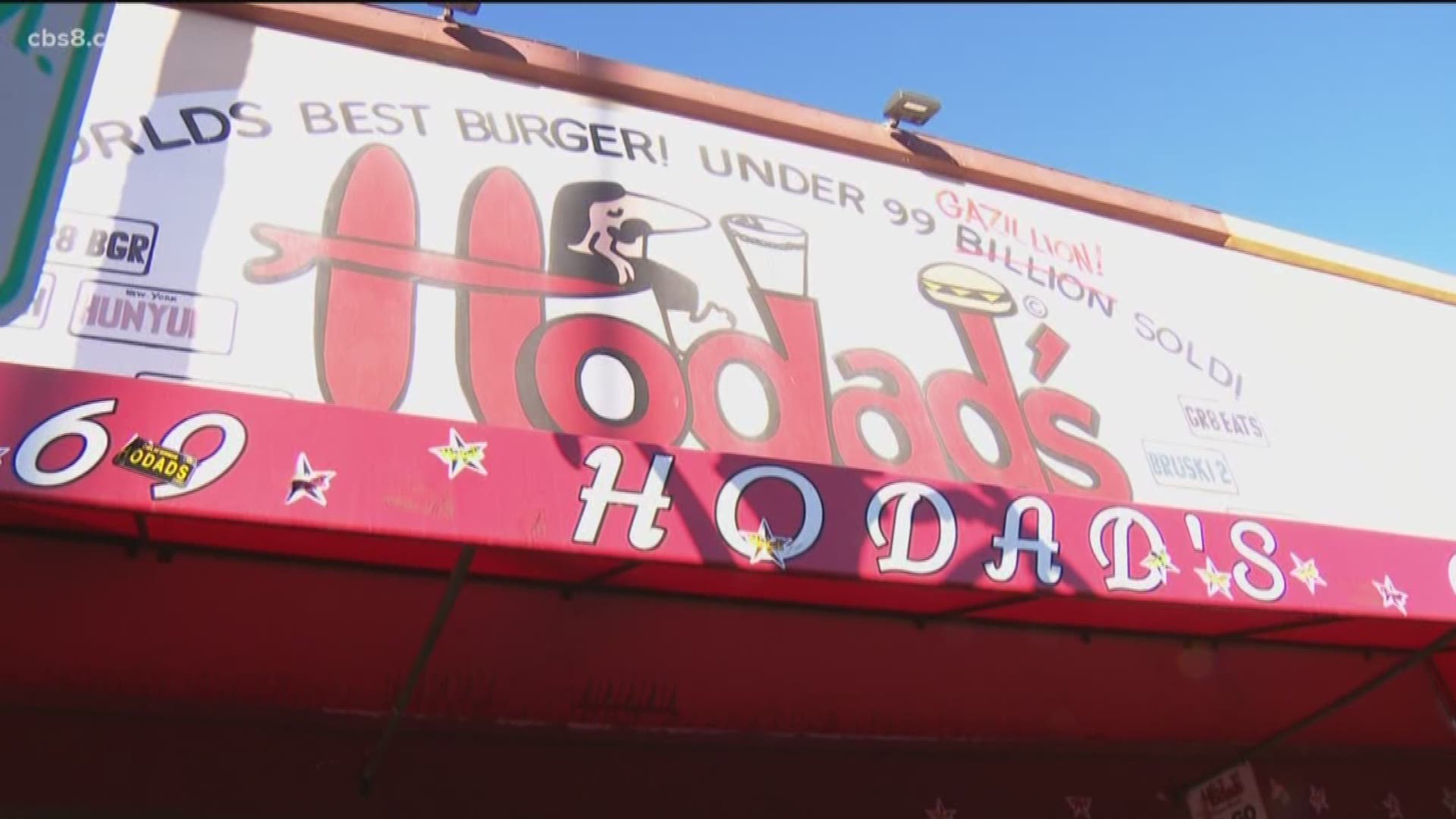 SAN DIEGO — Mike Hardin was a beloved community member and restaurant owner known all over San Diego simply as “Bossman.”

On Monday, fans of Hodad’s showed up to celebrate the iconic burger joint's 50th anniversary and the late Mike Hardin's birthday.

The iconic family-owned hamburger joint has been a staple in the San Diego community since 1969.

September 30 is Bossman’s birthday. He passed away at the age of 56 from a sudden heart attack. His children took over the restaurants after their father’s passing.

“It is unbelievable. We started as such a small family business, but to be here, to have cultivated this amazing community,” said Lexy Hardin, who is Hodad’s co-owner and Mike Hardin's daughter.

Hodad’s gained a huge following for its big burgers after being featured on Food Network’s Diners Drive-Ins and Dive’s. Hardin and host Guy Fieri became very close over the years.

“The plan for the next 50 years is basically to do most of the same thing we have been doing because it works and we have the people around us,” he said.

“There is nothing I don’t love about Hodad’s. They have the best food,” she said.

Two of Hardin’s former wives also came together Monday to celebrate the icon.

“He was a decent man and I think this community realizes that his heart is what we were all attracted to,” said Claudia Hardin.

“He would look around and just be overjoyed. He would be so humble,” said Robin Hayes.

“I hereby proclaim today is Hodad’s 50th Anniversary Day in the City of San Diego. Thank you, San Diego! Thank you, Ocean Beach!”

His children started the Hodad’s Foundation, a non-profit that donates to schools, veterans and the environment.