'Autism's Got Talent' crowns a winner from Carlsbad

DJ Jonah "J The King" Parks is the king of the first-ever "Autism's Got Talent," a fundraiser that raised $40,000 for the Autism Society San Diego. 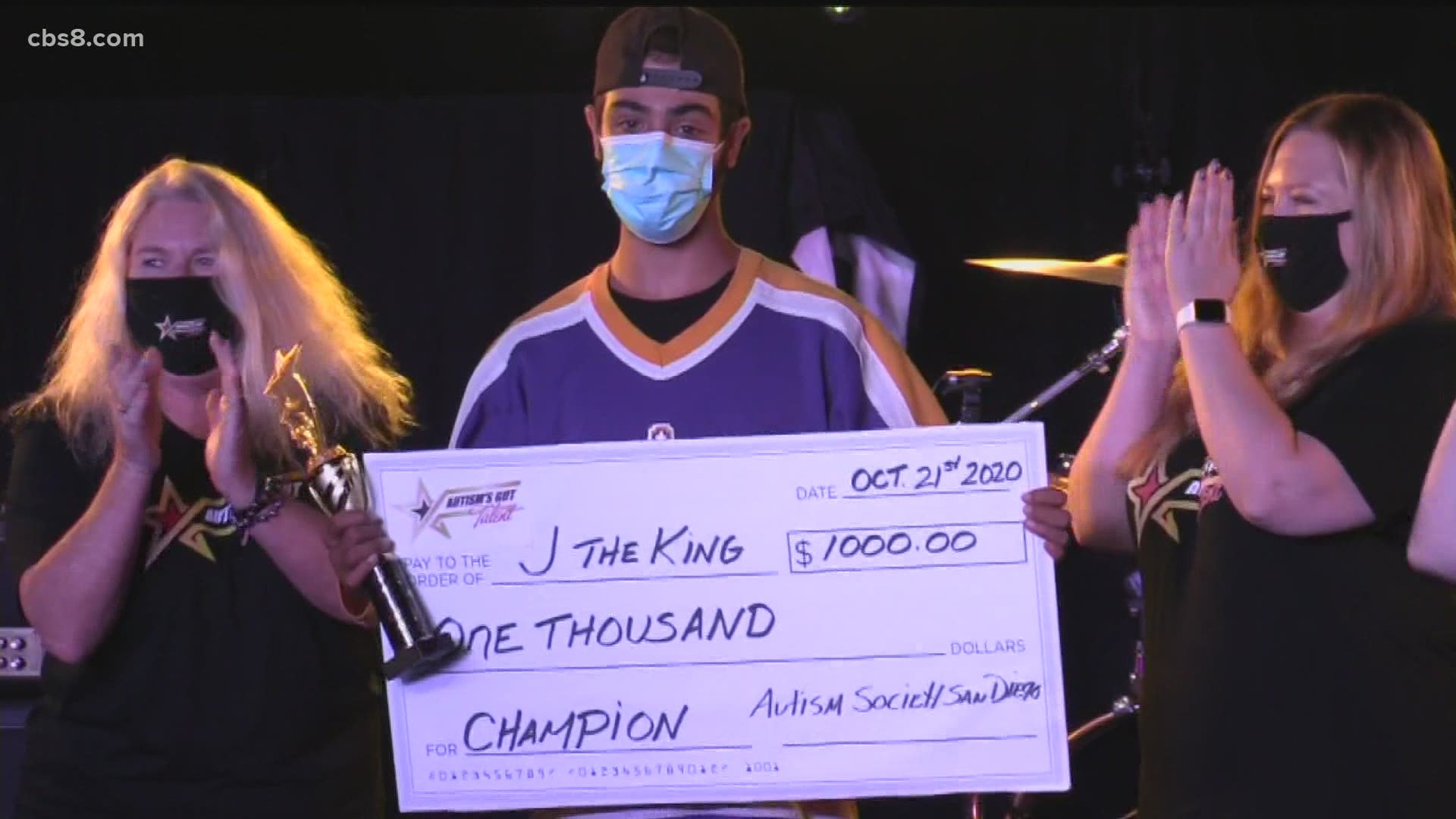 SAN DIEGO COUNTY, Calif. — A group of San Diego children and adults on the autism spectrum just wrapped up their fundraising version of "America's Got Talent" called "Autism's Got Talent" that focused on their wonderfully unique gifts rather than their challenges.

DJ Jonah "J The King" Parks from Carlsbad won first place because he loves what he does and you can tell.

"OK first off, pump people up. If you have a mic take advantage of it," Parks said.

Since the pandemic prevented the Autism Society San Diego from hosting some of its big fundraisers, they decided on this idea to showcase all of the amazing talents.

The Autism Society helps improve the lives of hundreds of thousands affected by autism. 16-year-old Jonah Parks is one of them.

"They really like what I did for the contest," said Parks.

Each finalist got to film at Rock and Roll San Diego for the online competition decided by a public vote. Each vote cost $5.

"J the King" not only helped to raise the $40,000 that will go towards programs in San Diego, but he also won $1,000 which he said will go towards his dream of becoming a professional DJ.

"I'll probably spend it on some new equipment. I'm a beginner so I decided to spend it on a more advanced controller now because I feel like I'm ready for it," said Parks.

To see the top three finishers for the 2020 event, you can watch them all here.

The next "Autism's Got Talent" is planned for the summer of 2021.