Autism dog returns after a year of training

A golden retriever is back in San Diego after spending a year undergoing extensive training to become a service dog to autistic children. 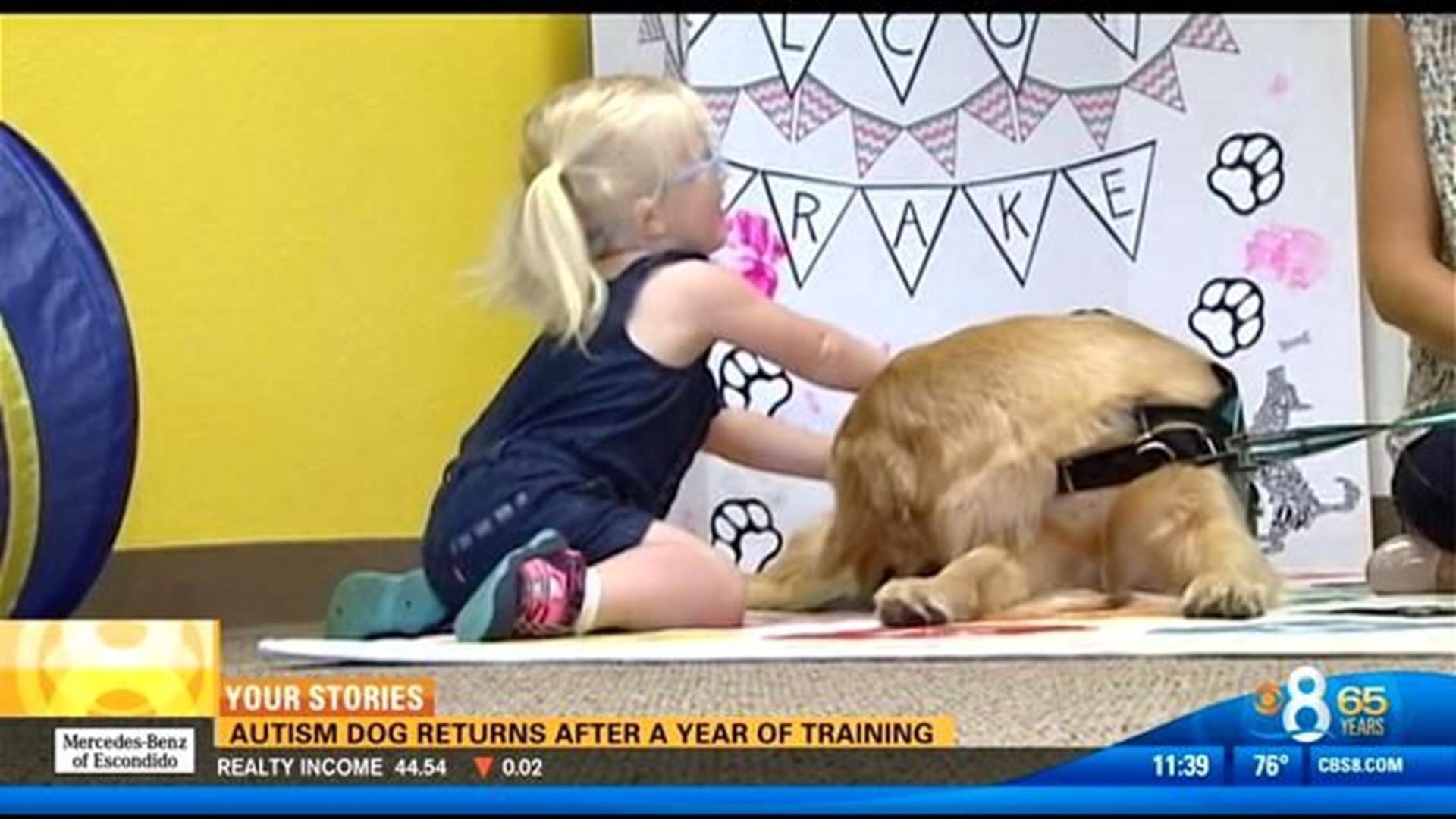 SAN DIEGO (CBS 8) - A golden retriever is back in San Diego after spending a year undergoing extensive training to become a service dog to autistic children.


Drake, named after the
Drake Center
, a veterinary hospital that raised money to sponsor her training, debuted her new skills on CBS News 8.


She'll be working with kids at the
Comprehensive Autism Center
in Oceanside.


"A lot of kids with autism will for example, flap their hands, and Drake is taught to nudge the child, to redirect them and to comfort them. She's been taught ways to keep the kids grounded, so that they can learn what they're here to learn,"
Good Dog! Autism Companions
founder Laura Sylvester said.


Good Dog! Autism Companions is a company that provides service dogs to children with autism.


Instead of working with just one child though, Drake will work with many.


"Scientific studies show they lower stress hormones in kids, makes them focus, and keeps them calm. They're able to go into public where they couldn't before, they're able to stay on task," Sylvester explained.

Some of the footage used in the above video was shot using a GoPro camera.