Your Stories Investigates: How did K9 Jester go from star to shelter? 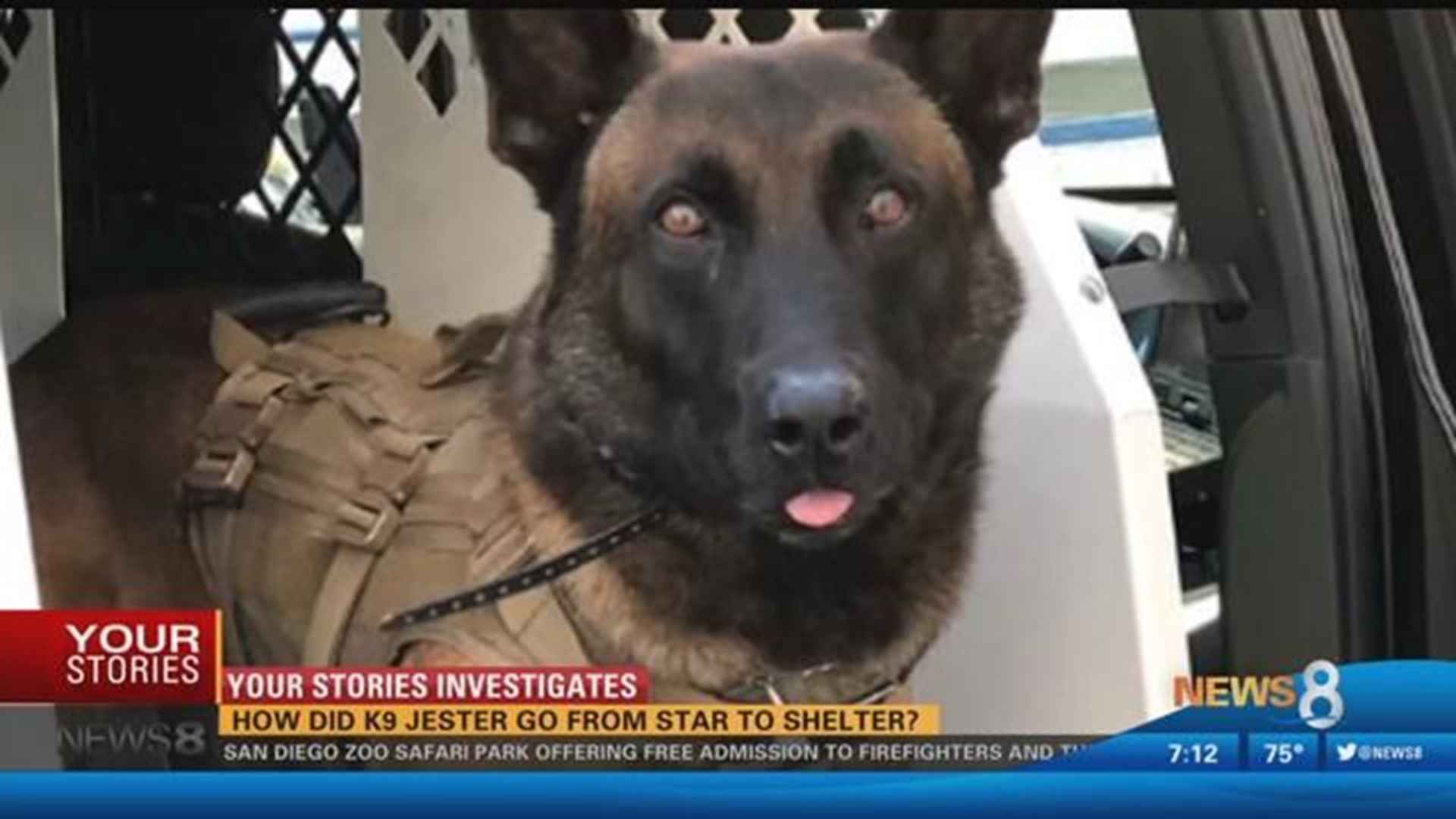 Together the pair confiscated over two-million-dollars worth of drugs off the streets. In their down time the two also had a lot of fun. News 8 even featured the two partners in a story this past February.

In his time with Officer Walker, Jester became a social media star on Instagram.

As one door opens for Officer Walker, apparently another has closed. He recently resigned from the El Cajon Police Department to take a new job, and because of his special bond with Jester, he offered to buy the K9 to keep as a family pet.

The City of El Cajon said no.

Officer Walker’s story quickly went viral on social media with more than 135,000 people signing an online petition to encourage the city to reconsider. A GoFundMe page was also started to pay for a new dog and all of its training.

News 8 recently received emails from viewers concerned about Jester’s future now that officer Walker is no longer with the department.

El Cajon city’s manager declined News 8’s request for an on-camera interview, but did make it clear that he has no interest in a deal for a new dog. The way he put it, why would I trade my star quarterback for an unproven rookie?

“He is a great quarterback under the coach that is Jordan Walker – that much we know. You take that start QB and put him with an unknown coach and you don’t know what that QB is going to do,” said animal advocate, Caz Potts.

Potts is part of a nationwide team fighting to get Officer Walker and Jester back together. They are furious knowing that, for weeks, Jester has been living in isolation at the El Cajon Animal Shelter.

“He was treated like one of the family pets when he was home with Jordan and his wife,” said Potts.

The shelter would not allow News 8’s crew to see Jester, but they did say he had visitors every day and was very pampered.

El Cajon police tweeted out a picture showing a new officer working with Jester. The officer’s current living conditions do not allow him to keep Jester at home.

In the meantime, Officer Walker is still hoping for a better ending to this story.

“None of us are giving up. We think this is ridiculous and we think it is potentially dangerous and we will keep fighting until they get back together where they belong,” said Potts.

Legally, Jester does belong to the City of El Cajon, and because he is only five-years-old, they believe he can work for several more years.