For the sixth year in a row, Hispanic homeowners make up the largest growth in new homeowners but there are barriers to overcome to achieve the dream. 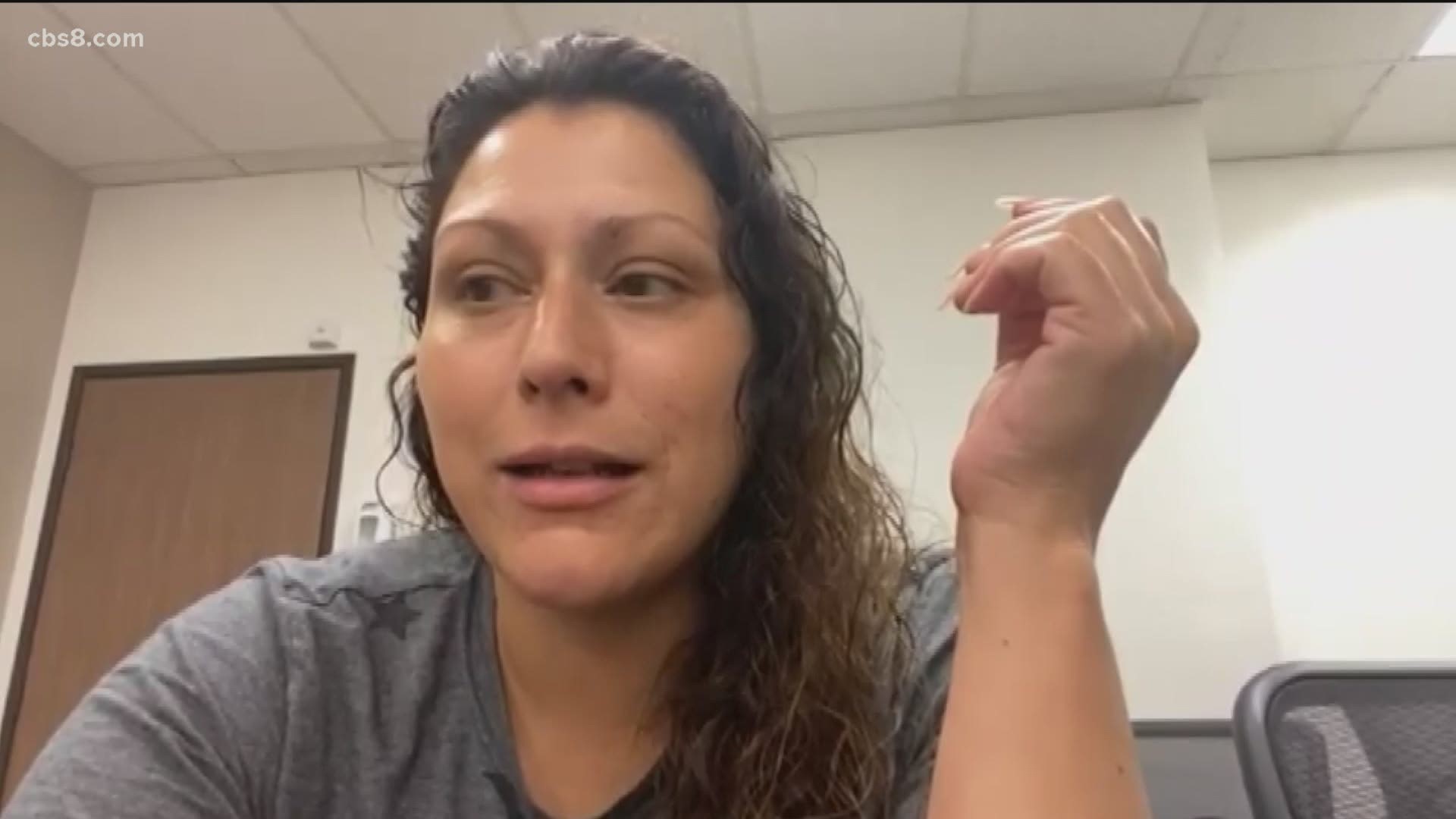 SAN DIEGO — Hispanics make up the fastest growth in new homeownership nationwide and in San Diego. The Urban Institute projects Hispanics will be the fastest-growing ethnic group over the next 20 years.

Despite that growth, The Urban Institute says Hispanics will face barriers such as inequitable access to credit, down payments and opportunities to build wealth.

Cathy DeLaCruz is a mother of five and bought a home two years ago in Chula Vista.

“It changes the future of our society,” said DeLaCruz.

Victor Avina and his wife welcomed their son Luca and moved from their rented condo in Little Italy to their first home in Otay Ranch in February.

“It's a dream come true and an amazing feeling,” said Avina.

They are both first-time Hispanic homeowners but took different paths to homeownership.

“It takes a lot of self-motivation and support,” said DeLaCruz.

That support came from the National Association of Hispanic Real Estate Professionals.

“Getting people prepared with their credit scores and savings and all of the things that people don't want to look at. We need to open that book and figure out what path where you can afford to purchase home,” said Cathy Martinez, NAHREP San Diego Government Affairs Director.

A recent study by the Urban Institute projects in 20 years, 70% of new homeowners will be Hispanic but they will face barriers.

“We've been blessed putting our stake in the ground but we have to work to help others,” said Avina.

That work comes from the community and organizations like NAHREP who advocates for equitable housing and pushing for new housing by transit.

“How do we stop talking about how there is not any housing and how we create housing is by policy,” said Martinez.

NAHREP's 2020 State of Hispanic Homeownership report shows among the top 10 populous Latino markets, San Diego and Los Angeles are the most unaffordable cities for Hispanics to live in yet they are driving homeownership growth in San Diego by 56.1%.

“For the population of color to be able to afford a home in San Diego their income has to rise at least 38%  just to get into an entry-level home, which is not going to happen overnight,” said Martinez.

For Hispanic families who lost their job in 2020, many had saved for a house before the pandemic and are now using that money to pay for food.

Martinez and DeLaCruz met more than three years ago while the mother was renting in National City. NAHREP has helped put DeLaCruz and other residents on the path to homeownership with local government financial assistance such as the San Diego Housing Commission Affordable For-Sale Housing Program and San Diego County’s Down Payment and Closing Cost Assistance Program and other federal programs.

While more work needs to be done, DeLaCruz said despite the overwhelming house hunt, the proud Latina mother hopes to encourage others not to give up.

“Even with the barriers we see in our life, with limitations in our life that it is possible and there are resources,” said DeLaCruz.

3. There are currently over 1.4 million Latinos living in San Diego County, or 34.1% of the population.

4. Over the last ten years, San Diego County has added 141,892 Latinos and Latinos have accounted for 61.1% of the population growth in the county since 2010.

5. The homeownership vacancy rate is 1.1% in San Diego county, slightly lower than for the state of California (1.2%). It is higher though than the rental vacancy rate (4.8%), which demonstrates a need to prioritize new homeownership opportunities compared with new rental housing.