A 'Cobra' helicopter from Camp Pendleton has reportedly crashed in De Luz, north of Fallbrook. There is one confirmed death. 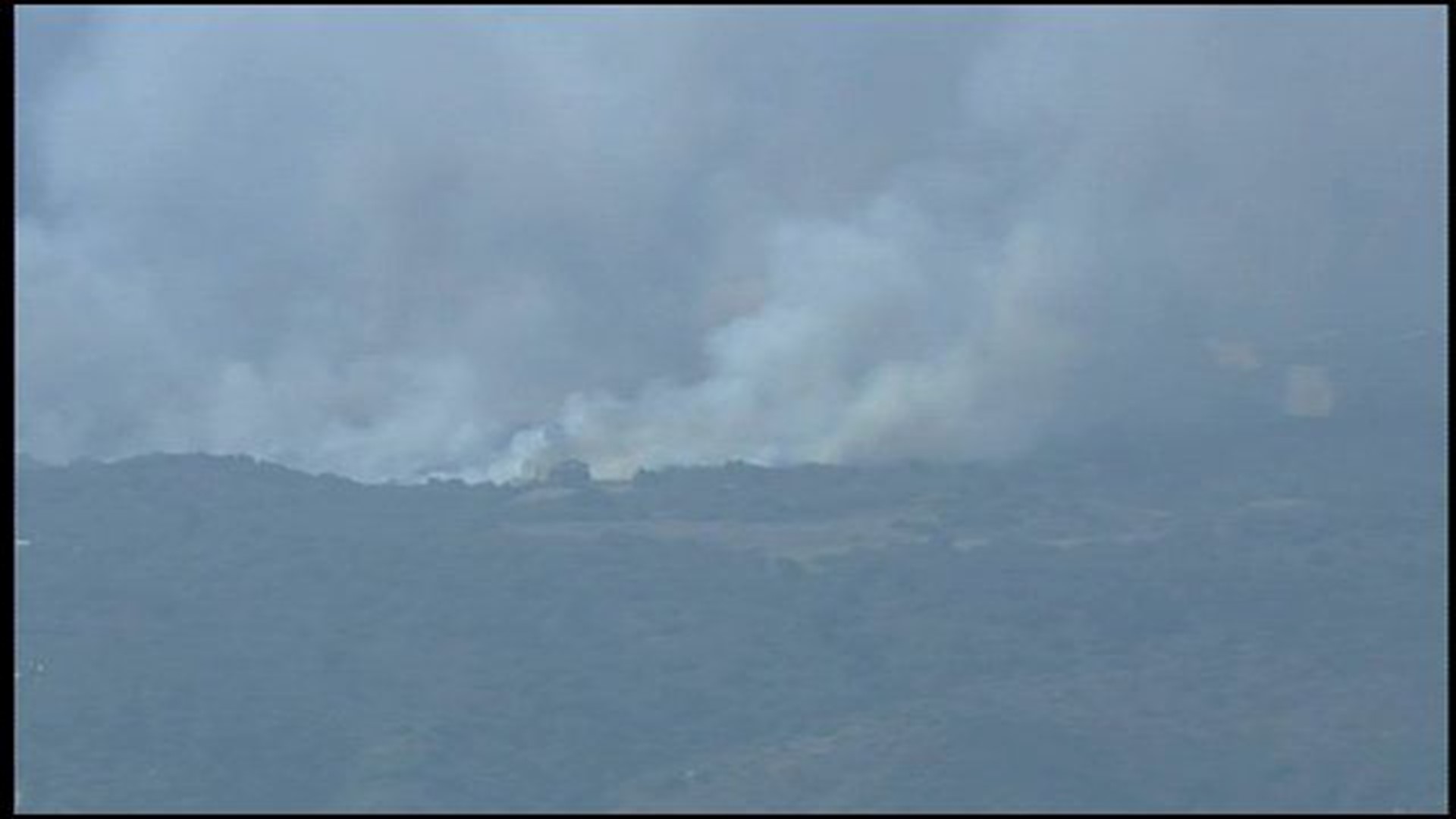 CAMP PENDLETON, Calif. (AP) — A helicopter that went down during a training exercise at Camp Pendleton killed two Marines and set off a two-acre brush fire on the base on Monday.

Base firefighters were battling the blaze two hours after the 1 p.m. accident involving the twin-engine, two-seat attack helicopter belonging to the 3rd Marine Aircraft Wing, a Marine statement said.

The crash occurred in the southeast corner of the base near the community of Fallbrook. The Marines were pronounced dead at the scene. Their names won't be released until their families have been notified, officials said.

Several accidents have happened in recent months involving Marine Corps training in Southern California, including a fatal accident in July.

In August, two Marines were ejected from their F/A-18 Hornet fighter jet as it plunged toward the Pacific Ocean. The two Marines spent four hours in the dark, chilly ocean before they were rescued. Both suffered broken bones and are undergoing rehabilitation at a San Diego hospital.

In July, a decorated Marine from western New York was killed during a training exercise when his UH-1Y helicopter went down in a remote section of Camp Pendleton, north of San Diego.

Another Hornet sustained at least $1 million damage when its engine caught fire on March 30 aboard the USS John C. Stennis during a training exercise about 100 miles off the San Diego coast. Eight sailors, a Marine and two civilians were injured.

The Navy has said debris in the engine is the suspected cause of that fire.

THIS IS A STORY UPDATE. A previous story is below.

(CBS 8) – An AH-1W "Cobra" helicopter has reportedly crashed at Camp Pendleton near Fallbrook Monday afternoon. The two people aboard are confirmed dead.

The helicopter went down at approximately 1:00 p.m. Monday in a training area in the southeast corner of Camp Pendleton.

A small brush fire broke out as a result of the crash. Fire crews are on scene working to contain the flames.

An investigation into the cause of the crash is pending.