The death of Rebecca Zahau at the Spreckels mansion got even more bizarre Saturday, amid reports that investigators found Asian pornography and bondage anime on a computer at the home. 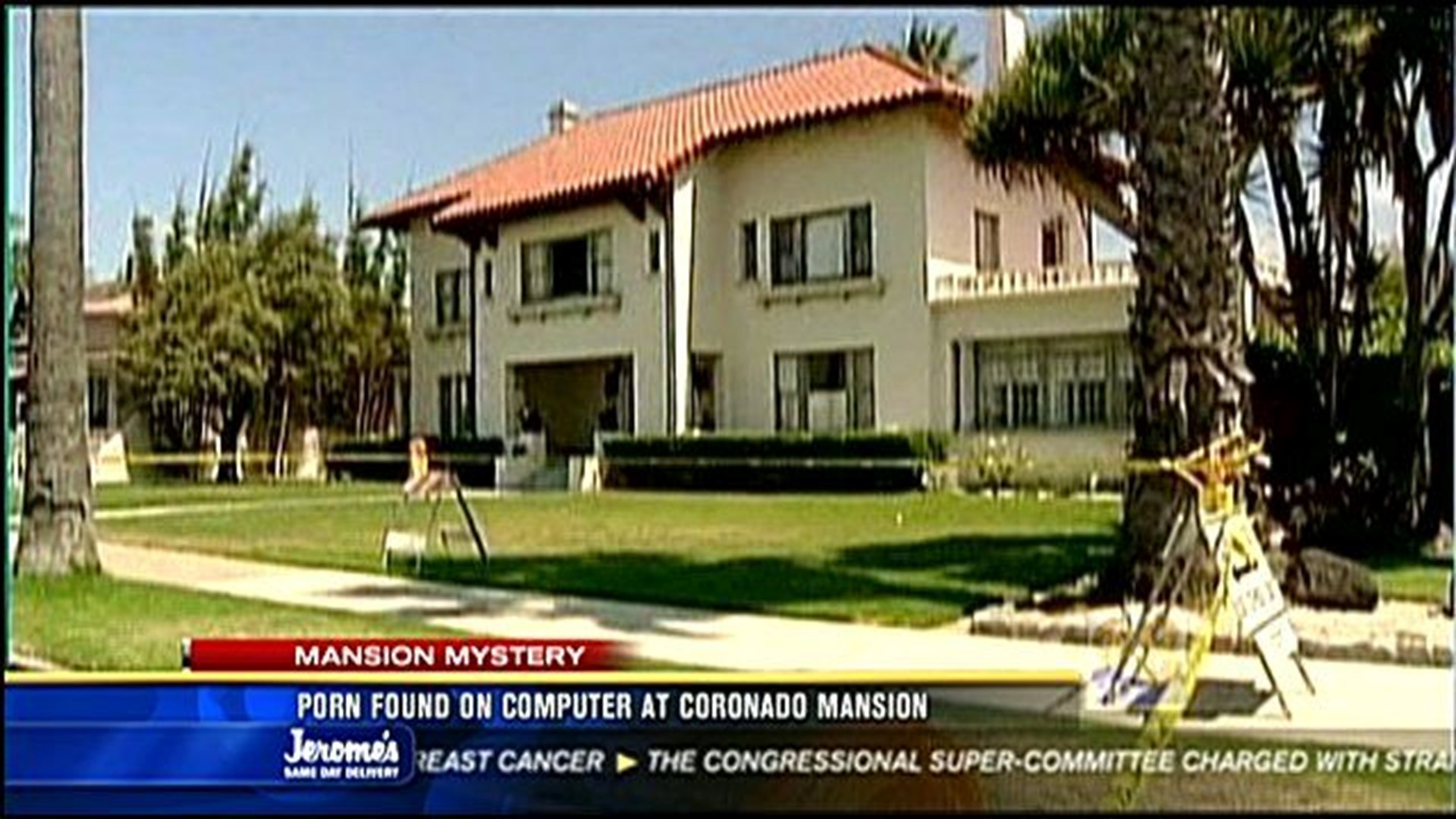 CORONADO, Calif. (CBS 8) - The death of Rebecca Zahau at the Spreckels mansion got even more bizarre Saturday, amid reports that investigators found Asian pornography and bondage anime on a computer at the home.

Zahau was found naked and bound on the morning of July 13 after Adam Shacknai, the brother of the mansion owner, called 911 to report her death by hanging.

The San Diego County Sheriff's Department ruled Zahau's death a suicide but her family believes she was murdered.

On at least one of the computers, the forensic examination found pornography, according to comments posted Friday evening on Bremner's Facebook page.

In a phone interview with News 8, Bremner later confirmed that more than a dozen searches of sexual content – using terms like "raped, sexy Asian girls, and bondage anime" – were accessed on a computer the day before Zahau's death.

"It's important to the investigation because there is an image from anime, and its called bond anime and it shows an Asian women bound; at least her hands are bound behind her back," said the Seattle-based attorney.

Bremner said it was not Zahau who looked at the online content and suggested the computer may have been accessed by someone using an airline account.

"When they searched computers and her phone, they didn't find any searches for rope, suicide, hanging – anything like that," said Bremner. "What they did find was this (pornography), which is consistent with somebody else doing it and it's important to find out who that is."

"That information is now in the possession of Anne Bremner if she'd like to discuss that with you," said Gore. "We're not really putting out all the specifics of the information found on the computer."

Those specifics are contained in the forensic computer report that Sheriff Gore also said he is not inclined to release.

"We released what we thought was pertinent so the public could understand how we arrived at our conclusions. To release the whole file would not be in keeping with our own policy," said Gore.

A spokesperson with the Sheriff's department told News 8 on Saturday, "We see no need to comment."

The Facebook posting has since been removed but Sheriff's investigators have said it was Adam Shacknai who discovered Zahau's body around 6:30 a.m. on July 13.

Bremner said Adam Shacknai claimed during a lie detector examination that he was viewing pornography on his iPhone just before he walked out of the mansion guest house and found Zahau hanging.

Adam Shaknai did not respond to voicemail messages left on both his home phone and cell phone seeking comment.

Attorney Bremner said she is planning to submit evidence in the case to the California Attorney General in the next few weeks, which she hopes will lead to a new, independent investigation of Zahau's death.