On Wednesday night, the Lakeside Community Center was filled with dozens of people against a proposed sand mine project. 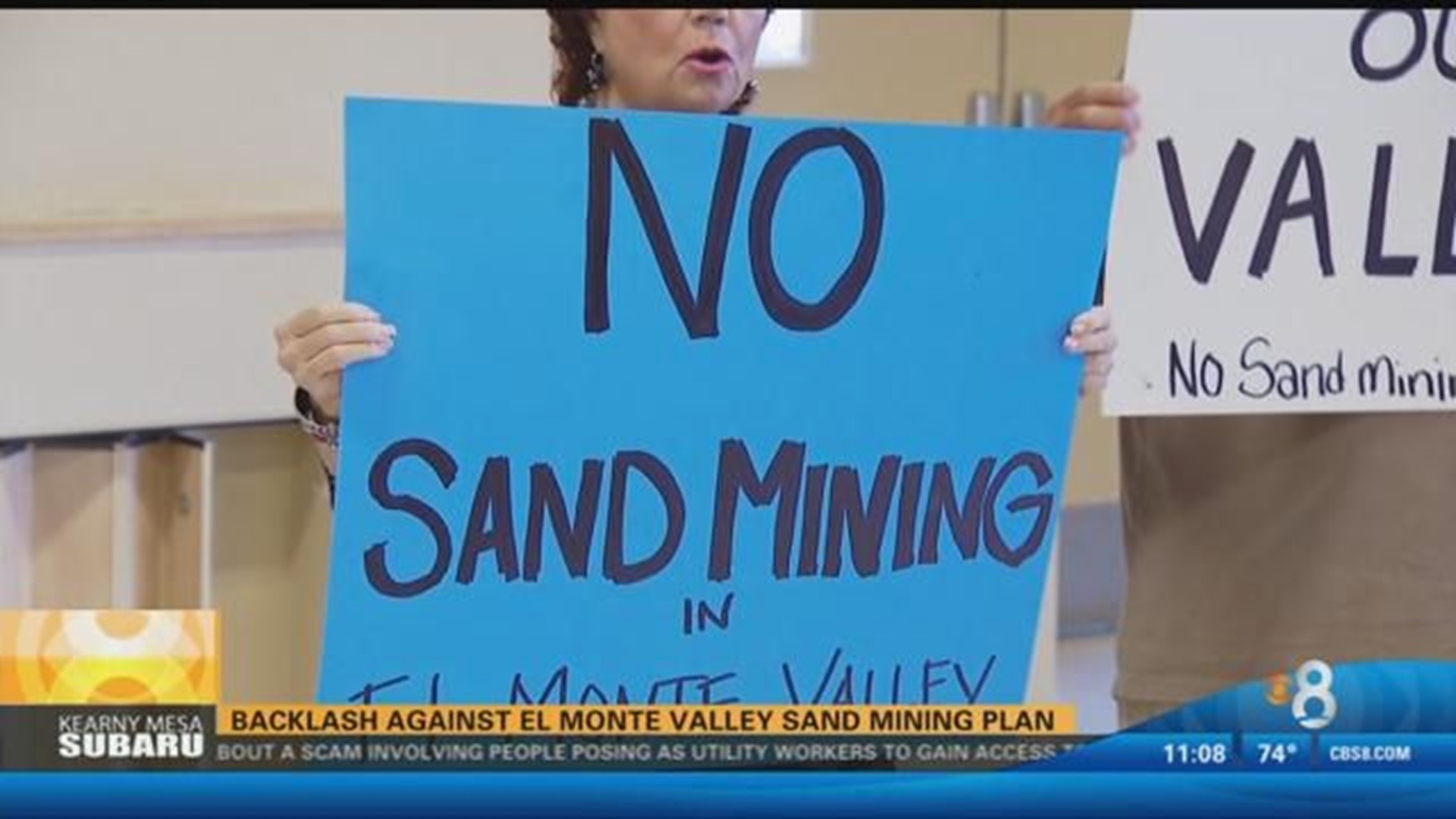 SAN DIEGO (CBS 8) - On Wednesday night, the Lakeside Community Center was filled with dozens of people against a proposed sand mine project.

Residents did not hold back about a proposed sand mine in Lakeside. Opponents said the proposed El Monte Nature Preserve sand mine would destroy the area's natural habitat and scenic landscape.

EL Monte Valley resident Catherine Gorka asked, "who wants to live next to a mining pit?"

In a scoping meeting held by San Diego County Planning & Development, about 100 residents like Gorka, voiced their concerns about the environmental impacts the sand mine project will have on the 200-acres.

"I am really tired with people with deep pockets feeling they can tell us 'poor folk' out here in East county what we can do and can't do with our land," said Dr. Michael Evans, who is an El Monte Valley resident.

Families are worried about their well water disturbing natural habitats.

"Part of our job is make sure that everybody that has a stake in this, everyone that has concerns, that their concerns and voices are heard," said Mindy Fogg, the San Diego County Planning & Development Services manager.

The company said it will reclaim the land and by staying local, will help save 14 million pounds of CO2 (carbon dioxide) emission.

"We understand the concerns. We don't think they are well founded in science. We are going to prove that," said Bill Adams, El Monte Preserve LLC., managing partner.

The county said if approved, it could take two years for sand mine operations to begin. If appealed, the County Board of Supervisors would make the final decision.

The public has until September 14th to submit environmental concerns.