It's hard to keep track of your child's activity on social media but now there an app for that. 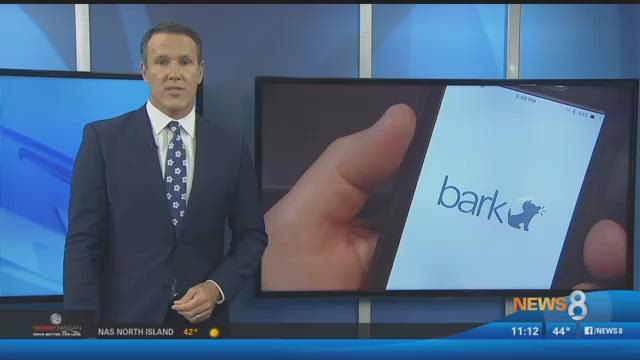 SAN DIEGO (NEWS 8) - It's hard to keep track of your child's activity on social media but now there's an app for that.

It's called Bark. The app alerts parents to suspicious activity without invading your child’s privacy.

“The best thing about Bark is that you don't spy. You're not spying at all,” said Ayme Pankratz, the mother of three sons.

It red flags issues and sends an alert to parents via text message.

“I’ll go to my phone and then I’ll go to review issues,” said Pankratz. “The first month that our kids had this we were getting a lot of notifications. There was a lot going on.”

The company claims Bark can detect nudity in photos and videos, foul language, sexting, cyber bullying, even signs of depression.

“The conversation is recognized. It is sent to the parent via text or email and not only do we send them the problem, we give the next step on how to deal with it,” said Tatiana Jordan, a spokesperson with the company.

First, you download the software and install it on your home computer.

Next, you'll need to enter the username and password for your child's social media apps.

Then, as often as you like, a backup copy of the data on your child's smart phone is uploaded to the company and analyzed.

It's all done automatically so you don't have to spend hours reading through your kid's text messages.

“They can have confidence that I'm not going to go to their phone and start checking and reading all their messages, which is modern day privacy for teenagers,” said Pankratz.

Parental alerts include a screen shot of the offending message.

Pankratz said the alerts give her an opportunity to communicate with her sons.

And, she said, sometimes her sons use Bark as a way to bow out of inappropriate interactions with other kids.

“When they can say, 'Hey guess what guys, my parents monitor my phone, knock it off,’ it gives the kids an easy out from the conversation as well,” said Pankratz.

Bark costs $9 per month for the entire family. You can try it for free for one week and cancel your account at any time.

The company says it deletes most of the backup data from its servers after 30 days. Material that is red flagged is kept as long as the parent needs to access it.