A whale spotted three months ago off the coast of La Jolla is getting new attention. 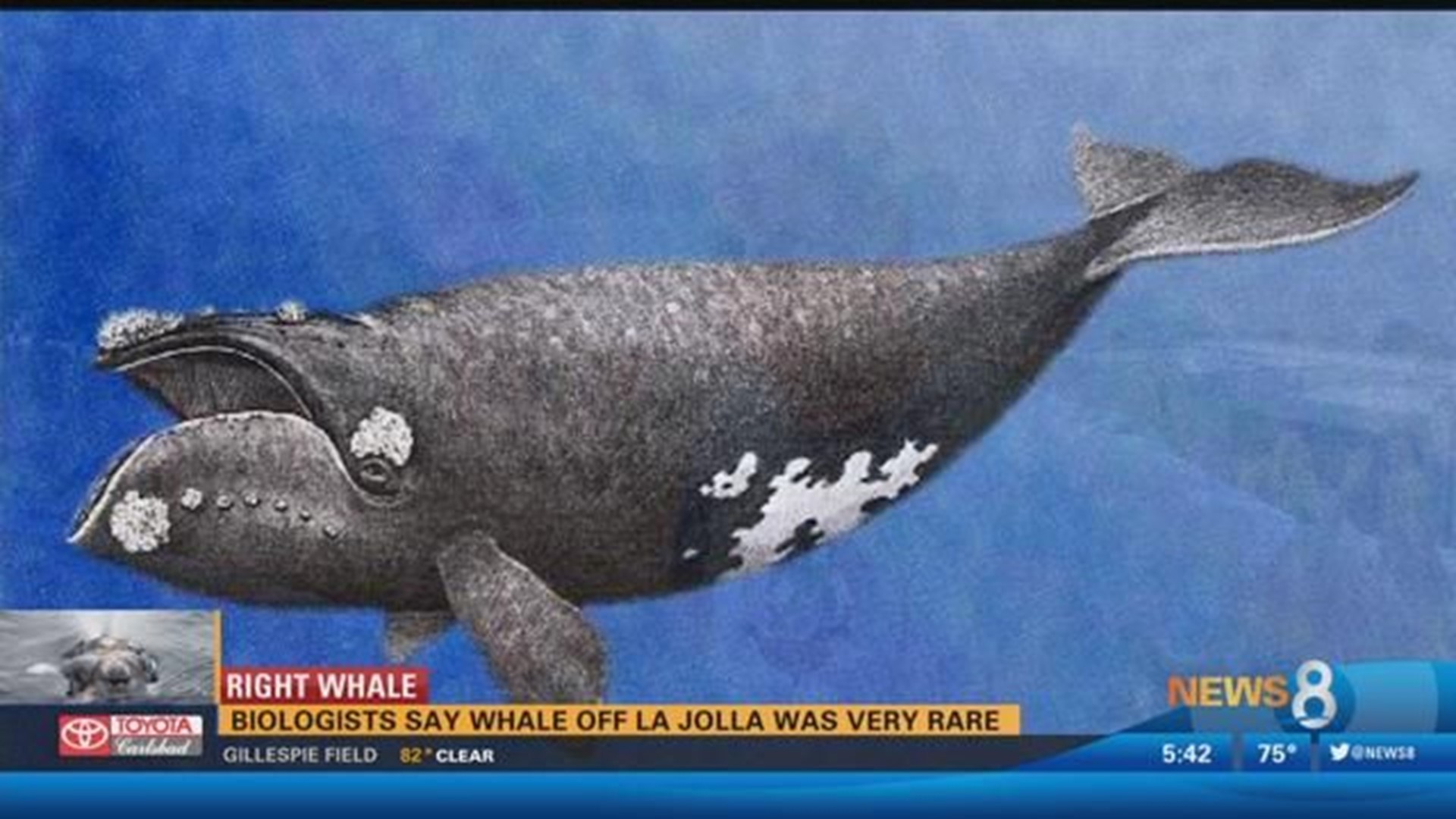 SAN DIEGO (NEWS 8) - A whale spotted three months ago off the coast of La Jolla is getting new attention.

Initially, spectators gathering on shore thought the animal was a common gray whale but it was actually something much more rare and special.

Turns out, the animal was a North Pacific right whale.

News 8 first aired the video in April.  Recently, News 8 received an email from Yasutaka Imai, a marine biologist in Japan.  He said he believed the whale was a right whale based on several factors.  We had local biologists study the video and they've agreed with Imai.

The North Pacific right whale can grow 60 feet long and weight up to 80 tons, according to Moore.

Right whales spend summer months in the Alaskan Sea. There’s less than 50 of them left in the eastern Pacific Ocean.

“This sighting we had in April was the second sighting in La Jolla since 1988,” said Moore. “It’s the rarest of the large whales, a critically endangered species.”

Moore said the News 8 video created a buzz up and down the west coast when experts realized it might be a right whale.

Then, photos surfaced on Facebook of the same whale. The pictures were shot by Nancy Brown, a tourist from Tucson, during an airplane sightseeing flight over La Jolla.

The photos allowed a more positive identification of the animal.

“The photo (of the right whale) has a broad V-like blow and you could see it's a really broad girthy animal, which is characteristic of these animals,” said Moore.

Unfortunately, by the time positive identification was made the right whale was nowhere to be found. It likely moved north on its annual migration.

“Everyone was really excited but also disappointed that we didn't know it was there under our noses, where we might have gone out and gotten some genetic samples. So, we were excited and disappointed at the same time,” said Moore.

During the 1800s, there were tens of thousands of right whales in the North Pacific Ocean but the population was decimated by commercial whaling.

Experts believe right whales migrate south to give birth to their calves somewhere off the coast of Southern California or Baja but the exact calving location remains a mystery.