A federal judge has lifted a protective order that kept secret the names of the agents involved in a videotaped border death three years ago. 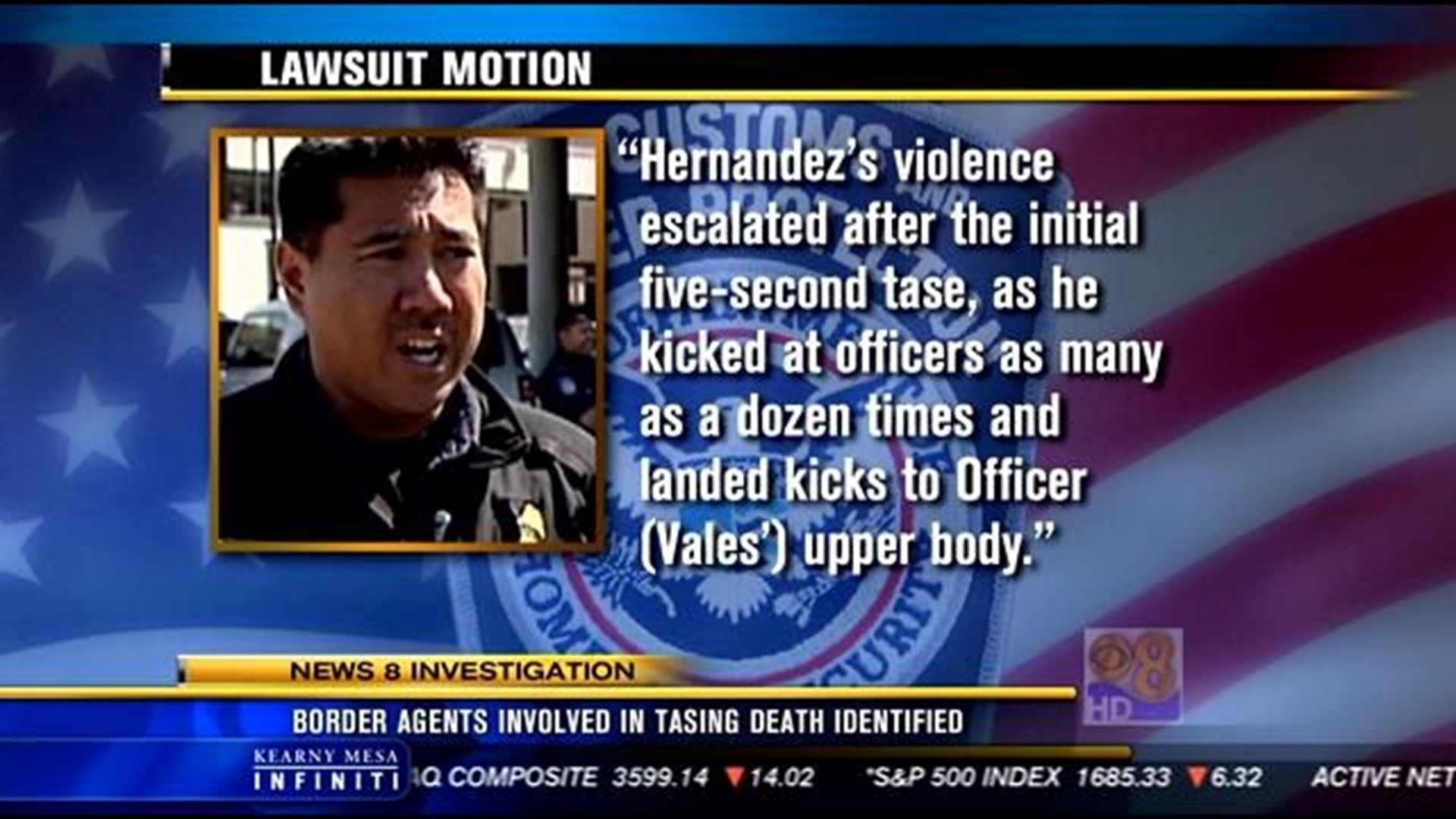 SAN DIEGO (CBS 8) -- A federal judge has lifted a protective order that kept secret the names of the agents involved in a videotaped border death three years ago.

In 2010, federal agents used batons and a Taser gun to subdue Anastacio Hernandez Rojas, 42, as they attempted to deport him through the San Ysidro border crossing.

The undocumented, father of five suffered a heart attack and loss of oxygen to the brain, resulting in his death days later in the hospital.

Then, last year, a witness came forward with explosive, new cell phone video of the incident.  The video aired on PBS television and led to a national debate on use of deadly force by border agents and officers who operate under the Department of Homeland Security.

In the video, Hernandez is seen on the ground and handcuffed as a Customs and Border Protection officer repeatedly shocks him with a Taser gun.

The names of the 12 agents depicted in the video have never been made public, in part, because of a protective order stipulated to by all parties in the federal lawsuit.

On Monday afternoon, attorneys representing the 12 agents agreed to a court order lifting the earlier protective order that had kept the names secret.

United States Magistrate Judge David Bartick then issued an amended order stating that, "as of 5:00 p.m. on July 29, 2013, the requirement that the parties use a star numbering system for each individually named defendant shall no longer apply," expect for one defendant, who apparently works undercover. That undercover Border Patrol agent will continue to be identified in court papers as "V325."

The officer seen tasing Hernandez repeatedly is identified in court records as Jerry Vales, 45, a Customs and Border Protection officer since 2003. News 8 recorded an interview with Vales in 2008 as part of an unrelated report at the San Ysidro crossing.

Sean Riordan, a staff attorney with the ACLU of San Diego and Imperial Counties, represented the human rights group Southern Border Communities Coalition, which fought to get the names released.

"Justice can really only operate as a mechanism for accountability if it is transparent," said Riordan. "Part of the problem with groups concerned with human rights in the border region is, there hasn't been transparency in these investigations."

"If civil litigation turns out to be the only way to create transparency, then that's an important venue for the public to be able to learn more about what actually happens in these incidents," said Riordan.

A key issue in the lawsuit is weather Hernandez was resisting as agents tried to restrain him. The witness who shot the cell phone video said Hernandez was on the ground and not resisting.

But in civil court filings, attorneys for Vales claimed, "Officer (Vales) announced he had a Taser and warned Mr. Hernandez to stop resisting."

"Hernandez's violence escalated after the initial five-second tase, as he kicked at officers as many as a dozen times and landed kicks to Officer (Vales') upper body," according to a motion filed in the lawsuit.

Attorneys representing Vales and several other agents named in the lawsuit did not respond to messages seeking comment on Monday's lifting of the protective order.

The records show there were two Immigration and Customs Enforcement agents, six Border Patrol agents, and four Customs and Border Protection officers involved in the altercation with Hernandez.

News 8 has chosen not to identify the Border Patrol agent who works in an undercover capacity. The other agents are identified in court records by the following names and associated code numbers:

The U.S. Justice Department reportedly has indicated it is investigating whether the use of force was justified in the Hernandez case.

Autopsy results showed Hernandez's blood tested positive for methamphetamine, which may have contributed to his death.

No criminal charges have been filed against any of the agents or officers involved.