California may soon become the first state in the nation to ban pet stores from selling commercially bred animals. 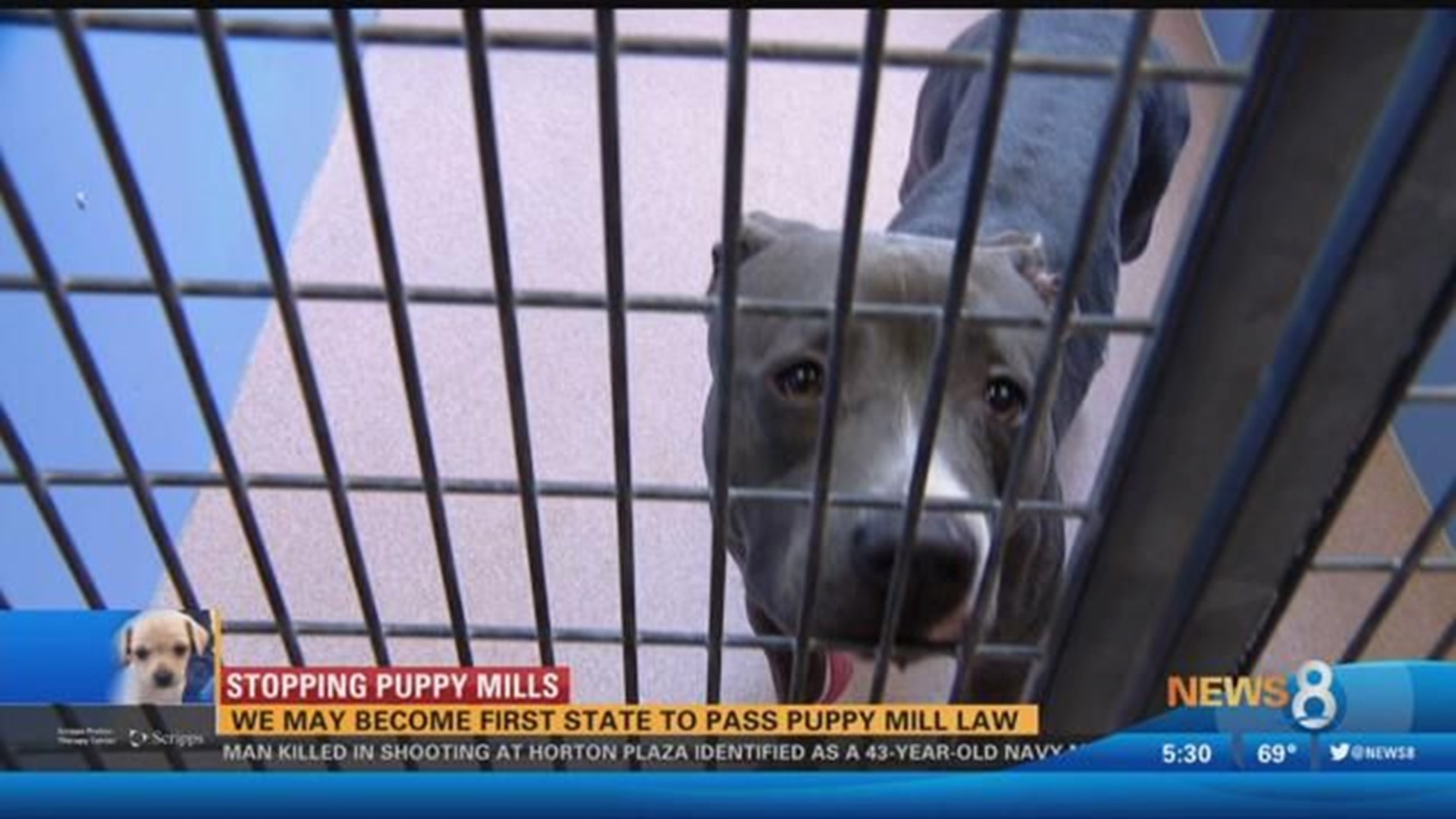 SAN DIEGO (NEWS 8) — California is one step closer to becoming the first state in the nation to ban pet stores from selling commercially bred animals.

The State Senate on Tuesday passed a bill that would require all dogs, cats and rabbits sold in pet stores to be rescue animals. An Assembly vote is expected on Friday.

According to legislators who support the bill, if more animals at shelters are adopted, it'll not only save their lives; but also taxpayer money, because there will be less animals needing care.

Assemblyman Patrick O'Donnell from Long Beach co-authored AB 485 that would make it illegal for pet stores in the state to sell dogs, cats and rabbits that come from professional breeders. Instead, their animals would have to come from shelters and other non-profits that help animals. The hope is to put puppy mills - where dogs are raised in horrific conditions - out of business.

"The sad thing is many of these puppies come from very dirty, unhealthy facilities in the Midwest," said O'Donnell. "All the while, sitting in our shelters are puppies, cats, bunnies that cost money to be housed and, ultimately, cost money to be put to death."

If passed, California would become the first state to ban stores from selling those commercially bred animals. But several cities in our county, including San Diego, Chula Vista, Encinitas, Carlsbad, Solana Beach, Vista, Oceanside and San Marcos have already passed their own bans.

Mike Bober is president of the Pet Industry Joint Advisory Council - a lobbying group for pet stores. He says not only will this ban have a disastrous effect on mom-and-pop pet store businesses, but it will also hurt consumers.

"In some cases, people with allergies or other specific lifestyle needs that require them to find a specific breed of animal, rather than going to their local animal shelter and adopting the animal that happens to be most available," said Bober.

The bill does not affect small backyard breeders, who generally advertise on Craigslist.