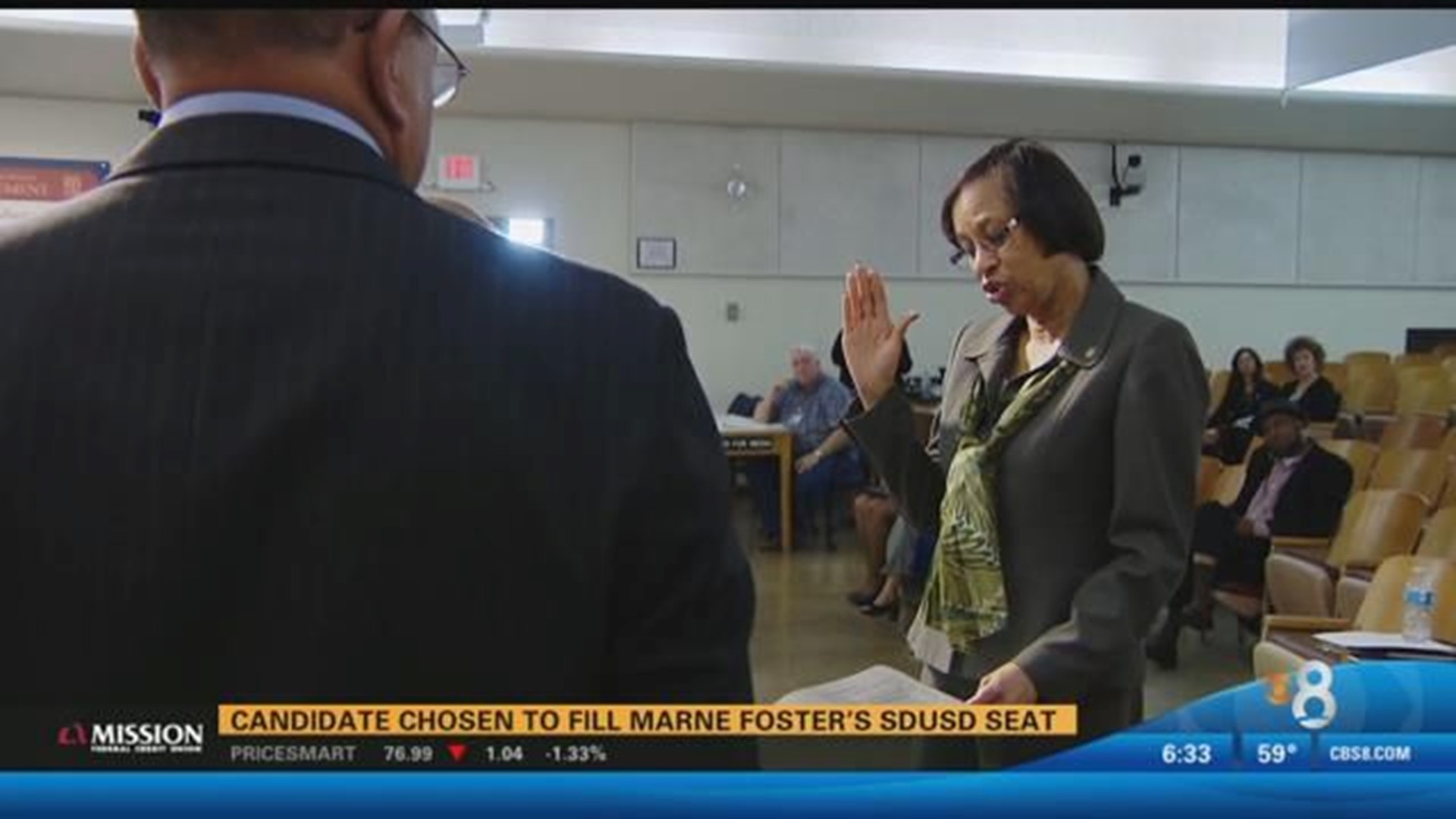 SAN DIEGO (CNS) - Retired teacher and administrator Sharon Whitehurst- Payne was unanimously selected tonight to fill the vacancy on the San Diego Unified School District Board of Education caused by the resignation of Marne Foster.

Whitehurst-Payne was selected among the four finalists who were each given 15 minutes in front of the board to answer nine questions that were supplied to the candidates in advance.

Whitehurst-Payne said her priorities are to bring together the community, move forward and begin the healing.

"I am committed to every child in this district,'' Whitehurst-Payne said from her new spot on the dais after being sworn into office. ``Thank you all for this vote of confidence, I look forward to getting to work.''

The other finalists were Brenda Campbell, LaShae Collins and Erica Dibello-Hitta. They were selected from a group of 10 candidates who addressed the board last week.

Whitehurst-Payne has more than 44 years experience in public education, including 31 in the San Diego Unified School District.

"I am committed to public education,'' she said in her prepared remarks to the board. ``We want to serve the needs of all students, not just one group of students.''

It is our light, not our darkness that most frightens us.''

Whitehurst-Payne and Collins are running for the seat in the June primary. Because the seat representing Southeast San Diego is up for election this year, board members opted against holding a special election to fill the position.

The term Foster was elected to ends on Dec. 5.

Foster resigned Feb. 7, five days after pleading guilty to receiving financial gifts over the legal limit. She admitted that a benefactor gave her son money toward a theater camp in 2014 and paid for his airline tickets.

The board deliberated in open session after hearing from the candidates and about a dozen District E residents. Trustees John Lee Evans and Kevin Beiser praised Whitehurst-Payne as being the one who best articulated the difference in the roles between the board and Superintendent Cindy Marten. Trustee Richard Barrera applauded her leadership for "decades and decades."

"I learned what's possible,'' Barrera said. "Set our expectations high and work together."

Said Board President Michael McQuary: "It's a big job and a big responsibility."

Whitehurst-Payne took the oath of office at the end of the two-hour meeting. She was sworn in by San Diego County Office of Education Superintendent Randolph Ward and Bishop George McKinney of St. Stephen's Cathedral Church of God in Christ in Southeast San Diego.