Law enforcement officers around San Diego County will be on the lookout for drunken drivers Thursday and over the Cinco de Mayo holiday weekend. 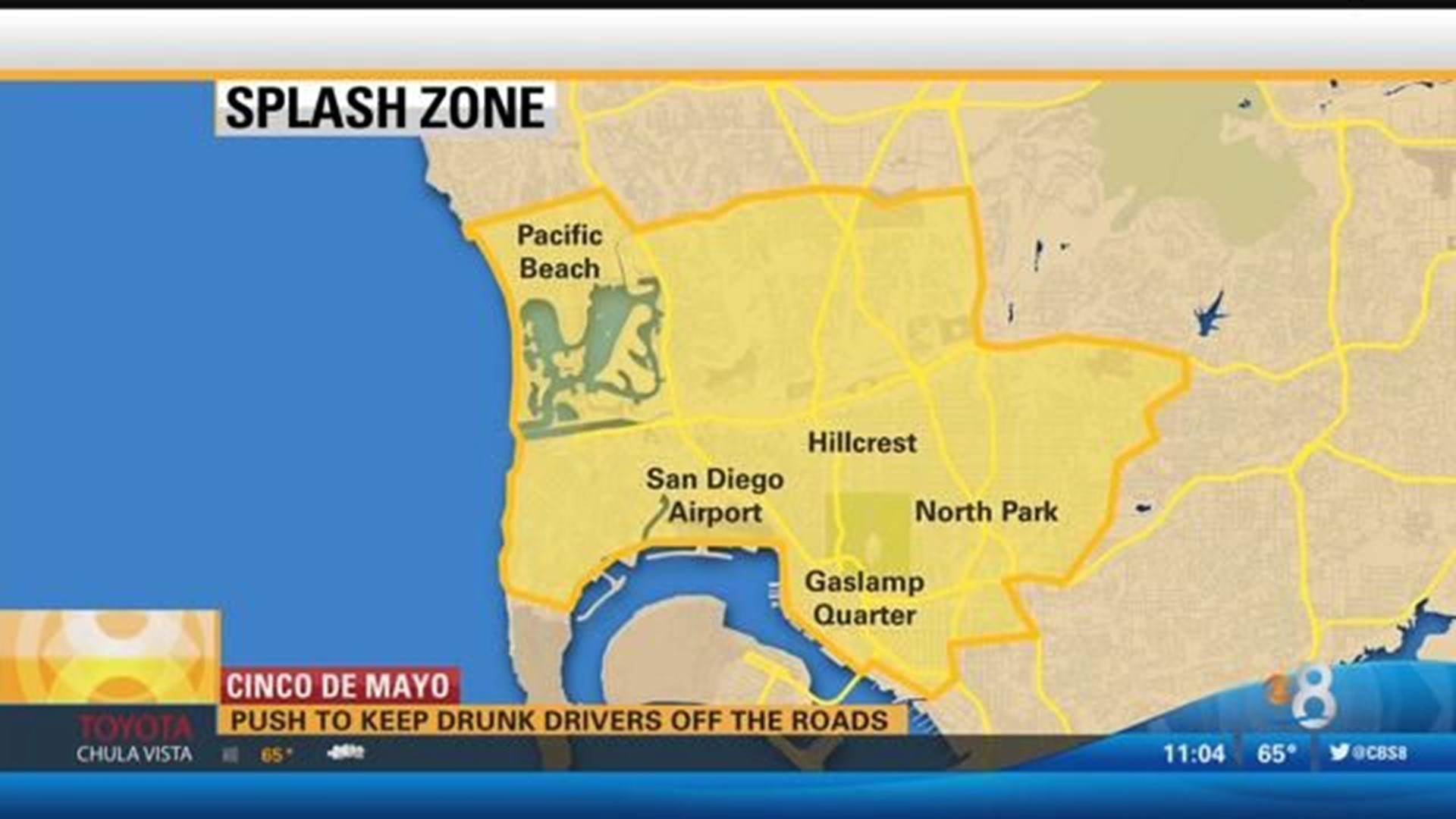 SAN DIEGO (CNS) - Law enforcement officers around San Diego County will be on the lookout for drunken drivers Thursday and over the Cinco de Mayo holiday weekend.

Mothers Against Drunk Driving also teamed up with UBER to try and make sure everyone gets home safely. UBER said they teamed up with MADD to offer free carpool rides in San Diego's party zones.

Riders can get free rides when carpooling within the splash zone - which includes Pacific Beach to the Gaslamp and over to North Park.

Deputies will conduct extra patrols in their various jurisdictions tonight and plan to set up a checkpoint in Imperial Beach Saturday, according to a sheriff's department statement. Five suspected drivers were arrested on last year's Cinco de Mayo and four were taken into custody in 2014.

"No matter what day it is, you should never drink and drive," Sheriff Bill Gore said in the statement. "If you do drink, have a designated driver ready or call a taxi or ride-sharing service.''

Deputies also plan to set up checkpoints in Santee May 13, in Lemon Grove May 27 and in Poway May 28.

Chula Vista police will conduct a similar checkpoint operation at an undisclosed location in the city from 6 p.m. Saturday to 2 a.m. Sunday. Officers will also check for license violations, police said.