Residents in Clairemont on Monday expressed their opposition to a proposed affordable housing project. 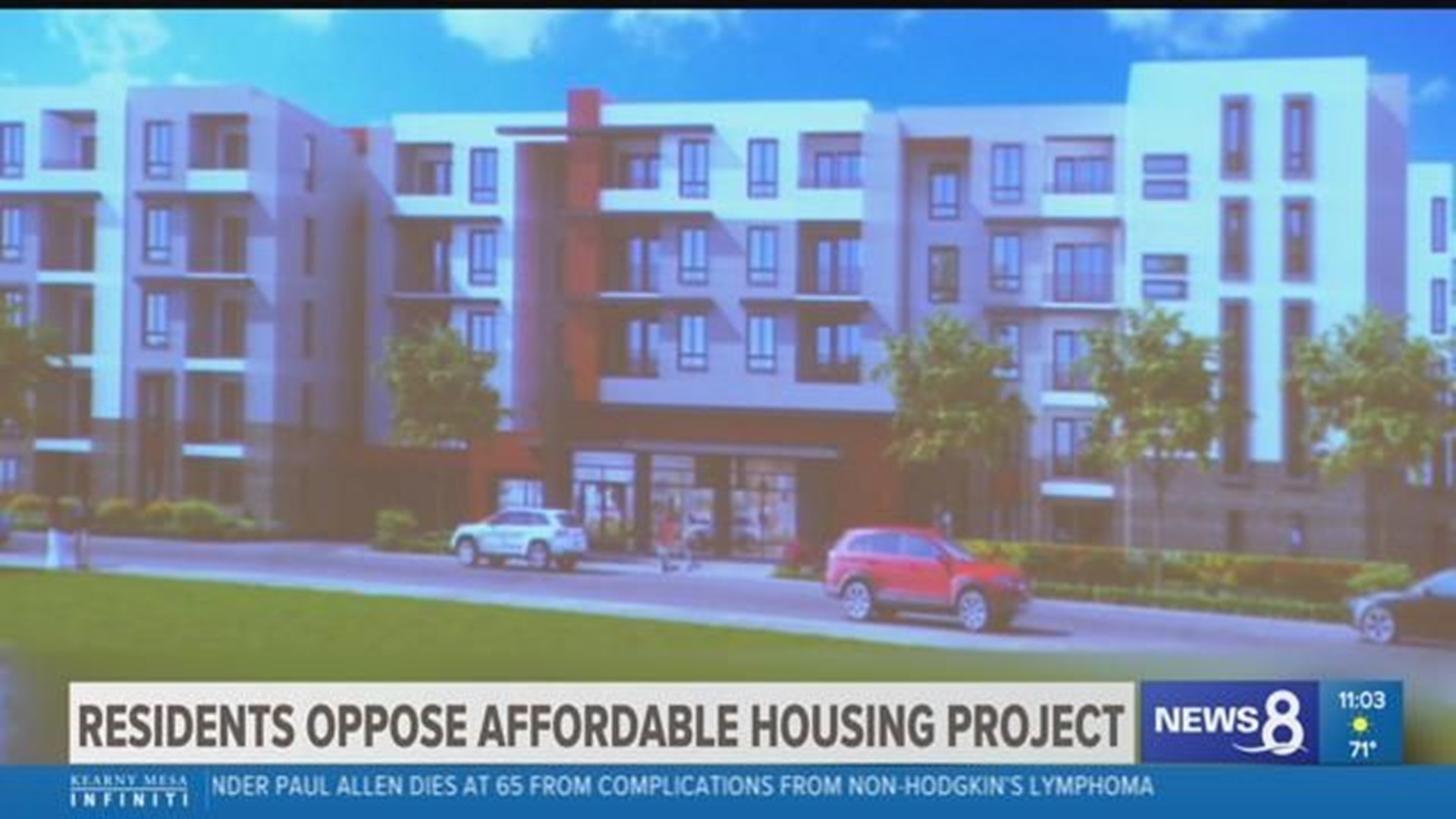 CLAIREMONT (NEWS 8) - Residents in Clairemont on Monday expressed their opposition to a proposed affordable housing project.

The five-story high-rise would be built on the site of the former county crime lab. While the project would address the city’s affordable housing crisis, residents who live in the area said they do not want it their neighborhood.

The project would offer more than 400 units to San Diegans who may otherwise be homeless – putting aside a significant number of units for high-risk populations including the disabled and mentally ill. Residents, however, in their opposition said they believe the project would create more problems for the community than it would solve.

Gloria Edwards has lived in Clairemont since 1970, and lives five homes away from where the affordable-housing high-rise is being proposed on Mt. Etna Drive. It’s a project she is not on board with saying, “our neighborhood is going to be torn apart and it doesn’t need to be.”

The 100-percent affordable housing project would house 404 units – 152 of them for seniors with 52 units set aside for the developmentally disabled.

The developer, Chelsea Investment Corporation, touted the project as an innovating design that would bring generations together and provide resources to those in dire need.

In their fierce opposition, residents in the area said the project would create too much new housing in too small of a space – creating safety issues as well as major parking and traffic concerns.

“They slid it by us. They did not say a word about it. They have been planning it all along – kept us in the dark until the last minute,” according to George Hagood.

Lorraine Jeanes, another area resident, said “let them put it in their own back yard and see if they like it. Take it to La Jolla.”

The project still has to clear a number of hurdles before ultimately receiving the green light with a vote by the City Council anticipated in the fall of next year. If it passes, construction would begin sometime in 2020.

San Diegans who wish to comment on the proposal have until this coming Friday to do so online.