The community came together Wednesday night to push for solutions to San Diego's homeless problem. 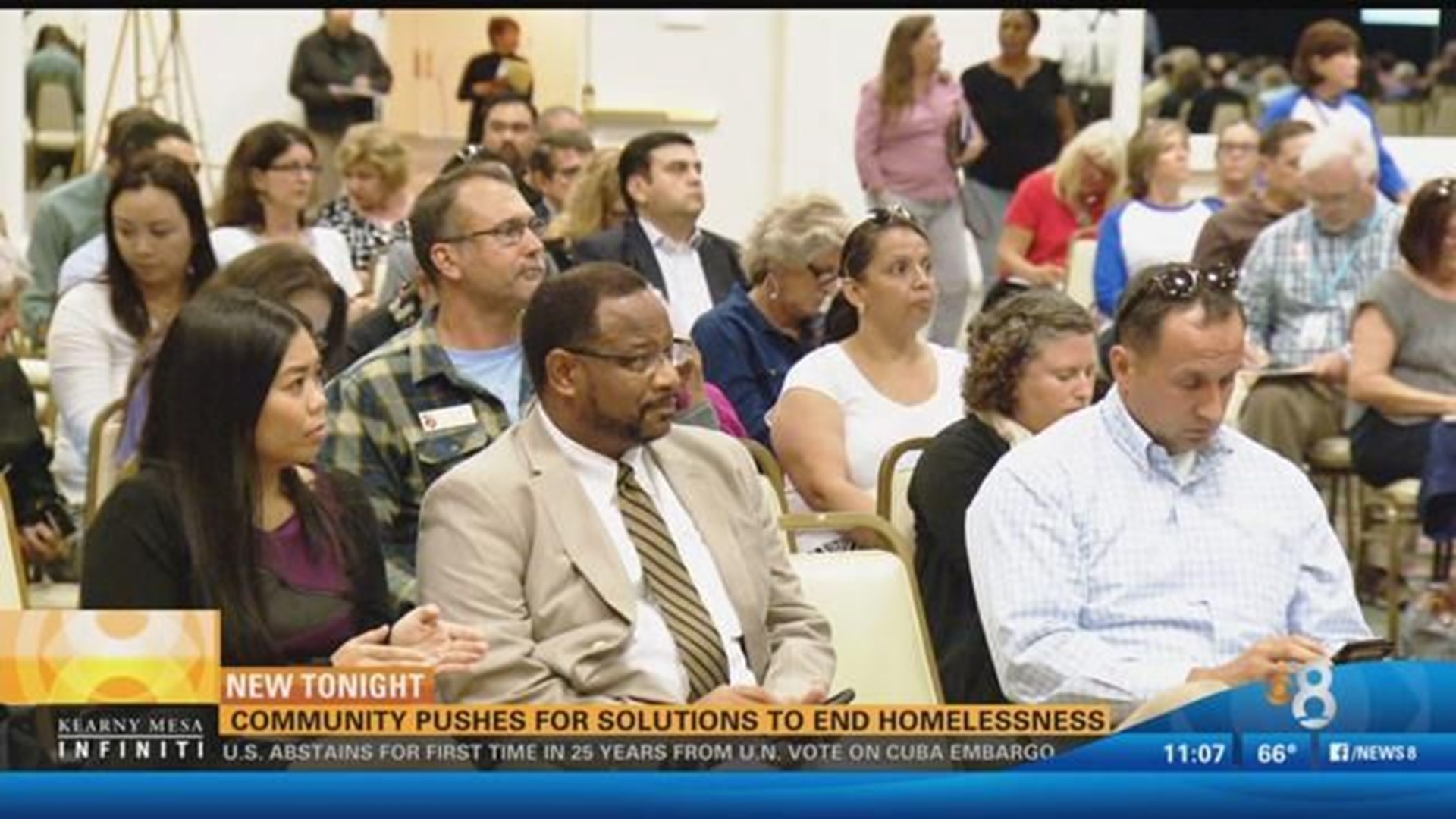 During Wednesday's town hall the focus was on finding viable solutions for homelessness in San Diego. While there was some disagreement among those in attendance, one thing was agreed on - only by working together at the local, state and federal levels will progress be made.

One solution encompassed a myriad of options from short-term shelters to long-term housing alternatives. Also presented were outreach programs to connect homeless people with mental health care, job training and other resources.

One creative idea that seems to be working is an initiative through the Downtown San Diego Partnership and Sharp Health Care to help reunite homeless individuals with their families across the country.

"The program has been the most beneficial to us in downtown, but it is by no means the solution," said a speaker at the town hall.

John Kitchin has been homeless for the past nine years and said it comes down to creating truly affordable housing. "We need to have people earning enough money to pay rent. We need to have more jobs in San Diego," he said.

Several speakers at Wednesday night's town hall attributed a recent spike in the number of homeless in San Diego to the passage of Prop 47 - which downgraded many drug-related felonies to misdemeanors.

"We need the judges to not keep putting them back out on the streets. We need a way to get the people on the streets the treatment that they need and deserve," said another speaker.

Not everyone was willing to blame Prop 47 for this surge.

"They are homeless because they can't afford any of the available housing that is out there," said a speaker.

Earlier this year, a survey by the Regional Task Force on the homeless found nearly 8,700 people living without a home in San Diego County. That number is a 19-percent increase in the number of homeless living on the streets compared to last year.