Coyotes are becoming more and more of a problem for San Diego residents. People are not only reporting sightings, but their pets are being attacked and killed. Officials say "coyote hazing" could p... 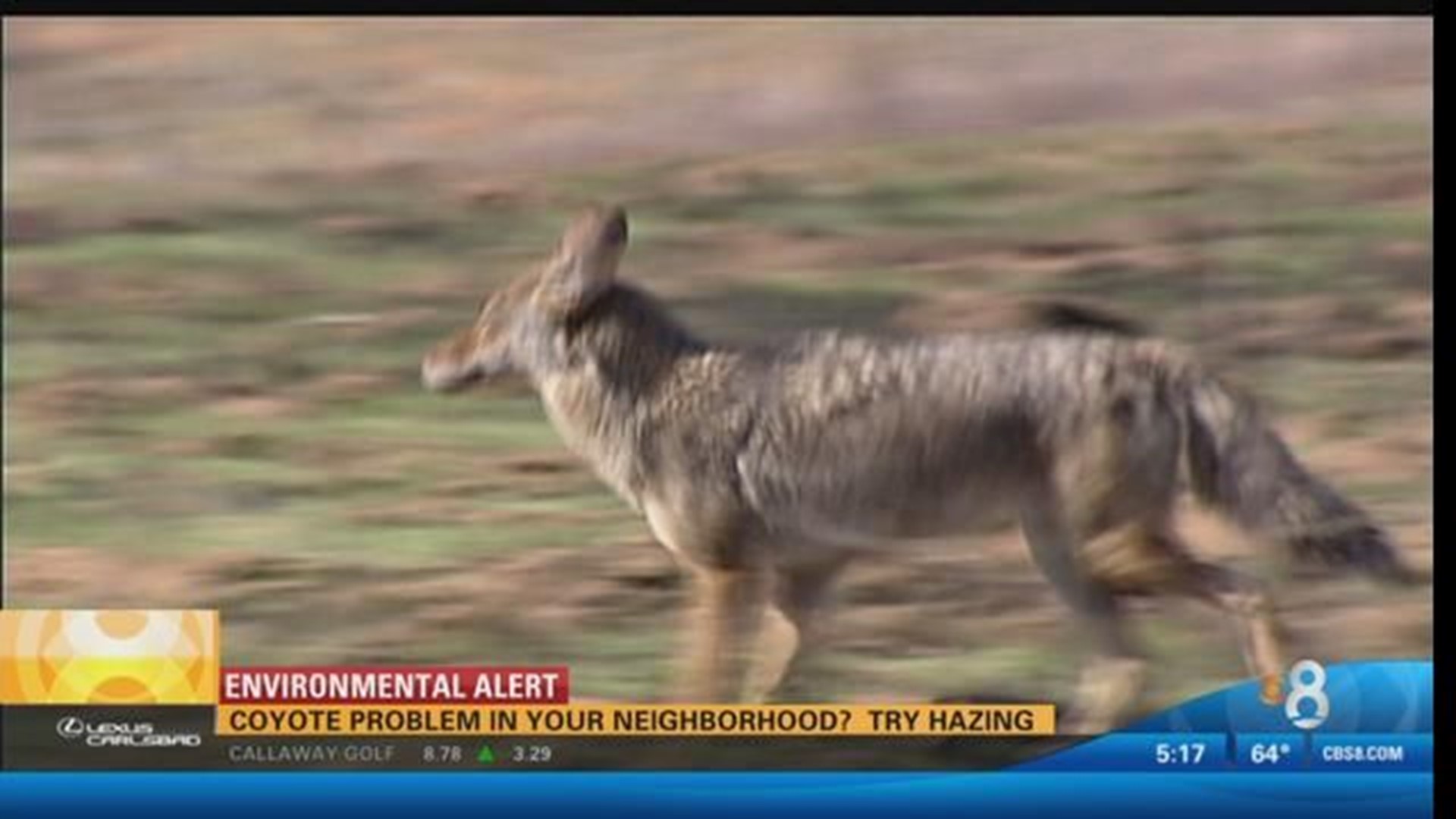 SAN DIEGO (CBS 8) - Coyotes are becoming more and more of a problem for San Diego residents. People are not only reporting sightings, but their pets are being attacked and killed. Officials say "coyote hazing" could protect you and your animals.

Jackson likes to walk in his Scripps Ranch neighborhood, but sometimes he has unexpected company.

"Two coyotes kind of came up behind me, and then I walked further and two got in front of me," he said.

Gary Fisher says they've never tried to hurt him, but the Scripps Ranch Civic Association reports pets are being attacked and killed.

County animal control Lt. Kalani Hudson says the problem is that we're building further and further into wildlife areas, and our active lifestyles put us out and about with a better chance to run into wildlife that's looking for easy snacks.

"They're very opportunistic hunters too, and if somebody leaves a small pet unattended in a yard they're thinking that's a free Big Mac sitting on the curb for them," Hudson said.

If you spot a coyote in your neighborhood, rule number one is don't run away. The coyote's prey drive could kick in and it might chase you. Instead, try to intimidate the animal through a process called "hazing."

"Make noise. Be loud. Put your hands up in the air or yell at them. It doesn't matter what you're yelling because they don't understand, but be loud. It can be gibberish," Hudson said.

Shaking a water bottle filled with coins or rocks or using an air horn can also do the trick. Another great noise maker is banging pots and pans. And if the coyote takes a few steps and the stops and turns toward you, keep banging the pots and pans, slowly walking toward the animal until it completely leaves the area.

Hudson also recommends a squirt gun filled with vinegar, or to spray a garden hose in the coyote's direction. The goal is to make the coyote afraid of people, and not comfortable enough to approach them.