Investigators have uncovered "substantial and conclusive evidence" that Potter murdered his wife. 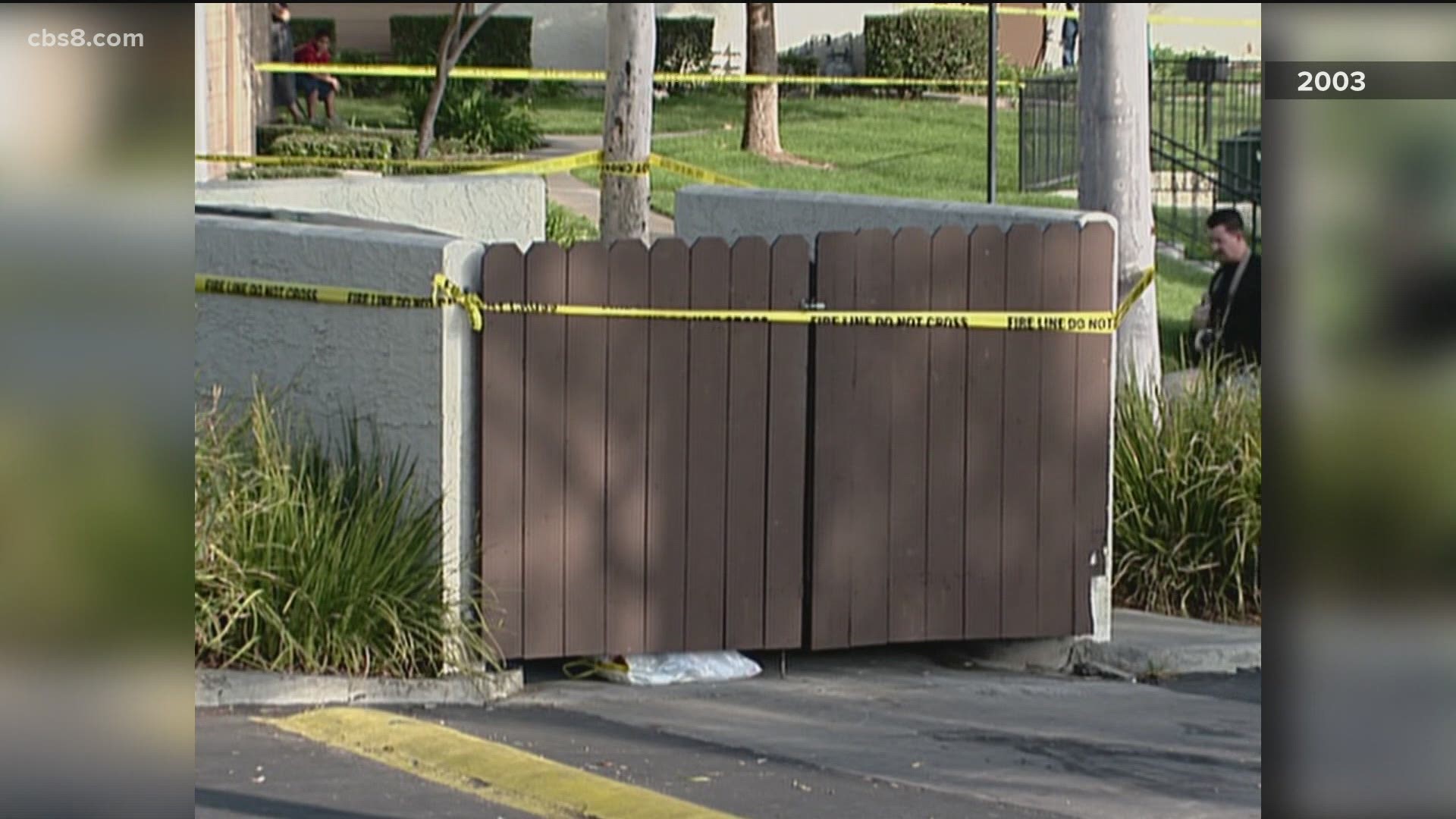 RANCHO SAN DIEGO, Calif. — Sheriff's officials Friday announced the arrest of the husband of a murder victim who went unidentified for nearly two decades after her legs were discovered inside a dumpster in Rancho San Diego.

Though investigators were able to determine the remains belonged to an adult female victim of a homicide, her identity and what happened to her remained a mystery until recently, according to sheriff's Lt. Thomas Seiver.

The sheriff's department has not released a cause of death or a suspected motive for the killing, though Seiver said investigators have uncovered "substantial and conclusive evidence" that Potter murdered his wife.

The criminal complaint charging Potter with murder indicates authorities believe the victim was killed on either Oct. 4 or Oct. 5, but does not specify how she died.

Potter was arrested Wednesday at his apartment in Rancho Cucamonga, Seiver said. He's being held without bail at the San Diego Central Jail and is tentatively scheduled to be arraigned next week, according to county jail records.

Genetic genealogy testing, the same technology used to capture the Golden State Killer, aided investigators in identifying Laurie Potter, who was a Temecula resident at the time of her death, Seiver said.

"This case was unlikely to have ever been solved without the use of investigative genetic geneaology," according to Seiver, who said Laurie Potter was never reported missing. Troy DuGal, a detective with the sheriff's Cold Case Homicide unit, said Laurie's family, though unaware of her whereabouts, believed she was still alive.

Seiver said the case is the first in the San Diego region in which the technology was used to identify a homicide victim. DuGal said genetic geneaology was used on two prior occasions to identify local suspects, both of whom were already deceased by the time they were identified.