Speeding tickets up in San Diego, across California amid pandemic

CHP officers wrote more than 15,000 tickets statewide between mid-March and mid-August, including about 1,000 in the San Diego area. 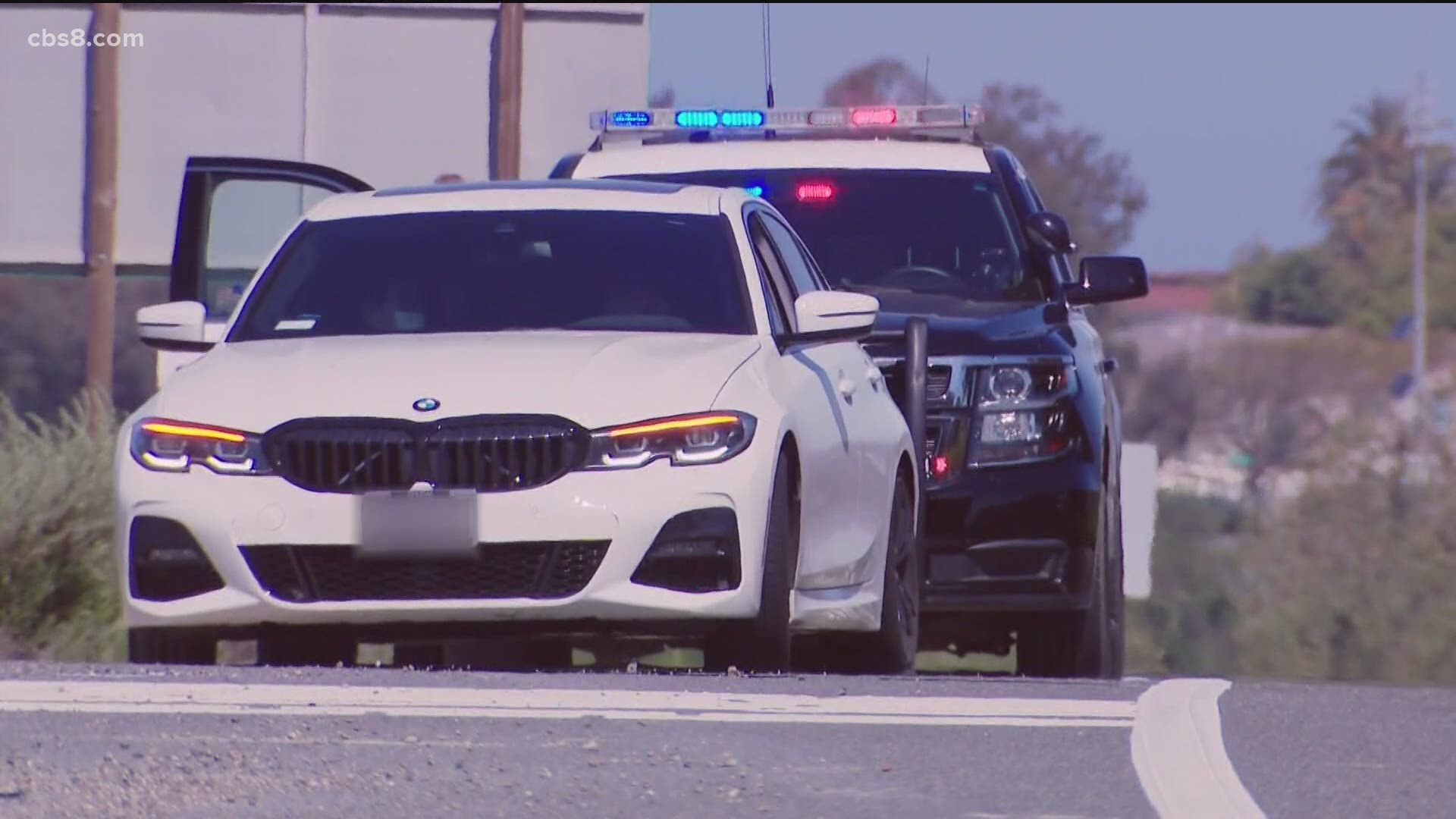 SAN DIEGO COUNTY, Calif. — California Highway Patrol ticketed more than twice as many drivers for speeding in excess of 100 mph during the pandemic. Officers wrote more than 15,000 tickets statewide between mid-March and mid-August, including about 1,000 in the San Diego area.

“I can be driving 60, 65 mph, and go to make a lane change and the vehicle that I never knew was behind me because they were a little dot in that rearview mirror suddenly becomes a vehicle within a couple of feet of me and I've never even realized it. It's incredibly dangerous to the other people on the roadways. A small correction that somebody at 100 mph needs to make is deadly,” said Ofc. Mary Bailey with the CHP Border Division.

She has heard drivers give several excuses after getting caught speeding more than 100 mph.

“It can be anything from running late to work to just that they didn't even realize they were going over 100 mph,” said Bailey. “I even had a lady told me that there's no way she went over 100 miles per hour because she had her 2-year-old in the car. Really there's no good reason to go over 100 mph.”

CHP believes some drivers may be taking advantage of reduced traffic volume during the pandemic. The San Diego Association of Governments estimated traffic was down 21% in June compared to a year earlier as some employees continue to work from home.

Overall, fewer people are dying on the roads nationwide. However, the National Safety Council found the rate of fatal crashes has increased 24%.

Highway Patrol has posted images of tickets issued and radar/lidar systems showing how fast drivers were going. In some cases, drivers were also cited for other crimes, such as driving without insurance.

The penalty for being convicted of speeding in excess of 100 mph for the first time can include a fine of $500, in addition to court costs, and a license suspension of up to 30 days.

“We're posting it because a lot of people don't think it actually exists out there,” said Bailey. “They're real. They're not ones that we're just writing to posts on social media. They're really out there and it's maybe starting that conversation at home.”