78-year-old Douglas Badger has been convicted of child molestation, kidnapping and forcible oral copulation, and diagnosed with sexual sadism and schizophrenia 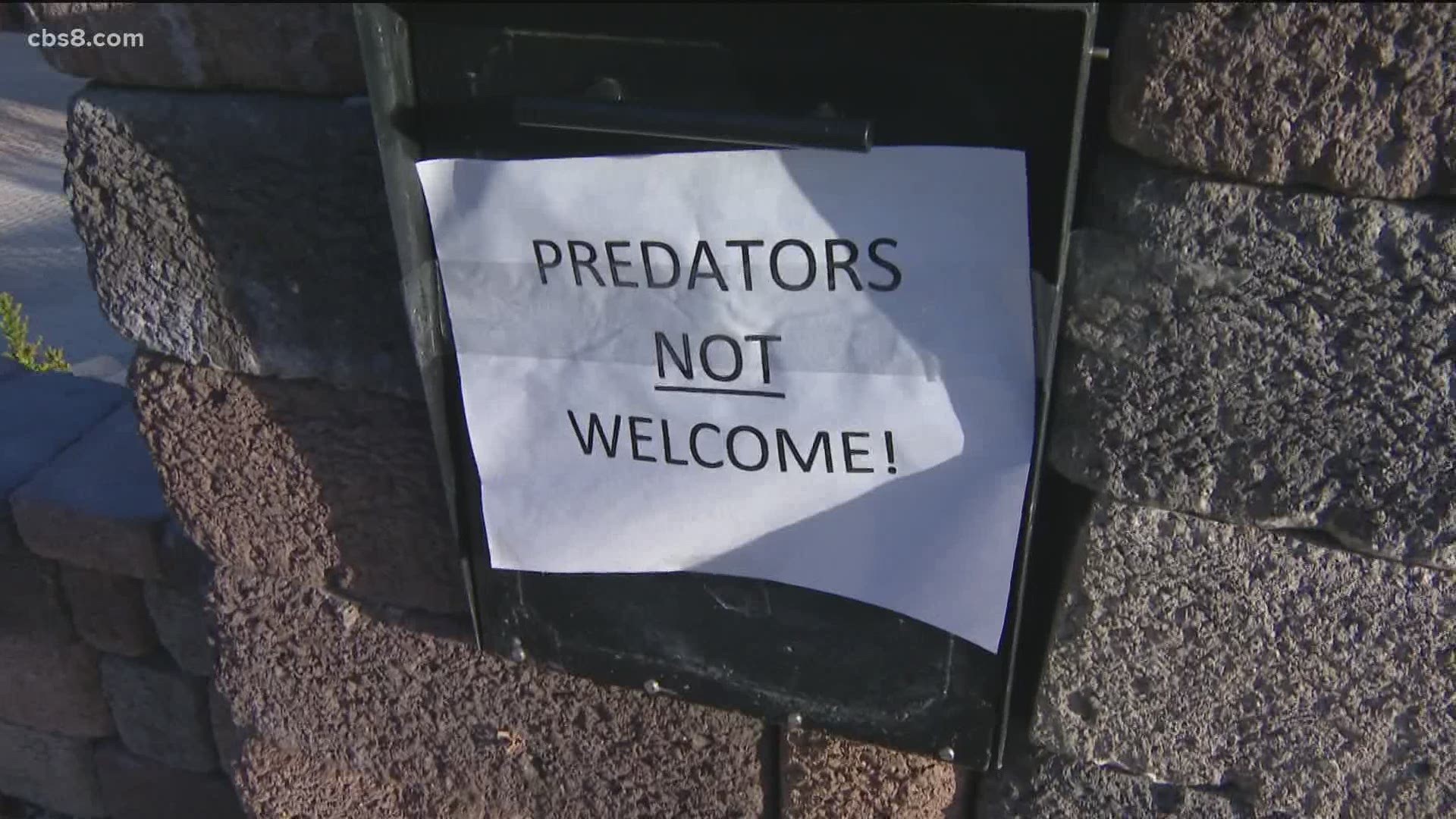 SAN DIEGO COUNTY, Calif. — A hearing will be held on April 20 to determine whether to place a man convicted of several sexual assaults in a supervised home in unincorporated El Cajon.

Douglas Badger, 78, was convicted of offenses that include child molestation, kidnapping and forcible oral copulation. His victims were predominately male strangers, many of them hitchhikers, according to the San Diego County District Attorney's Office.

He most recently was sentenced to state prison in 1991 and was civilly committed to a state hospital in 1997.

Badger is classified as a sexually violent predator, a designation for those convicted of sexually violent offenses and diagnosed with a mental disorder that makes them likely to re-offend.

Credit: Richard Allyn
A community meeting has been set for Tuesday Apr. 6 at 5:30 pm

He since petitioned for release into the Conditional Release Program — or CONREP — for sex offenders and was granted conditional release earlier this year.

The California Department of State Hospitals recommended placing Badger in a home on Horizon Hills Drive, but the public may still weigh in on whether the location is appropriate.

Public comments will be accepted through April 9 and can be submitted by calling 858-495-3619, or emailing sdsafe@sdsheriff.org.